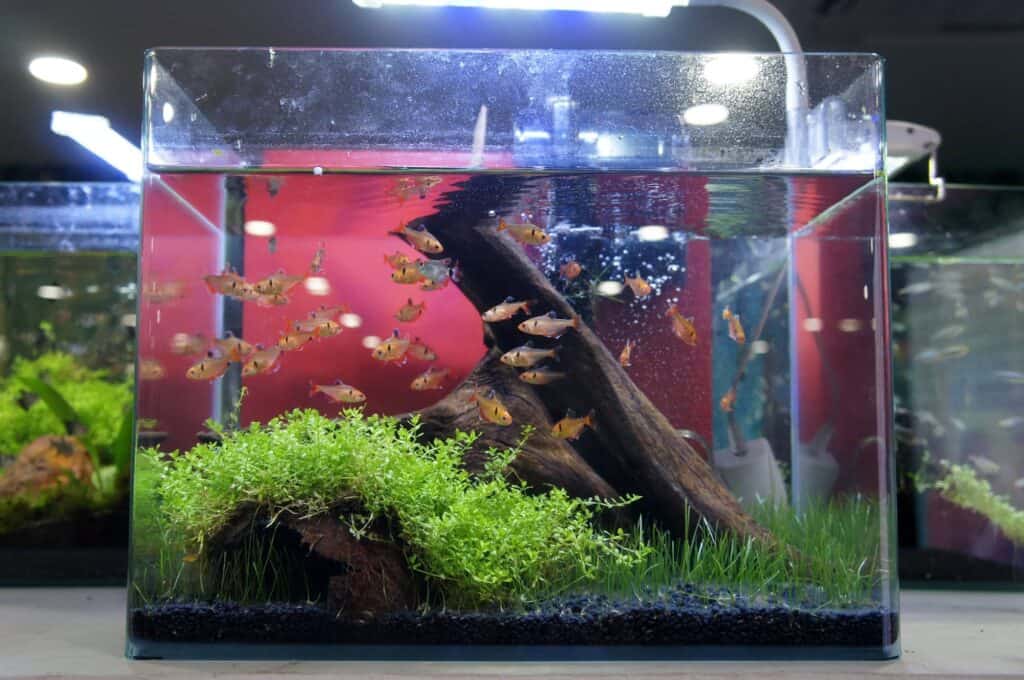 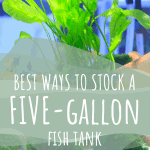 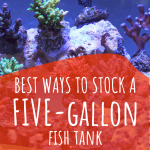 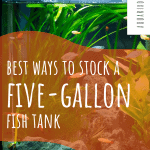 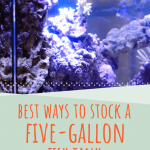 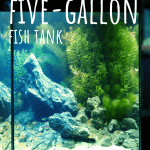 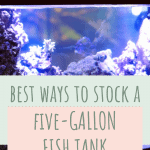 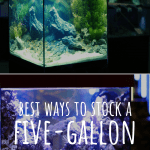 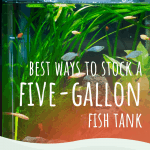 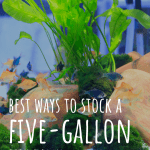 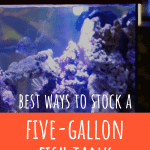 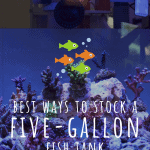 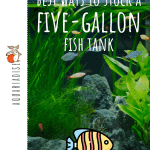 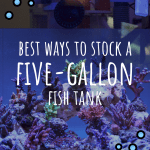 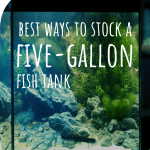 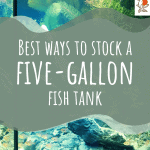 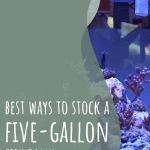 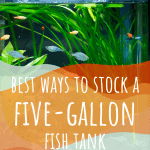 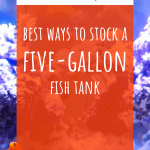 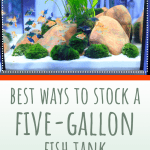 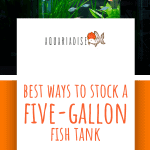 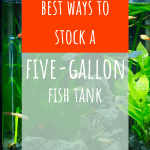 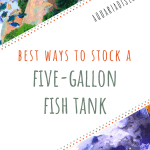 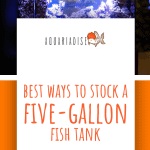 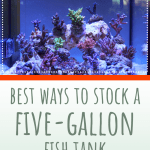 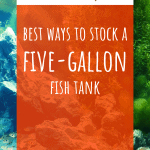 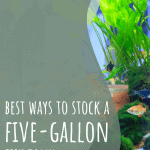 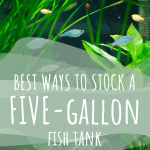 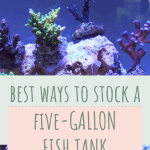 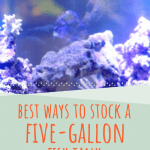 If you’re thinking about setting up a 5 gallon (18L) aquarium, it’s easy to get confused by the conflicting information spread around the internet and by aquarium stores. What are the best fish for a five-gallon fish tank? How many fish should you get? Can you put plants in?

Keep reading for everything you need to know about stocking and maintaining one of these small fish tanks!

Five-gallon aquariums are among the most popular tank sizes. Not surprising, as they are small and you can easily fit one into pretty much any room. Is a five-gallon a good choice, though?

A five-gallon tank or cube is the smallest size aquarium that can actually hold fish. Any smaller than this and you’ll encounter difficulties keeping a stable cycle and not providing your stock with enough room to swim. Even the smallest fish need space to move and explore!

A quick look on the internet seems to reveal plenty of options for your five-gallon. Some sites list many species as suitable for a tank this size, but are they really? Although a well-maintained five-gallon aquarium can make a great addition to your home (especially when densely planted), it does limit your choices of fish. Is that bad?

I say no! Even though there aren’t many different fish species that will thrive in a five-gallon aquarium you can still set up a lively and entertaining tank. My favorite choices for an aquarium of this size are invertebrates.

We’ll lay out the do’s and don’ts of stocking a five-gallon fish tank below – let’s start with the don’ts.

To prevent confusion, the list below contains some fish species that are often recommended as being suitable for five-gallon setups while they would actually do much better in a larger tank. They are too active, grow too large or are unable to handle unstable water quality.

When stocking your five-gallon, be sure to avoid them! Bolded names lead to a full care sheet with more information about the particular species.

To prevent confusion, the list below contains some fish species that are often recommended as being suitable for five-gallon setups while they would actually do much better in a larger tank. They are too active, grow too large or are unable to handle unstable water quality.

When stocking your five-gallon aquarium, be sure to avoid the offenders on this list! Bolded names lead to a full care sheet with more information about the particular species.

Even tiny fish like dwarf Rasboras need more than 5 gallons to thrive.

As you can see above, many of the popular fish species that are often recommended for five-gallon setups are actually not the best idea, but don’t despair!

There are a few fun fish and invertebrates that will do wonderfully in a tank of this size. However, just remember that you must cycle your tank! In a 5 gallon aquarium, it’s easy to mess up the water chemistry, which can prove fatal to the inhabitants before you even know there’s anything wrong.

Below are examples of suitable critters for stocking five-gallon tanks.

Many of these species can be combined as their bioload is relatively small. You can easily add a few shrimp or snails to pretty much any setup, although if you decide to go for a Betta it’s a good idea to have a plan B. It depends on the individual fish whether they have a taste for these inverts or not.

Although your options when it comes to fish are limited, five-gallon aquariums are perfect as planted tanks. There are plenty of plant species that stay relatively small and don’t require much maintenance. The species on the list of nano aquarium plants might prove helpful here!

Setting up and maintaining a lovely green aquascape is not as difficult as many aquarists think and nothing will make your stock happier than a natural environment with plenty of hiding places. A well-maintained planted tank will really brighten up any room and bring a tiny piece of nature into your home. Even in such a limited amount of water, you can truly set up your own little ecosystem.

The best way to stock nano tanks is still subject of a heated debate on many aquarium forums and websites. When picking a stock yourself, try to keep in mind that just because a fish survives, this is no guarantee it’s thriving.

Be honest with yourself about what’s the best for your fish and remember that understocking is always better than overstocking and choosing fish responsibly can save you a lot of heartache, trouble and money in later stages.

If you still have questions about stocking your five gallon aquarium or if you want to share your own experiences, be sure to leave a comment below. Happy fishkeeping!