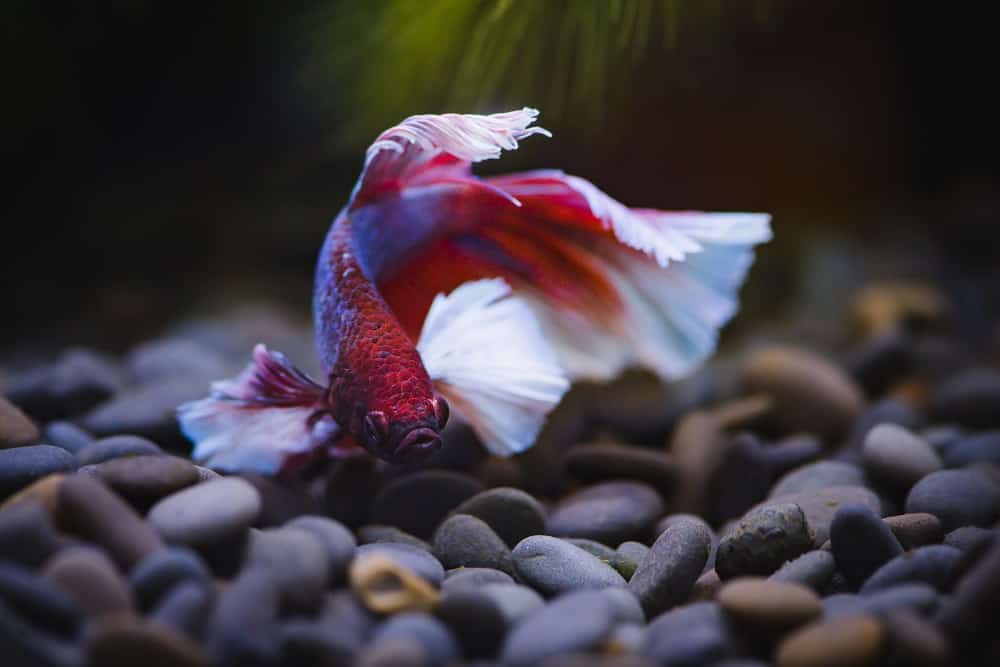 If you’ve just gotten your own first Betta or maybe unfortunately just lost a fish, you might be wondering about Betta fish lifespan. How long do Betta fish live? How old do they get and what influences their survival?

In this article we’ll give you the short answer first and then go into factors that affect Betta fish lifespan. Additionally, there’s a list at the bottom of the post describing what you can do yourself to make sure your fish lives a full, healthy life.

Note: Your Betta can only live a full, healthy life in a cycled and heated aquarium. If you’d like to know more about a healthy environment for a Betta fish, check out why Betta bowls are bad and the general Betta fish caresheet.

How long do Betta fish live? The short answer.

The average Betta fish lifespan today is around two to three years. However, since many Bettas you get from pet stores are at least already six months old or more, you’d be very lucky to keep yours for two years.

Nowadays, many people struggle to even keep their Betta fish happy and healthy for a year or year and a half, despite proper care and clean water. This is worrying to many hobbyists, since it seems that the average Betta fish lifespan is dropping. You still hear a lot of people saying that they’ve had (or still have) a Betta fish live for four or five years. This is absolutely feasible but is no longer the norm.

Did you know? When you see older Betta fish, they interestingly tend to be of the veil tail variety. There is some speculation that the red and blue veil tail Bettas are the hardiest and live longest simply because they haven’t been selectively bred as extensively. Basically, they’ve been ‘tampered’ with less than some designer Betta varieties.

What affects the average Betta fish lifespan before you even get the Betta?

Even if you give your Betta the best care possible, you may still find your fish belly-up seemingly before its time. That’s because there are so many other factors at play that are out of your control.

Here are just some factors that affect how long Betta fish live:

What affects Betta fish lifespan after you get the Betta?

It’s still a sad fact of life that many people don’t know how to properly care for Betta fish and buy them on a whim as an “easy” or “disposable” pet. So many people still buy into the myth that Bettas can live in a plain fishbowl, for instance. While they can survive, they won’t thrive.

In this day and age, with so much information available at your fingertips, it’s disheartening when people don’t do their research before bringing a Betta fish, or any other kind of animal, home. A lot of people still think that the average Betta fish lifespan is only a month.

Here are factors that you can control that affect how long Betta fish live:

If you have any more questions about Betta fish lifespan or want to share your own experiences with these feisty little fish, don’t hesitate to leave a comment below. If you’d like to read more about Bettas and their care, head over to the Betta category for many more articles!