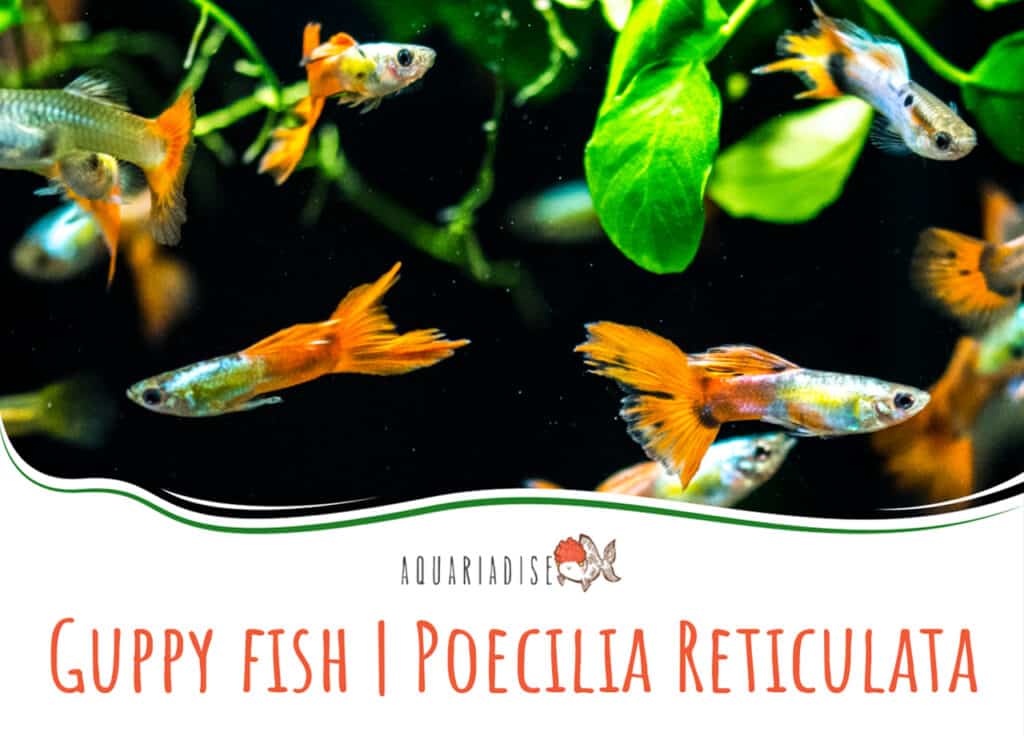 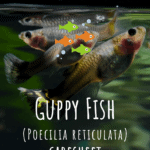 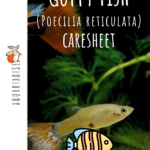 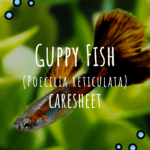 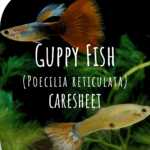 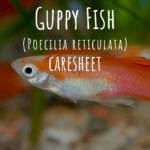 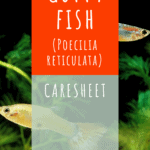 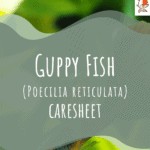 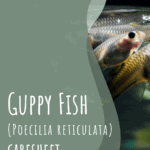 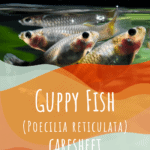 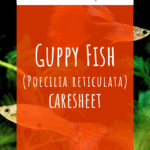 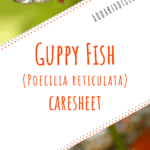 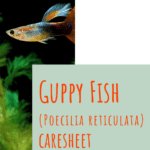 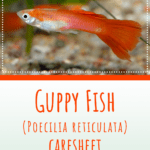 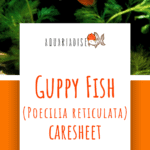 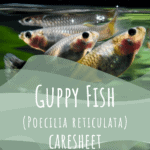 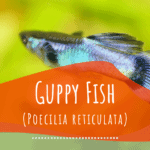 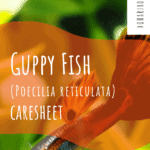 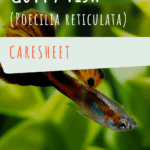 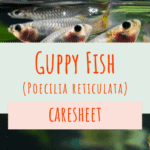 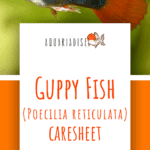 Guppies are one of the most popular aquarium fish species and for many the first thing that comes to mind when they think of fishkeeping. They are colorful, fun to keep and their active behavior can brighten up any tank, whether single-species or community. Unfortunately, like many popular fish species, they are often the victim of improper care due to lack of knowledge on their requirements.

Keep reading for more information about fancy guppy care and setting up your own guppy aquarium!

While guppies have been introduced throughout the world in attempts of mosquito control and by aquarists, they naturally occur in Venezuela, Brazil and various islands in the Caribbean sea. While they prefer streams and pools with thick vegetation, they can be found in almost any type of freshwater habitat and even occasionally in brackish waters.

Note: Like all aquarium fish and inverts, guppies should never be released in the wild. They tolerate a wide range of conditions and can actually survive in most waters, which means they can be very dangerous to native fish populations! If want to get rid of your guppies, please rehome them.

Their appearance is what made guppies so popular! While females and wild types are usually greyish brown color with the occasional blotch of color, males have been selectively bred to have a wide variety of colors, patterns and fin types. Their tail fins are often long and flowy.

Females can grow to twice the size of males and reach 2.5 inch/6 cm. When they are pregnant, a dark spot will appear behind their belly and they will become noticeably rounder.

For a small group of guppies, a large setup is not required.

Although they may occasionally have a nip at fish with longer fins (including other guppies), these livebearers are generally peaceful and should therefore only be kept with other peaceful species. They do well with other livebearers like platies, mollies, swordtails and other calm fish that can withstand the higher pH values guppies thrive in.

When choosing your guppies, it’s a good idea to think beforehand about whether you want to breed them. Because they breed so easily you’ll almost always end up with fry; do you want this? Do you have room for them or a place to rehome them if necessary? If the answers to these questions are yes, you can go for about 2 females to every male to avoid excessive harrassment. If the answers are no, you can stick to a setup with just males to prevent overcrowding!

As revealed by their upturned mouth, guppies are mainly insectivores in the wild. They prey on small bugs that have fallen into the water as well as mosquito larvae, which has led to their introduction in many throughout the world in an attempt to (unsuccesfully) reduce mosquito populations. They also eat algae, especially if other foods are scarce.

Commercially bred guppy varieties will accept almost any food and can be fed regular tropical fish food or guppy food, which is usually a bit smaller and easier for them to eat. A varied diet is important, so be sure to regularly supplement with frozen foods like mosquito larvae! You can even make your own homemade guppy gel food, as described here.

As mentioned before, guppies are a peaceful species. They enjoy being kept in groups and will stick together, especially when they’re nervous or during feeding time. They are active swimmers and you’ll constantly see them moving around, with the males chasing the females around and trying to impress them by bending themselves into odd shapes and wiggling their fins. This breeding behavior can even occasionally be seen in a males only setup!

Guppy fish will quickly learn where their food comes from and often react strongly when someone approaches the aquarium. If you’ve ever been in an aquarium store with a crowded guppy setup, you’ve probably seen the whole group flocking in your direction when you approached them. They will even chase a finger or hand together if they mistake it for food!

All in all, guppies are very amusing fish to keep. If you’re an experienced fishkeeper, don’t let their reputation as ‘beginner fish’ scare you off. They’re fun to watch and keep and a nice new challenge for any fishkeeper, both beginners and experts. The video below is a great example of a guppy setup and their interaction with each other and other livebearers.

Guppies are considered to be one of the easiest – if not the easiest aquarium fish to breed. If you put males and females together, there will be fry. Although they run the risk of being eaten by their parents and other tankmates, in a densely planted tank with lots of floating plants the fry have a good chance of survival and you usually don’t have to interfere.

If you want to get into serious guppy breeding, be sure to buy your stock from a responsible (local) breeder or at a guppy show, not at a pet- or aquarium store where you don’t know their origins. These mass bred guppies will often have hidden defects and can be much weaker, so you don’t want them to pass this on to their offspring!

If you have any more questions about keeping guppies or want to share your own experiences, be sure to leave a comment below. Happy guppy keeping!