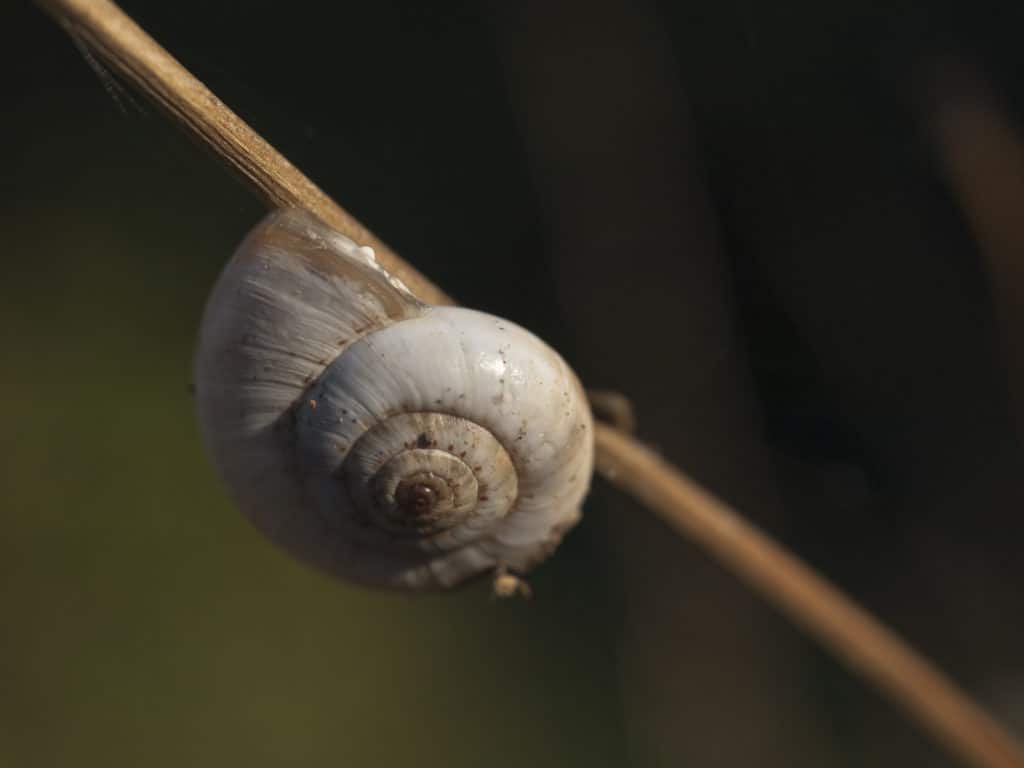 Some might call these snails pests while others call them gems. The ramshorn snail can definitely cause some hobbyists problems, but they can also be one of the more colorful and interesting freshwater snails you come across. As long as populations are regulated and food levels are monitored, ramshorn snails can be kept with many types of fish and aquatic plants without any worry or additional care.

Keep reading to find out everything you need to know about ramshorn snails and keeping members of this family in your own freshwater aquarium!

Note: This guide is for ramshorn snail care. If you’re trying to eradicate your pest snail problem, check out our removal guide here.

The term ‘ramshorn snail’ generally refers to the Planorbidae family as a whole since individual species can be more difficult to correctly identify. They may also be labeled as ram’s horn snails.

This family is especially interesting as these snails lack gills and breathe air by way of lungs. Their blood contains iron-based hemoglobin instead of copper-based hemocyanin like most other types of mollusk. This modification allows them to breathe air better and also gives their body a signature reddish color.

While ramshorn populations are abundant in various bodies of water, it can be difficult to understand their true natural habitat since there are so many species. It is thought that they can be found all across the world, in freshwater slow-moving ponds, streams, and rivers where there are enough aquatic plants and other vegetation to allow them to thrive.

Even more interesting, some snails that are within the same species can be found at very different climates and in very different biotopes. For example, the marsh rams-horn (Helisoma trivolvis) range has been documented from as far south as Mexico, Peru, and Ecuador, to as far north as the Arctic Circle regions of Canada and Alaska.

And this isn’t even a rare example of their breadth of range! This same diversity can be said for many members of Planorbidae.

Note: It is strongly believed that the range of Planorbidae has largely been influenced by releases from the aquarium trade.

Due to their incredible adaptability to extreme water conditions and prolific rate of reproduction, the ramshorn snail is definitely an invasive species; although they have become unnaturally assimilated into environments, their presence has become accepted as part of the ecosystem in many places.

However, these snails have been known to greatly impact or destroy ecosystems that rely on a healthy population of aquatic vegetation. Ramshorn snails have also been studied as an integral host for parasites that have threatened fisheries and other fish-dependent habitats.

The ramshorn snail is aptly named after its striking resemblance to the curved horn of a ram. They can come in a variety of colors, like blues, reds, and spotted patterns. However, you’re most likely to see dark and light brown colorings. These snails can also be identified by their reddish bodies which are a result of the hemoglobin; their bodies may sometimes be black as well.

The ramshorn is a relatively small species of snail, usually staying under an inch (2.5 cm) when fully grown. Like other gastropods, these snails cannot leave their shell and will continue growing their own shell if calcium levels are optimal.

Unlike most snails, ramshorns lack an operculum, which is the hard disk that covers the snail when it retracts. These function to help the snail from not drying out if caught out of the water between tides. But since ramshorns are able to breathe air, they do not need to have this ability.

How fast do ramshorn snails grow?

Since they are small snails to begin with, it does not take too long for them to reach their maximum size. By 4-6 weeks, baby snails will have most likely reached their adult size.

The ramshorn snail can and will live in most aquarium settings and water conditions, which is why they’re such a headache for hobbyists! If you’re not trying to eradicate these ‘pests’ from your tank, then you should be looking to give them the proper care they need to stay healthy and to thrive.

If only keeping one ramshorn, a 5 gallon (19 L) tank should be enough; always check for eggs and/or baby snails to stay on top of the population. To allow for more ramshorn snails and the chance that they may breed, we recommend a 10 gallon (37.8 L) tank.

The pH of the water should be stable as well and kept between 7-8.

Are ramshorn snails good for your aquarium?

Many hobbyists find themselves overrun by a ramshorn snail problem in their aquarium, and not too many try to purposely introduce the species into their systems. These snails reproduce quickly and can start to destroy plants if not closely monitored. But there are definitely a few pros to keeping ramshorn snails: they are excellent algae cleaners, very easy to breed and use as feeders, and their shells come in a variety of beautiful colors.

Algae cleaners. Many hobbyists panic the first time they see that a ramshorn snail has made its way into their aquarium, but if you monitor the population, they can be quite the algae eater. These snails thrive on algae and will usually ignore plants if enough algae is readily available; once the algae has run out, it is important to keep your snails fed otherwise. This shouldn’t require too much extra care, just make sure that some fish food is making its way to the bottom of your tank for your snails to eat!

Note: These snails will also clean up decaying plants or other plant matter!

Feeders. Because the ramshorn snail has such a high reproduction rate, they’re often used as feeder snails for larger fish, like puffers. They are especially easy to cultivate since they can be kept in a small aquarium, don’t need the water heated, and can be fed pretty much anything.

Colorful. If you’re a snail fanatic, then color will definitely be something you’re considering for your aquarium. Their shells come in an array of blues, reds, and natural colors, which makes them more aesthetically desirable. These ornate shells definitely stand out against a backdrop of lush green plants!

How do you control ramshorn snail populations?

Once you get your ramshorn snail, you definitely need to know how to control the population as it can get out of hand very quickly. Here are a few ways to keep your snails from overtaking your tank:

Prevention. The most common way for ramshorn snails to enter your aquarium is by being introduced as a hitchhiker on new plants or other aquarium decorations that have been sitting in cycled water. All plants and other items should be inspected for snails and eggs before being placed in the tank. Even better, quarantine anything new for a couple of weeks to make sure that nothing hatches or emerges in the separate tank; if a quarantine tank isn’t possible, try rinsing the new objects with water from your display.

If you have purposely added a ramshorn snail to your aquarium, then you can help prevent overpopulation by monitoring food. These snails seem to especially thrive when there is an abundance of food, and limiting the amount available can help regulate reproduction.

Removal. If the side of your tank is covered in snail shells, then you will need to start the removal process as these snails can create a significant amount of waste in high numbers. If the population is still manageable, remove any unwanted snails by hand and feed to larger fish or ethically dispose of them otherwise.

If there are just too many snails to count, it may be best to bait them with some blanched vegetables. Take a vegetable, like lettuce or cucumber, and place it at the bottom of your tank. The snails will come to eat after a few hours, and once there are enough there, remove the vegetable while bringing the snails along with it. Repeat this process until a desired amount of snails has been removed.

Livestock. One of the best ways to naturally control your ramshorn snail population is by introducing a natural predator! There are two ways to eradicate your snails: by getting something to eat the eggs or by getting something to eat the snails. If your ramshorn snail population has been a problem for a while, it may be best to consider both methods.

Some fish will definitely eat both the eggs and the snails given the chance! Surprisingly, most betta fish have a healthy appetite for ramshorn snails and can help control a smaller planted tank.

If you have an empty tank, a dwarf puffer may be the way to go; luckily, these puffers don’t eat plants so you don’t need to worry about them destroying your aquascaping either! Puffers will also need to be regularly offered snails and other mollusks with hard shells to keep their beak short.

If you have a larger tank, loaches will definitely enjoy a ramshorn snail snack. However, they are very active fish and need to be kept in schools, which requires a lot of additional space.

Remember, only introduce new livestock into your tank if you have the space. Sometimes using livestock as a means to regulate snail populations is hit or miss, so never use fish or invertebrates as a quick fix if you can’t house them indefinitely.

Ramshorn snails can be kept with most fish, both tropical and coldwater. However, the fish and invertebrates listed above will snack on your snails and would not be compatible; there is also a chance that your ramshorn snails eat shrimp eggs, so keep that in mind if you plan on breeding shrimp.

The ramshorn snail is first and foremost a detritivore, favoring algae and other decaying plant matter as their primary food source. Contrary to popular belief, these snails don’t actively search out for plants to forage on, and most likely won’t do so in your system if enough food is supplied.

While detritivores, you may also find your ramshorn snails helping clean up any livestock that has died in the tank, but they will never see living fish as food.

If natural food does start to run out for your ramshorn snail, you can always offer additional fish food or algae wafers/pellets.

Ramshorn snails are probably one of the easiest invertebrates you can breed but are surprisingly complicated when it comes to reproduction. The ramshorn snail is a hermaphroditic species of snail, meaning that it has both male and female reproductive organs. What this means is that if you have two ramshorn snails in the same tank, you can almost guarantee that they will reproduce if water conditions are right.

This is where ramshorn snail anatomy gets tricky. Many hobbyists state that these snails are in fact asexual and will produce tiny clones of themselves. While they technically have the ability to fertilize their own eggs, this area seems to be understudied for ramshorn snails specifically, and are not widely accepted as an asexual species of snail.

However, it is confirmed that they are hermaphroditic and reproduce sexually.

For some, having a ramshorn snail show up on their new live plants can be the beginning of a series of headaches. For others, their colorful shells and clean up efficiency make up for having to control their population. If your ramshorn snails do get out of hand, try manual removal first. Then if you have the space, try introducing some snail-hungry fish or invertebrates like puffers, loaches, and shrimp.

If you have any other questions about caring for ramshorn snails or have experience keeping these snails in your own fish tank, don’t hesitate to leave a comment below!