Do Plecos Eat Snails? Everything You Need To Know! 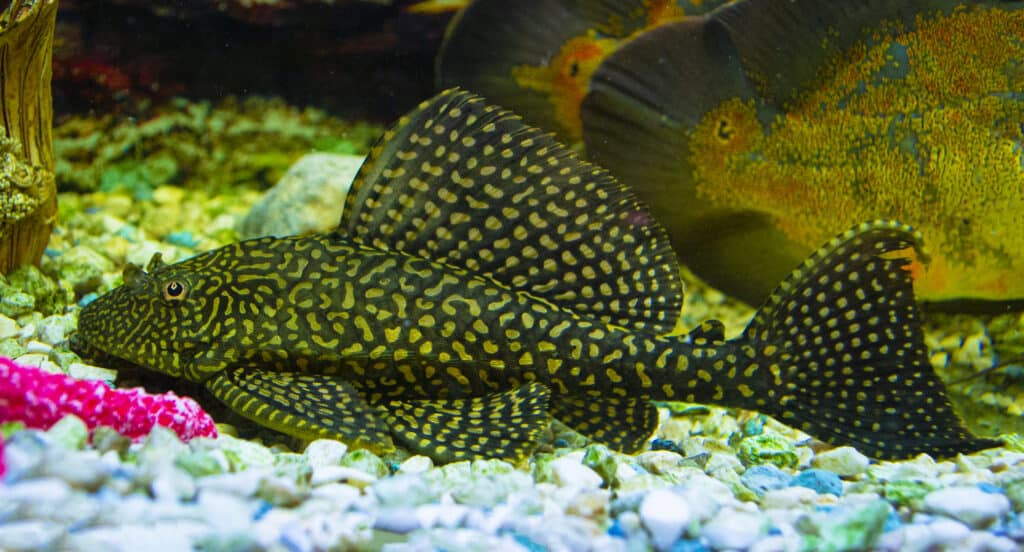 Do you want to add some snails to your aquarium, but are worried about whether your pleco fish will eat them? In short, they will!

Although snails are not a typical part of a pleco’s diet, they become desperate for food and will eat them if they have to.

However, you can take steps to keep your snails safe from the hungry plecos. For example, you can add a lot of hiding spaces to your tank, so the snails can retreat when they sense that the plecos are on the hunt.

Alternatively, you could feed your plecos more frequently, so they have less of an appetite for other food sources.

In this article, I will explore the reasons why plecos may be tempted to eat snails, as well as suggest strategies you can use to ensure that your snails remain safe. I hope you find this information helpful and informative!

Do Plecos Eat Snails That Are Already Dead, or Do They Only Hunt Live Prey?

Does a plecostomus fish prefer to eat its snails alive or dead? To be quite frank, it doesn’t really matter much to the fish. If a pleco does decide on consuming a living snail, it has been documented to suck the creature out of its shell – pretty gruesome!

Also, remember that the plecostomus is a bottom feeder, so it will eat any small creature it finds at the bottom of the tank. Whether that’s a dead apple snail or a live rabbit snail, the pleco won’t hesitate to chomp down.

However, this doesn’t mean that your pleco murdered the snail. Instead, it’s possible your snail died of natural causes or another fish killed it and plecostomus is just taking care of the aftermath.

Still, if your pleco has started eating dead snails, it’s an indication that something is wrong with its diet. You should take a close look at how much you’re feeding it each day and see if there are any improvements you can make.

Why Do Plecos Consume Snails?

As mentioned earlier, plecos are bottom feeders and will eat any small prey that crosses their path. So why do they specifically target snails?

One reason may be that snails are slow-moving creatures, making them an easy target for a hungry pleco. In addition, plecos have strong jaws and raspy teeth that can easily break through the shells of snails.

Another possible explanation is that plecos are deprived of certain nutrients in their regular diet, so they resort to snails as a source of these nutrients. If you’re seeing your pleco consistently eating dead snails, it may be a sign that your fish tank is missing key elements such as calcium or protein.

Further, if you notice that your pleco is eating live snails, it may be a sign of overcrowding or poor tank conditions. In this case, you need to take steps to improve the environment in your aquarium and reduce the stress levels of your fish.

Do Snails Give the Plecostomus Essential Nutrients?

Not only are snails a healthy part of a fish’s diet, but they’re also packed with nutrients. Raw snails contain the following nutritional values:

Although delicious and nutritious, snails are not something a pleco should eat. This includes the eggs of snails too, which the plecostomus typically ignores because they lack enough meat to fill them up.

What Snails Can Plecos Eat?

Plecos can eat any snails if they want to, but freshwater aquarium snails are bottom feeders just like plecos, so they occupy the same feeding area. Some of the more popular types of snail include:

While the Nerite snail has a trap door that guards it against predators, some aquarists have reported their pleco fish attacking and devouring the snail.

How To Deter Your Plecostomus From Dining on Snails

If your pleco has eaten more than three snails this month, it’s time to reevaluate the situation.

It’s not natural for a plecto to eat that many snails, so something in the fish tank is off-kilter. But how can you stop your plecostomus from eating all the snails? Here are some suggestions:

Feed Your Snails Separately From Your Pleco

These guys are both algae eaters, so they will always be competing for the same food source. To prevent any fights, consider feeding them at different times of the day.

The plecostomus is inactive during the day, so that’s when you should feed your snails their algae. Your pleco probably won’t try to compete for food then since they’re nocturnal animals and are mostly active at night.

Since your pleco is probably eating your snails because it’s not getting enough nutrients from its regular diet, you need to consider ways to improve the quality of its food.

Consider adding more vitamin and protein-rich foods to your pleco’s diet, such as:

Also, you should feed the plecos two to three times a day, instead of just one big meal at night. This will help keep their metabolism up and reduce the likelihood that they’ll resort to snacking on your snail population.

Sometimes, plecos will eat snails as a way to cope with stress or overcrowding. If your tank is already overstocked, you should take some steps to reduce the number of fish in it and make sure there’s enough space for all the animals to swim around freely.

Did you know that plecostomus’ can grow up to 24 inches? Consequently, they need a tank that’s at least 75 gallons. If possible, it would be better to get an 80-gallon tank.

This way, you can create the ideal environment for your pleco and ensure that they have plenty of food without risking any harm to your snails.

As bottom-dwelling scavengers, plecostomus like to hide out in dark, quiet places. So make sure you have plenty of aquatic plants and other natural decorations in your tank that will give them the privacy they need.

Additionally, these hiding spots can help reduce stress in your fish, further reducing their likelihood of snacking on your prized snail population.

Is It Possible for Pleco Fish To Eat Snail Eggs?

Plecos can eat snail eggs, but it depends on how easy the eggs are to find. Since plecos are bottom feeders, they often ignore the eggs that are buried deep in the substrate. However, if there are plenty of exposed snail eggs on your tank’s glass or decorations, your plecostomus may be tempted to snack on them.

For example, Nerite snails lay their eggs on plant leaves, driftwood, and the glass surface of the tank. These locations make the plecos more likely to come into contact with them, leading to the possibility that they’ll try to eat them.

On the flip side, some snail species, including mystery snails and apple snails, climb out of the water to lay their eggs in a moist spot. Plecos won’t eat these kinds of eggs since they aren’t top feeders.

Is It Safe To Keep Snails With Plecos?

You shouldn’t keep snails and adult pleco fish together if you’re breeding and raising the snails. Sooner or later, the pleco will taste the snail meat, and there’ll be no stopping it from eating all of them.

Also, if you have a small tank, your pleco may be tempted to snack on any large snails that are present in order to get enough protein.

Will a Pleco Eat Other Fish?

Just because plecos can get away with it, does not mean they will eat live fish. Although, if they are hungry enough, common plecos have been known to attack other fish – particularly those with a rich slime coat.

For some unknown reason, these creatures love munching on the slimy exterior of their tank mates!

It is possible for algae eaters to eat snails. Plecostomus are bottom-dwelling scavengers that tend to eat a variety of foods, including snail eggs and meat.

However, not all types of algae eaters will consume snails, as some prefer fresh vegetation or prey of a smaller size.

To be on the safe side, it is best to research your specific algae eater and its dietary preferences before adding it to your tank with any snails.

Can I Have Two Plecos in the Same Tank?

You can never house two adult plecos together, as they will compete for food and territory.

Phew, that was a lot of information! I know that every time you think about bringing a new fish into your tank, you have lots of questions.

However, I hope I have been clear, helpful, and informative in this article, and that you now feel satisfied that all your questions have been answered.

Whether you are thinking of adding plecos, snails, or even other fish to your tank, my advice is to do your research first and make an informed decision. Do you still have any other questions? Feel free to reach out and I’ll be happy to help you!