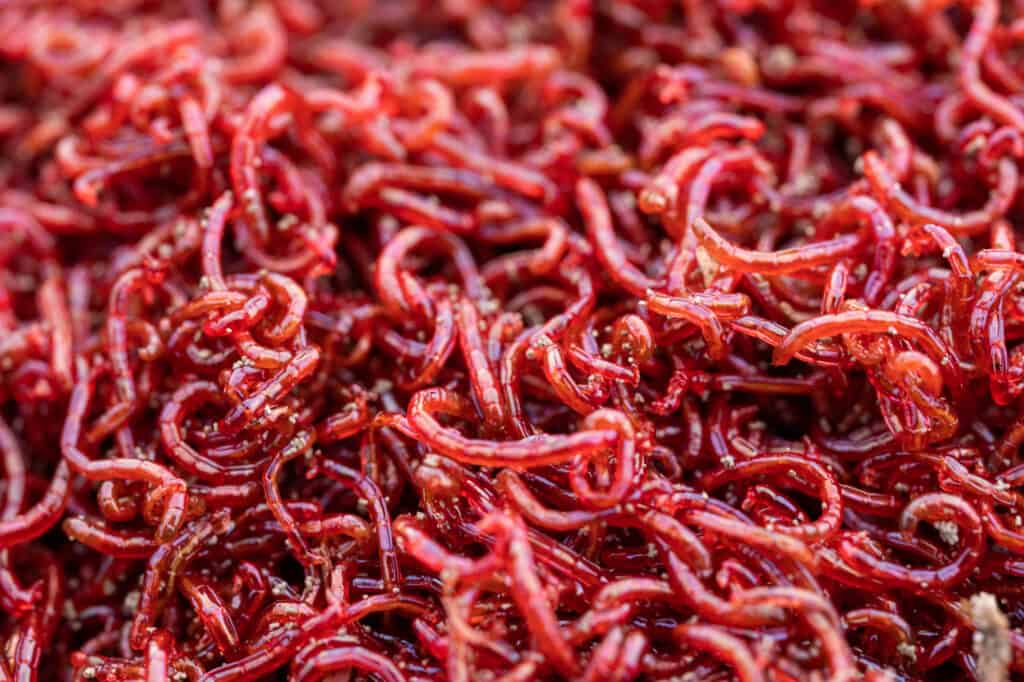 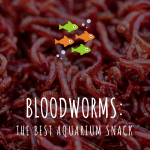 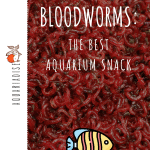 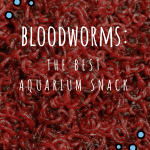 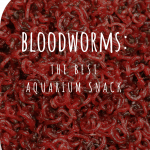 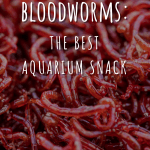 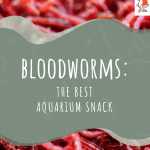 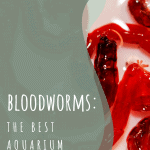 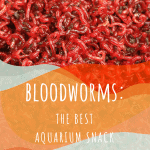 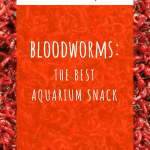 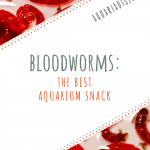 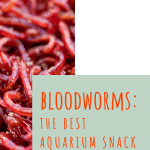 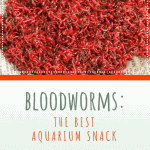 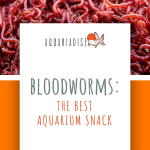 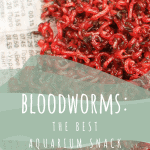 “Bloodworms” is an ambiguous common name, but generally understood as one of the popular food choices in the aquarium hobby. Otherwise, there are two main types of bloodworm in the scientific world: those in the Chironomidae family and those in the Glycera genus. In this article, we’ll mainly focus on the bloodworms that make a good new snack for fish and the different ways that they can come pre-prepared for hobbyists to use.

Keep reading to find out everything you ever wanted to know about bloodworms and the different uses for them in the aquarium!

There are two types of aquatic bloodworm that may prove to be confusing when discussing common names. These two different bloodworms are housed in the Chironomidae family and in the Glycera genus respectively.

Bloodworms aren’t actually worms at all in the Chironomidae family, instead, they are midge fly larvae; these larvae may also be referred to as non-biting midge larvae or blind mosquito larvae.

These kinds of bloodworms have cylindrical, segmented bodies that can be natural tones of greens and tans. The species that are especially used in the aquarium hobby have unmistakable bright red bodies. This is the result of hemoglobin coursing throughout their entire body under a clear exoskeleton. These larvae then transform into full-grown midge flies, which look a lot like mosquitoes.

Midge fly larvae live in their larval state for the majority of their lives. They can be found at the bottom of freshwater lake and pond ecosystems throughout most of the world, eating detritus and other organic matter; some species are carnivorous and even exemplify hunting tactics by setting up net systems. Adult midge flies live only a couple of weeks in comparison to the larvae which can sustain themselves for up to three years in these ecosystems.

As a whole, these larvae are crucial for feeding fish, invertebrates, and amphibians. Adult midge flies provide food for larger fish, birds, and other insects.

The other type of bloodworm is an actual worm under the polychaete classification. These worms live at the bottom of shallow marine ecosystems and can reach impressive lengths. Like the Chironomidae family, these worms also have clear skin that allows for their hemoglobin-red bodies to show through.

They are an especially popular fishing bait but are usually removed from the aquarium if introduced as a hitchhiker.

These worms are carnivorous and can deliver a nasty venomous bite if handled improperly. If you are especially prone to allergic reactions, seek medical attention if bitten. Otherwise, the bite has been equated to a bee sting though the exact structure and effects of the venom remain understudied.

Bloodworms in the aquarium

For aquarium purposes, we will only be looking at bloodworms that belong to the Chironomidae family. These worms have become a popular snack to supplement aquarium fish diets. However, they lack enough nutritional value to sustain a well-rounded diet and can quickly become the only food that your fish is willing to eat.

What are bloodworms good for?

Bloodworms are a good choice for diet supplementation. Some hobbyists have compared bloodworms to junk food in that they will keep your fish alive on their own, but will not provide the amount of high nutritional value needed to keep them thriving.

It is recommended to have a well-varied diet and an assortment of readily-available foods for any aquarium fish; too much of one thing is never good. However, if you have a particularly picky fish, bloodworms might help jump-start their appetite if nothing else seems to be working.

Of course, bloodworms can also be fed as a snack from time to time as long as they do not become the staple of the diet.

Live bloodworms are a good option for most aquarium fish; they are a tasty snack for your fish and they will bring some excitement to your tank. However, they are usually sold in large portions and don’t have a very long shelf life. This means that they need to be used almost immediately if you don’t want to end up throwing a good portion away.

Each fish will only eat about 2-4 worms at a time with the rest of the bloodworms left to burrow into the substrate. More than likely, your fish will be able to find them and feed on the remaining worms later. Live bloodworms also have the chance of carrying parasites, which is why they should never be harvested from the wild, should only be bought from reputable breeders, or should be cultured at home.

Since it can be a little challenging to find live bloodworms, frozen bloodworms are a good alternative and will provide much more manageable portions and shelf lives.

Frozen bloodworms usually come in blocks of ice that can be thawed out and given to your fish; these blocks can be broken up into smaller pieces if you don’t have too many fish. Make sure to use used-aquarium water to dethaw the cube before placing it in your tank. This way, you don’t have to worry about stray bloodworms burrowing into the substrate as well.

Again, you should only feed frozen bloodworms as an occasional treat.

Freeze-dried bloodworms are not the best alternative. Most nutritional value has been removed from the food and the mix could include pieces of other animals as well.

When preparing freeze-friend bloodworms to feed your fish, make sure to first soak the pieces in used aquarium water before releasing them into the tank. Freeze-dried fish food has a tendency of expanding once swallowed, leading to bloating and constipation issues, especially in bettas. In general, freeze-dried bloodworms should be fed less often than live and frozen bloodworms.

If you’re considering getting freeze-dried bloodworms for your fish, it is better to go with high-quality brands that try to retain as much nutritional value as possible throughout the freeze-drying process. Always be sure to compare and contrast ingredient information labels between brands!

Bloodworms are a good snack that you can feed your fish from time to time, but should never be used as the basis for a diet. If you have a particularly picky fish or a fish that needs to get some exercise, you may occasionally feed bloodworms to stimulate their appetite and activity levels.

If you have any questions about bloodworms, how or why you should feed your fish bloodworms, or have had experience feeding/culturing your own bloodworms, don’t hesitate to leave a comment below!