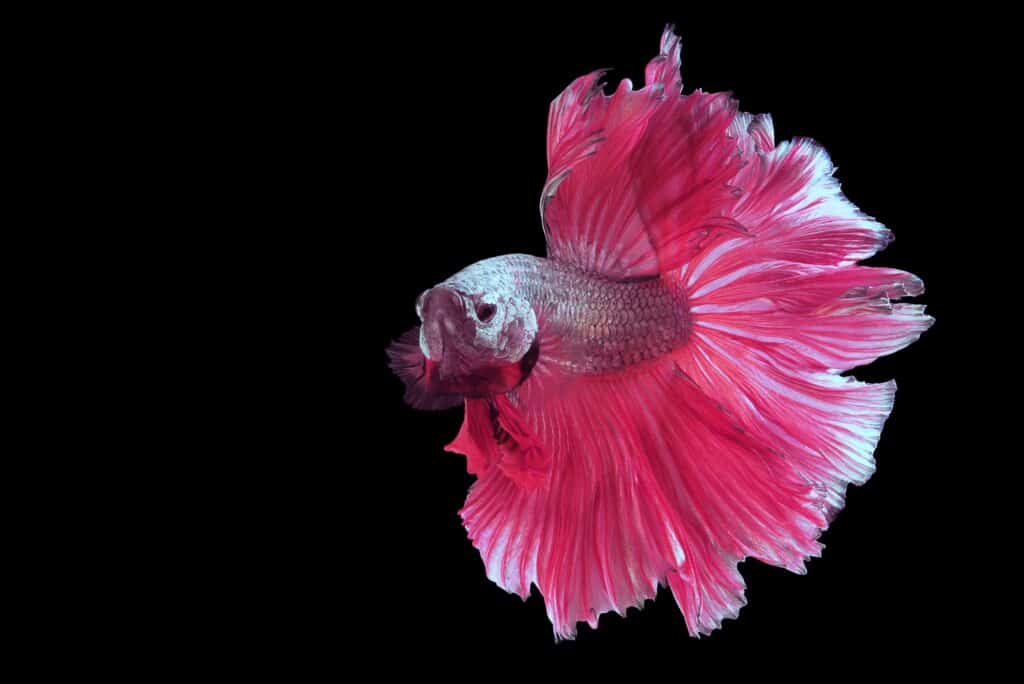 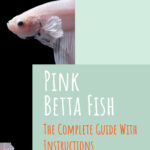 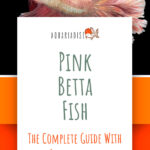 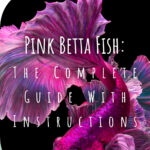 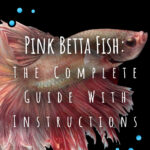 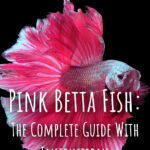 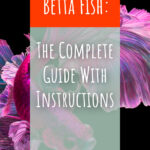 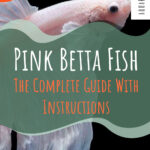 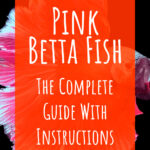 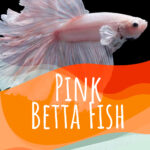 With their bright colors and spectacular finnage, betta fish are one of the most popular freshwater tropical aquarium fish in the hobby. Bettas come in a remarkable range of bright colors, including red, blue, purple, gold, black, white, and multicolored. But have you ever seen a bright pink betta?

Genuine pink bettas aren’t a common sight, although you can buy them from some specialist online dealers, and you’ll never see a wild pink betta! Pink fish are created through specialist breeding, and that spectacular coloration doesn’t happen by accident.

However, there are some occasions when you might come across a pink betta fish that’s not actually genetically a pink fish at all.

You can find pink bettas in many forms such as plakat, halfmoon, marble, and crowntail, but these creatures are rare.

However, although you’ll rarely find a genetically pink betta in your local fish store, you may come across some fish that appear to be pink.

An albino betta fish has no pigmentation whatsoever. These fish have clear to whitish colored scales and fins, and their eyes are pink or red. You can even vaguely see the fish’s organs and muscles through his scales, giving the fish an overall pink appearance.

Wild albino animals have a massive disadvantage over their normal-colored relatives. Not only is an albino fish more vulnerable to attack by predators, but the UV light the fish is exposed to can cause cancer and blindness.

Unfortunately, albino bettas usually have multiple health problems and other mutations, too. For that reason, albino fish are not bred deliberately, and those that do appear rarely survive for long.

Clear or cellophane betta fish have white or translucent scales, allowing the onlooker to see the fish’s internal organs and muscles underneath the scales. That gives the fish a pinkish tinge in certain lights. The fins are generally opaque or clear and may have a pinkish hue.

Unlike albino bettas, these guys have black eyes, and their color is down to genetics and selective breeding rather than to an underlying abnormality.

White bettas can sometimes look rose pink under certain aquarium lighting, although a truly white betta should be definitely white.

Cambodian bettas are beautiful bi-colored fish that have a pale pink or white body and deep crimson finnage. This betta color morph was once extremely common, but they’re not as popular these days, which is a shame as these are truly beautiful pink betta fish.

Often, female bettas appear whitish-pink in color more commonly than male bettas. Of course, if you keep a few pink females and one pinkish male, there’s a good chance you might be able to breed some pink offspring.

However, many times, betta genetics preclude that, foiling breeders’ attempts by producing unexpected coloration in batches of fry. That’s what makes breeding bettas such a fascinating and often surprising hobby.

Why did my betta turn pink?

Other than having a naturally pink color or appearing to be pink as discussed above, there are other reasons why a betta fish might be pink.

If you buy a juvenile betta fish, he may change color as he becomes older. Generally, juvenile fish become darker as they age and reach breeding condition. Betta fish typically reach sexual maturity long before they are completely fully grown. So, your pale pink baby betta could turn out to be a red one when he’s older.

However, it’s very unusual to find a betta fish in a fish store that hasn’t already gone through a color transformation, although it can happen. So, don’t be alarmed if your beautiful pale pink betta fish gradually begins to turn a deeper shade of red.

In the same way that people go gray as they get older, a similar thing happens with aging betta fish.

It’s very common for a betta’s bright, bold color to fade as he enters his senior life stage. Often, the fading process begins with the betta’s fins, gradually spreading across his head and then over his whole body.

So, if you began with a bright red betta fish, you may finish up with a pinkish one as he gets toward the end of his six-year lifespan.

It’s very common in many fish species, including bettas, for sick fish to change color, typically turning paler as the disease progresses.

There are many diseases that can cause your betta fish to fade from a bright red color to a pinkish shade. Bacterial and fungal infections are typical culprits for causing bettas to lose their color, so if you have a young fish that begins to fade, look out for other symptoms of ill health and treat your fish accordingly.

If something frightened you half to death, you’d turn pale. Well, your betta buddy has a similar reaction when he gets stressed. When betta fish are stressed, they can temporarily lose some of their colors, fading from brilliant crimson to a washed-out pink. Usually, once the cause of the stress is relieved, the fish eventually return to their normal healthy color.

Stress can be deadly for fish as it weakens the fish’s immune system, leaving him open to diseases and attack by parasites. So, if you think your fish is stressed, you must work out why and resolve the problem quickly.

On the subject of stress; have you ever stood in the fish store admiring a beautiful stripy betta fish? Well, those impressive racing stripes are unfortunately not a good thing to see on your fishy friend, as they are actually stress stripes.

Stress stripes generally appear running in a horizontal pattern along your fish’s sides, usually from the gills to the tail. The stripes can be black, red, white, or a combination of those colors and are seen more clearly on female bettas or the Plakat betta of both sexes.

If your betta fish has stripes, you need to work out why your fishy friend is feeling stressed and do something to remedy the situation as soon as possible:

It could simply be that you only just bought your betta home from the fish store and introduced him to your aquarium. In that case, your fish should settle in within a week or two, and the stripes will gradually disappear.

A very common cause of stress in bettas is poor water conditions. Bettas are very sensitive to the water conditions in their tank. If the levels of ammonia, nitrite, and nitrates in the water get too high, your betta will become stressed and may begin to develop stress stripes.

Test your aquarium water every week to make sure that the levels of ammonia and nitrite are zero. Nitrates can be 20ppm (parts per million), preferably less. Clean your betta tank thoroughly every week by vacuuming the substrate, maintaining the filters, and carrying out 20% partial water changes.

Once the betta’s environment has been cleaned, and the water parameters are correct, he will gradually color-up again.

As well as being sensitive to water chemistry, bettas can become very stressed if the temperature in the tank is too warm or too cold.

Bettas are tropical fish that need a water temperature of between 78°F to 80°F to be happy and comfortable. If the water is too cool, your betta’s metabolism will slow down, leading to digestive problems and other disorders, including stress. Overly warm water is also stressful for your betta buddy.

So, if your fish begins to fade from a brilliant crimson to a washed-out pink, check that the water temperature in his aquarium is suitable. It’s sensible to invest in a good aquarium thermometer, too, so that you can spot problems right away, for example, if your heater malfunctions or fails altogether.

Although you can sometimes find a truly pink betta fish, these creatures are something of a rarity.

If you have a red betta that becomes pink, that’s often a sign that all is not well with your fishy friend and it could be that your fish is stressed. Check the water conditions in your betta’s tank to ensure that the water is clean with levels of ammonia, nitrite, and nitrates that are within acceptable parameters. Also check the temperature to make sure that the water isn’t too warm or too cool, either of which could stress your betta.

Finally, if you have a senior betta, it could just be that his color is fading as he ages.