What Causes High Nitrites In The Aquarium? 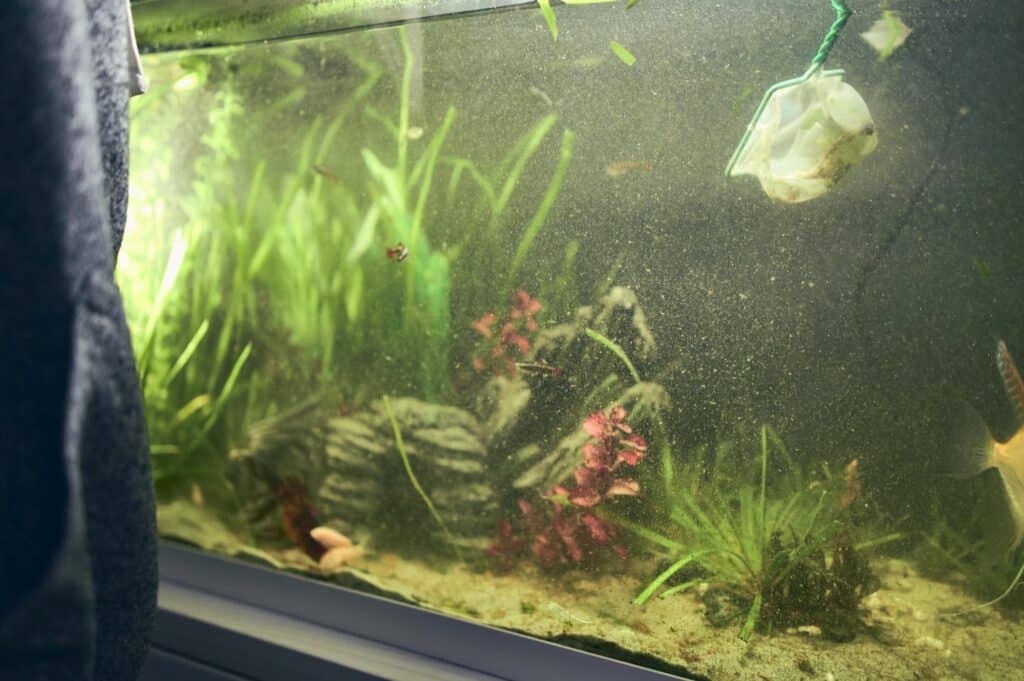 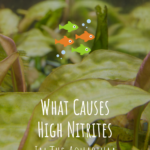 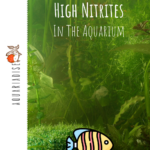 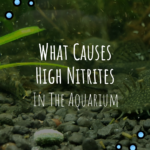 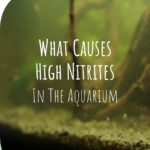 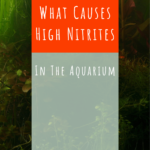 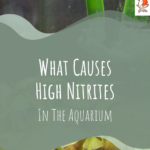 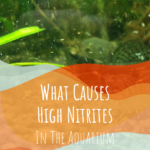 While you might have heard that ammonia is deadly for aquarium fish, you might not have heard that nitrites can also be just as dangerous. It is important to understand what causes nitrites in the aquarium and how to quickly remove them if they do enter your saltwater or freshwater system as they can lead to dead fish and invertebrates.

Keep reading to find out everything you need to know about the nitrogen cycle, nitrites, and how to remove them from your aquarium water!

What causes nitrites in aquarium water to be high?

Nitrites (NO2) are the result of when nitrifying bacteria process ammonia as a kind of biological filter. These nutrients are usually a sign of a cycling tank, overfeeding, overcrowding, or other poor fish aquarium maintenance.

In order to make an aquarium inhabitable for fish and other aquatic life, it must first go through the nitrogen cycle. This involves having a source of ammonia that is first converted into nitrite and then into nitrate by beneficial bacteria. Over the course of a month, ammonia levels will rise, leading to a detectable nitrite level and a decrease in traces of ammonia. Nitrite levels will then decrease while nitrate levels increase; when only nitrate levels are present the aquarium is considered fully cycled and a water change is strongly recommended.

Most of the water quality issues associated with a newly setup aquarium can be attributed to ‘new tank syndrome,’ which is due to the bacteria not being fully established enough to correctly balance the nutrient input demands of the freshwater or saltwater aquarium system.

Overfeeding can lead to a lot of excess nutrients in the water column, which can lead to algae and overall poor water quality. As leftover food goes uneaten, it can lead to rot and waste that causes ammonia spikes. Not only is this ammonia immediately toxic to fish and invertebrates, but the nitrogen cycle will also lead to dangerous levels of nitrites and high nitrates.

While you might not be overfeeding your fish, overcrowding can also lead to increased amounts of waste in the water column. Many fish and invertebrates excrete bodily waste through the form of ammonia, which will be converted into nitrite by the nitrogen cycle. More fish equals more ammonia which equals more nitrites and nitrates in the aquarium.

Even if you’ve let your new tank completely cycle and you’re careful to not overfeed or to overcrowd with fish, there is still a chance that you’re just not giving your aquarium the attention it needs to thrive. In general, good aquarium maintenance requires partial water changes every 2-4 weeks and rinsed/new filter media every month or so. Dirty substrate or clogged equipment can start to leak excess nutrients into the aquarium water if left unchecked, even in an established tank.

How do you fix high nitrites in aquarium water?

Once the problem has been detected, it is usually recommended to perform a partial water change daily until nitrite reads 0 ppm with an accurate test kit; this will also help reduce any traces of ammonia and help keep nitrates down. During these water changes, it is also recommended to vacuum the substrate to get stuck detritus out. However, upsetting the substrate too much at one time can cause water parameters to fluctuate, leading to a mini cycling process.

Water changes and vacuuming the substrate are usually the easiest and most immediate ways to eliminate ammonia and nitrite from the aquarium. Supplementing filter media and chemical solutions are usually not recommended as they are only a temporary solution. However, in newer aquarium setups, nitrifying bacteria supplements may be added to help establish and bolster bacteria populations to help process the high nitrite levels faster.

Will high nitrites kill your fish?

Yes, high nitrites in aquarium setups will kill your fish and invertebrates. Due to its chemical structure, nitrite has the ability to bind with hemoglobin where oxygen should otherwise bind to in the blood. Poor water chemistry in your aquarium can cause your fish to experience nitrite poisoning where they suffocate due to lack of oxygen in the blood.

How long can fish live with high nitrites in the aquarium?

With both high ammonia and nitrite levels present, aquarium fish could die within hours of being added to the aquarium. With just high nitrite levels, fish might be able to survive a few days but will be in extreme amounts of pain. Some signs of nitrite poisoning are lethargy, lack of appetite, redness around the gills, heavy breathing, and gasping for air at the surface of the water.

If you see any of your aquarium fish displaying these signs, make sure to test the water parameters and take the proper measures for correcting the water chemistry as soon as possible.

Nitrite is just as dangerous as ammonia is to many species of fish and invertebrates. Nitrites are often the result of newly setup aquariums where water quality fluctuates day to day, but may also be the result of overfeeding, overcrowding, or poor aquarium maintenance.

Always make sure to have the appropriate test kits on hand so that you can figure out the problem as soon as possible and give your aquarium fish and invertebrates the best chance of surviving. Also, make sure to never put livestock in an aquarium that is currently cycling, even if treating with bacteria supplements.

If you have any questions about the nitrogen cycle, partial water changes, or have had experience tackling high nitrites in your own saltwater or freshwater aquarium, don’t hesitate to leave a comment below!

12 thoughts on “What Causes High Nitrites In The Aquarium?”