Green Spot Algae: How To Identify And Treat This Pest 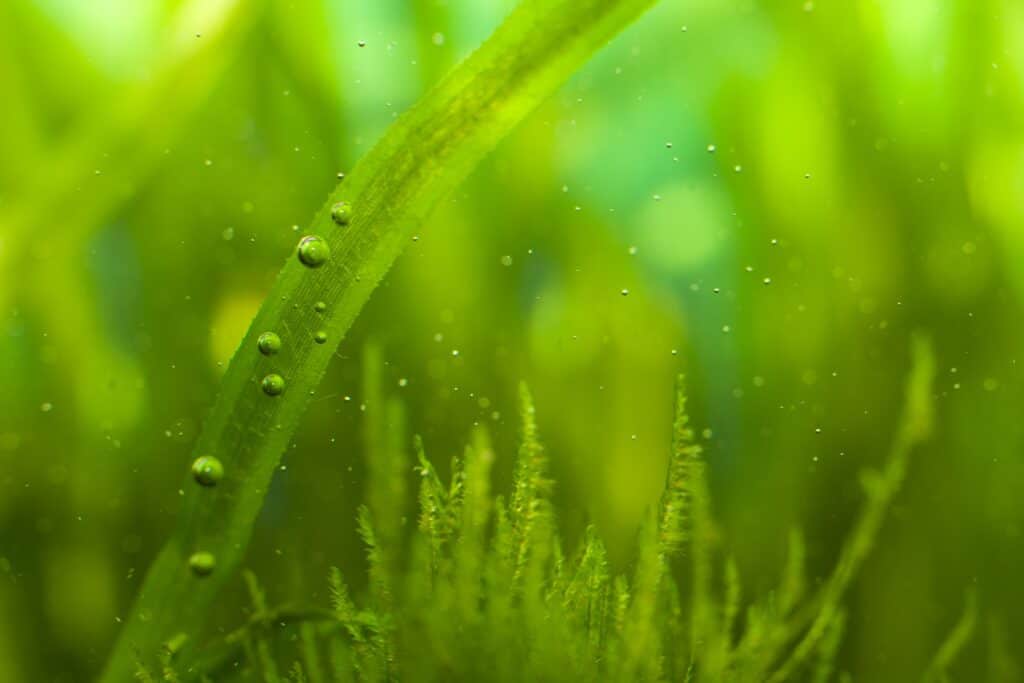 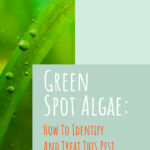 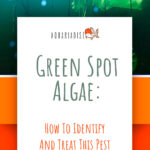 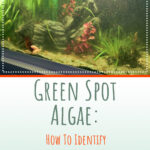 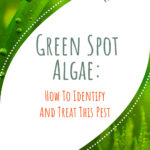 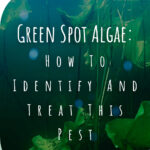 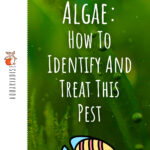 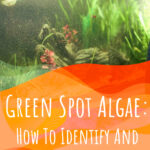 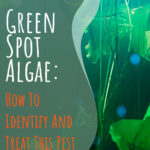 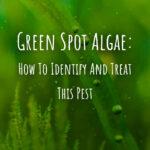 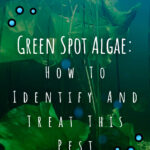 Green spot algae (GSA) is a relatively lesser-known type of aquarium algae that most freshwater systems experience sometime throughout their lives. This algae is pretty easy to identify and treat, though involves less manual removal than other algae you might be more familiar with.

Instead, the chemistry of the tank needs to be understood and altered in order to make conditions less favorable for this algae to grow entirely. Otherwise, green spot algae treatment is relatively simple and straightforward, it just might take a little longer to get results than other types of algae.

Keep reading to find out how to identify and treat green spot algae if it happens in your aquarium!

What is green spot algae?

Green spot algae is a green algae that can be tricky to clean from your planted tank and completely get rid of. Not many aquarium algae eaters can keep up with its growth and its harder form can be difficult to manually remove, unlike soft hair algae and blue-green algae (Cyanobacteria). The problem often lies in a lack of nutrients in the aquarium, so a stricter water change schedule is also often not enough.

If left to get out of control, green spot algae can quickly suffocate growing plants from their necessary light source.

How do you identify green spot algae?

Green spot algae, also commonly abbreviated as GSA, is a type of green algae that is named after its circular appearance, usually seen on aquarium glass, plants, rocks, substrate, and other decorations. These thin spots are usually a lighter green and can be difficult to scrape off.

What is the difference between green spot algae and green dust algae?

Green dust algae (GDA) can be very similar to green spot algae, especially if you’re not exactly sure what you’re looking for. Both have the ability to cover all the surfaces in the tank, including the aquarium glass which can cause an appearance of green water. It also doesn’t help that these two algae are sometimes found together on the same plants and surfaces.

However, the differences between the two are pretty easy to recognize. As mentioned before, green spot algae (GSA) appears in circular thin disks; green dust algae (GDA) tends to create a film of green over glass and plants.

Another way to tell them apart is by trying to remove them. Green spot algae can be very difficult to remove from a surface and usually needs to be scraped off. Green dust algae is much easier to remove and can usually either be wiped or scrubbed off.

Green dust algae is usually the result of some sudden change within the aquarium, be it fluctuating parameters, change of equipment, too much light, or adding livestock, though it can usually be treated with some water changes and forward stability.

Green spot algae is an interesting type of algae because instead of flourishing in planted tanks with excess nutrients, this species of algae actually thrives more in waters with less available nutrients, namely phosphates.

In the case of green spot algae, most hobbyists have found that a deficiency in phosphates has led to ideal conditions for growth. It should also be noted that sometimes green spot algae is the result of low levels of nitrate as well.

Green spot algae can also be caused by low carbon dioxide (CO2) levels in the water column. In the same way, this can lead live plants to perform less efficiently, allowing algae to outcompete those species and thrive.

Other factors, such as lighting and water flow can also influence green spot algae to grow; this specific kind of algae usually grows more in planted tank systems with intense light and/or elongated photoperiods. Poor water circulation can also cause detritus to build up in certain areas of the aquarium, making it easy for algae to anchor itself.

How do you get rid of green spot algae?

Green spot algae can be difficult to remove from a planted tank because it needs to be scraped off with a sharp edge; this makes removal from the glass, plants, and other surfaces even more challenging. The best way to treat green spot algae is usually by first treating the aquarium water.

As mentioned before, low phosphate levels are usually the number one cause of green spot algae growth. This means that increasing phosphates will help give your plants more nutrients with adequate growth, leaving algae with less to feed on.

Most hobbyists suggest raising phosphates to at least 10 ppm to keep new green spots from growing; however, high levels can also lead to other algae types so this increase should be slow and steady.

If your plants have been affected by green spot algae, it is best to safely prune those leaves and remove them from the aquarium; green spot algae has the ability to spread between plants when leaves touch so it’s best to clean/remove the leaves as quickly as possible.

The substrate should be vacuumed for any detritus that may fall in the meantime. It is also worthwhile to check the lighting on the tank. A planted tank should have a light that has a spectrum designed for optimal photosynthesis.

A good photoperiod is 8 hours on average; anything less than this can cause aquarium plants to underperform and anything more time than this can lead to other algae, like brown algae or staghorn algae. It should be noted that many low light plant species do not need such a strong light, which can save some algae headaches if all other aquarium parameters are in check.

Additional carbon dioxide may also need to be injected in especially bad cases of green spot algae. However, if you haven’t had problems before, then we recommend trying other solutions first as CO2 systems can be expensive.

In general, nerite snails are some of the best algae eaters for the freshwater aquarium. These snails require brackish water to reproduce, so it is easy to control populations. However, while these snails will help keep your tank algae free, they are not one of the best choices to actually get rid of algae.

Snails can take a long time to tackle algae growth, usually leaving enough time for the algae to replace itself once it’s been eaten. Snails can also produce a considerable amount of waste, even though they may not look like it. Similarly, shrimp, like Amano shrimp, will pick at green spot algae but will not be enough to singlehandedly control the growth in your aquarium.

As for fish, Otocinclus catfish tend to be one of the best algae eaters. However, they require pretty specific tank conditions and it is possible for some green spots to be too difficult to suck off.

For other fish and snail algae eater options, make sure to check out our 8 must-have species for the aquarium here!

Some hobbyists like to use Seachem Excel to control algae growth, however, we don’t recommend it either. Excel is a popular aquarium product that acts as an organic source of carbon; this can sometimes be used as a substitute for CO2 injections as the carbon can still be readily taken up and used for photosynthetic processes.

While some hobbyists have had luck using Excel to get rid of their green spot algae, we do not recommend this solution as it does not treat the low nutrient problem which is often the main cause of green spot algae. Instead, we recommend testing water parameters and supplementing the specific nutrients that are lacking in the aquarium. Directly supplementing the nutrients offers more control over the workings of the aquarium, and allows for nutrient import and export to be recorded.

Green spot algae is one of the most common types of algae, but most hobbyists don’t even know it exists! It can sometimes be misidentified as a hair algae and might also show up with green dust algae.

Green spot algae is a little different than other types of algae but generally easy to get rid of over time. This particular algae thrives in low-nutrient systems where it can outcompete other aquarium plant species; in order to control this growth, it is best to test the water for low levels and dose those nutrients accordingly. Some fish or snails may be added to help keep the tank algae free, but neither will completely remove all the green spots from your tank!

If you have any questions about green spot algae, hair algae, or have dealt with another particularly frustrating species of algae before, don’t hesitate to leave a comment below!

6 thoughts on “Green Spot Algae: How To Identify And Treat This Pest”