How To Make a DIY CO2 System for Your Aquarium 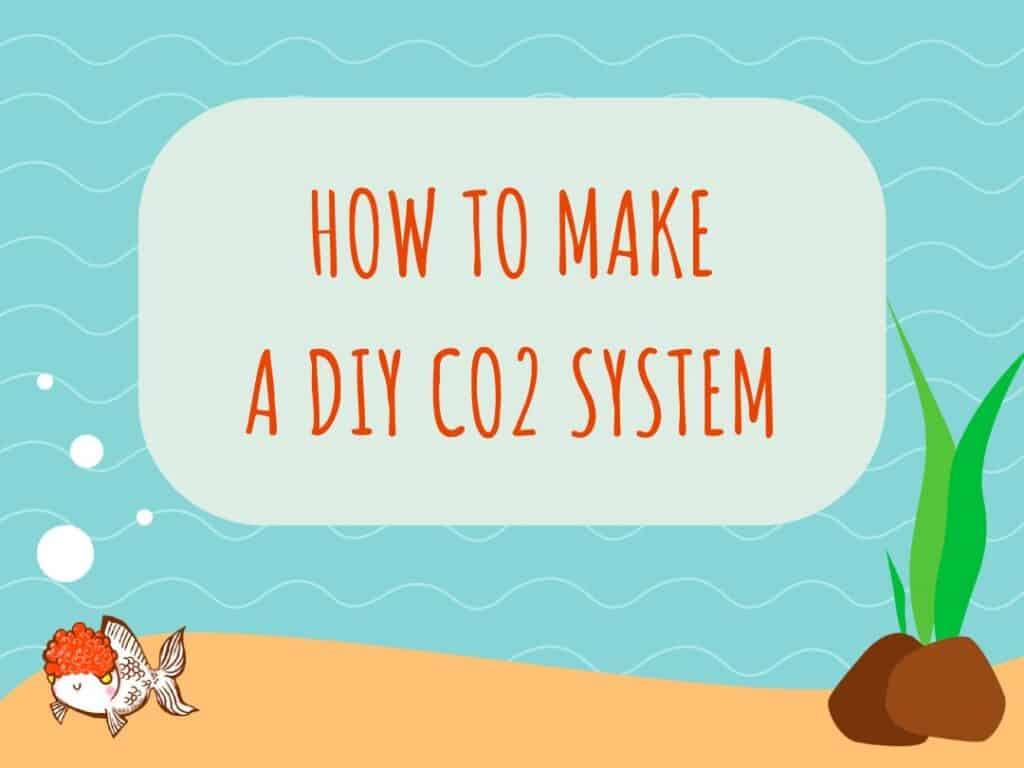 Just because you have a tight budget doesn’t mean that your aquarium needs to be simple!

In fact, hobbyists have nearly perfected the idea of a cost-efficient yet intricate freshwater display by using carbon dioxide (CO2) reactors and doses for optimal plant growth.

While there are many premade carbon dioxide systems to choose from, a DIY CO2 reactor may be the only thing within your budget.

Keep reading to find out everything you need to know about CO2 in the aquarium and how to make a DIY CO2 system of your own!

CO2 is the chemical formula for carbon dioxide. This is an abundant gas readily available in the atmosphere that plays an important role in the freshwater planted aquarium.

Like terrestrial plants, freshwater aquatic plants undergo photosynthesis when light is available. This is the process by which they use carbon dioxide (CO2), water (H2O), and light to make sugar (C6H12O2) and oxygen (O2).

This is why it’s important to have strong light with the right intensities when keeping different species of plants. But where does the carbon dioxide come from?

As mentioned before, carbon dioxide is already present in atmospheric air and it enters the water through surface agitation.

For the sake of simplicity, we will only consider how carbon dioxide is transferred throughout the aquarium.

Do Your Freshwater Plants Need CO2?

Yes, all freshwater plants need carbon dioxide to undergo photosynthesis which allows them to create sugars.

In the aquarium setting, some plants need more carbon dioxide than others, though.

In the wild, plants are limited by light, nutrients, and other competing species. In our homes, we can fill in the gaps of those limitations, keeping species together that normally wouldn’t be found in the same ecosystem.

This has resulted in a huge variety of plant options that can be kept together in the same fish tank as long as water parameters are met. Some plant species are low maintenance while others are very demanding.

How much carbon dioxide your plant needs will depend on its preferred conditions. Some tanks do not need additional carbon dioxide and get enough from what is already available while others need supplements for best growth and color.

Here are some of the more demanding species of plants that will require additional carbon dioxide:

For a list of the easiest aquarium plants available that don’t need carbon dioxide, make sure to check out our list here.

How to Make a DIY CO2 System for a Freshwater Aquarium

A simple CO2 system can start at $100 with most quality ones running over $200. That’s a lot of money for something that can be made at home!

While a top-of-the-line system is more desirable, a DIY one may be enough for what your system needs. There are a few pros and cons, though.

In this article, we’ll describe two main methods for setting up a DIY CO2 system. Most parts can be found around the house or ordered online.

To get an airtight seal, cover your DIY CO2 system with aquarium-safe silicone or superglue (cyanoacrylate).

More valves and diffusers may be added for additional control over carbon dioxide output.

The second airline tubing from the smaller bottom will then be connected to the aquarium, but should not be submerged while in the bottle.

In the larger bottle, add sugar, water, yeast, and gelatine; the gelatine will slow down the rate at which the yeast consumes the sugar, extending how long your system will last without needing to be replaced.

As the yeast eats the sugar, carbon dioxide is created. The smaller bottle should be filled with water to clean the carbon dioxide that was been created before it enters the tank.

Method 2 is similar to method 1 but uses baking soda and citric acid instead. The setup is similar: connect two plastic bottles with plastic tubing that then diffuses into the aquarium.

Use equal parts of baking soda and citric acid; in one bottle use 1:1 baking soda to water and 1:3 citric acid to water in the other. This reaction causes carbon dioxide to be released and then transferred into the aquarium.

How to Measure Carbon Dioxide in the Aquarium

With a DIY CO2 reactor, it’s especially important to keep track of carbon dioxide levels in the aquarium.

There isn’t really any precise way to test this without purchasing additional equipment, though some hobbyists rely on the growth and coloration of their plants to gauge the overall health of their system. Some also use the pH to KH ratio to predict levels, though this isn’t exact and doesn’t account for many other factors.

Instead of guessing, we strongly recommend picking up a CO2 indicator kit. These are often less than $10 and readily available at your local pet store; you may also need to purchase a separate glass drop checker that hangs on the side of the fish tank.

Once you have all the equipment, simply drop some reagent into the glass checker, hang it on the side of the fish tank, and allow a couple of hours for an accurate reading.

This reading will take some time to be accurate. Do not increase carbon dioxide levels until you have attained a baseline reading first.

How Much Carbon Dioxide Do Your Plants Need?

The ideal range for carbon dioxide in the planted aquarium is about 20-30 ppm. This will typically display as lime green in the CO2 reagent.

When to Buy a CO2 System

While a DIY CO2 system will save money, it might not be the best option for some tanks in the long run. This is especially true for larger tanks that have delicate plants that need exact measurements.

A pair of plastic bottles will only take a system so far when it comes to maintaining CO2 levels. Larger tanks will need several of these systems set up, and eventually, the space and maintenance required will make a proper CO2 system more worthwhile.

In general, a DIY CO2 reactor can sustain tanks under 40 gallons (181.8 L). Any tank size larger than that would benefit more from a professional system.

You don’t have to run a carbon dioxide system on your freshwater aquarium if your plants don’t demand it.

For the most part, a majority of freshwater species don’t need additional carbon dioxide and can survive on what’s already present in the water column. However, they might not grow as quickly or might fail to show their best colors.

Luckily, a CO2 system can easily be made from a couple of simple plastic bottles if the tank is relatively small.

If you have any questions about how to DIY a CO2 system, how carbon dioxide and other gases move throughout the aquarium, or if you’ve come up with a way of increasing carbon dioxide levels, don’t hesitate to leave a comment below!