Should You Let Bristle Worms Influence Your Aquarium? 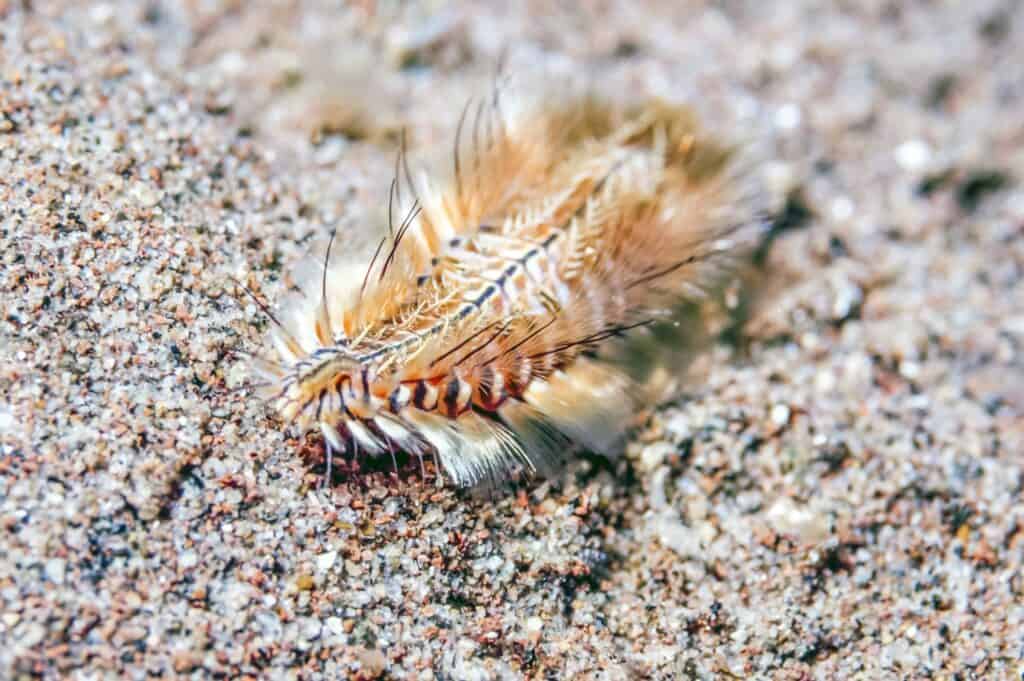 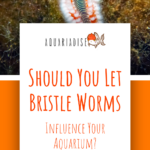 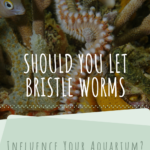 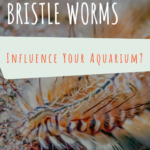 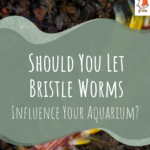 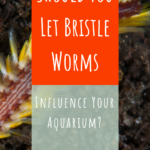 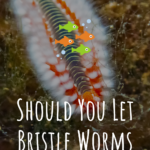 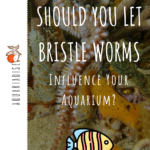 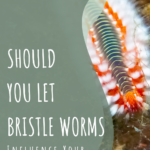 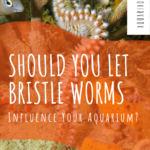 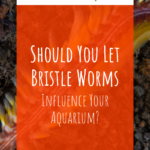 Bristle worms can be found in pretty much every marine or reef aquarium. But what are bristle worms? Are they dangerous to your fish and corals, and do you really want them in your fish tank?

Bristle worms are more complex than many aquarists realize. So, in this article, we talk you through everything that you need to know about the worms so that you can decide whether you want a bunch of these creepy critters in your fish tank.

What is a Bristle worm?

Bristle worms, Bristleworms, or Polychaetas belong to the annelid class of segmented worms, meaning that they are usually marine species. The common name for this kind of worm is the Bristle worm.

The worm’s cylindrical body is comprised of segments, each having a pair of fleshy parts like legs that are commonly called parapodia. Each segment also has bunches of bristles made of chitin, which are called chaetae.

Bristle worms are found throughout the world, from undersea thermal vents to some of the planet’s coldest regions. Some species of Bristle worms drift with the ocean current in the same way that plankton does, whereas others live in the deepest areas of the oceans. In fact, a bristle worm was discovered living the the Challenger Deep, the very deepest part of the planet’s oceans.

There are over 8,000 different species of Bristle worms. Around 170 are found in freshwater, with the rest being brackish or marine species.

Bristle worms vary in size from microscopic species that aren’t visible to the naked eye to others that are 50-foot monsters. However, in general, most aquarium varieties measure between three and eight inches. The worms come in various colors, too, with some being luminescent or iridescent.

Bristle worms can be divided into two distinct orders; errant and sedentary.

Errant Bristle worms use their “legs” or parapodia to get around, crawling or swimming around your aquarium.

One species of errant Bristle worm that you absolutely don’t want to find in your tank is the Fireworm. Fireworms’ bristles can snap off into the skin of anyone who comes into contact with the worms, and that can be excruciatingly painful.

Sedentary Bristle worms live in tubes or burrows, and they don’t move around as much as their errant relatives.

What’s good about Bristle worms in the aquarium?

Bristle worms are one of nature’s cleaners, scavenging on any decomposing food or dead organic matter in the tank. Despite their tiny size, the worms can be just as effective at cleaning as some starfish species and snails.

Also, the worms are able to squeeze into tiny cracks and crevices where other larger cleaning crew members can’t fit. So, basically, any organism that helps to clean your tank is surely welcome.

Often, Bristle worms arrive in live rock, so you won’t even have to buy any of these helpful little creatures!

What’s NOT good about Bristle worms in your tank?

There are some species of Bristle worms that belong to the Amphnomidae that bear hollow bristles, containing toxic substances that can cause an excruciating burning sensation if you touch then, earning the worms the name, Fireworms.

Some species of Bristle worms are carnivores, too, meaning that they will attack your fish. If you spot any of these guys in your aquarium, you want to get rid of them right away.

How to tell the good guys from the bad guys

So, how do you tell a harmless Bristle worm from a dangerous one?

Common Bristle worms are welcome in your saltwater aquarium, usually hitchhiking their way into your setup on live rocks. These worms are harmless detrivores that won’t present any risk to your fish, and they also help to keep your tank clean by eating waste food and general detritus.

Common Bristle worms are thinner than Fireworms with less pronounced bristles that are usually pinkish in color.

Fireworms and other carnivorous species are generally large and more defined in color than their more peaceful, detritus-eating relatives. If you see a brightly colored Bristle worm with very well-defined chaetae, that’s most likely a Fireworm.

There are roughly 120 species of Fireworms! All of them have very defined bristles that are usually reddish colored around the base.

The Fireworm that has the nastiest reputation is the Bearded Fireworm. This species of worm from the Amphinomidae family are carnivores and will predate on corals and saltwater fish, growing to a length of up to 12 inches. Bearded Fireworms have short bunches of red and white bristles, and the worms’ bodies can be various shades, including yellow, red, green, or grey.

How do you get rid of Bristle worms?

If you don’t like the idea of these bristly wrigglers in your saltwater aquarium, you’ll need to know how to get rid of them.

Luckily, there are lots of natural predators that will happily devour Bristle worm populations in your tank, and that’s the most effective, safe, and eco-friendly way to remove worms from your tank. Creatures that you can introduce to your aquarium that will predate on the worms include:

Some species of Butterflyfish and Pufferfish will eat Bristle worms. Many of these worm-eating creatures are stunningly beautiful, as well as being reef safe, so they make a lovely addition to a marine tank.

If you don’t want to add any more fish to your aquarium, you might want to try using a Bristle worm trap. A Bristle worm trap is the next best thing to using natural predators to solve your problem with bad Bristle worms. The most effective traps are those that are designed to allow the worms to enter the trap but don’t have an exit.

Although you can buy Bristle worm traps, you can also make one quite easily.

How to make a Bristle worm trap

The idea is that the worms will enter the trap in search of food, fall into the bottom, and be unable to climb up the slippery sides of the bottle to get out again. Remember to remove the trap every couple of days and dispose of the worms.

Other ways to get rid of Bristle worms

You can remove Bristle worms by hand, but do be careful that you don’t touch Fireworms. Wear gloves, and use a pair of tweezers to handle the worms. That method can be effective if there aren’t too many worms in the tank.

You can also remove small sections of substrate and rock and place them in fresh, dechlorinated water. That will encourage the worms to come out of the rock. The main drawback to that approach is that you may also harm anything else that’s living in the rock or the substrate.

How to prevent Bristle worms from getting into your saltwater aquarium

It’s always best to prevent Bristle worms from getting into your tank in the first place, rather than having to get rid of them once they’ve arrived.

Carefully check any live rock that you’re adding to the tank. You might also want to set up a separate quarantine tank for the rock, allowing you to keep the rock alive while you keep an eye on what might be living in or on it. Once you’re confident that nothing is trying to hitch a ride on the rock, you can add it to your tank.

In this section of our guide to Bristle worms, we answer some of the most commonly asked questions about these creatures.

Q: Can a Bristle worm harm you?

A: That depends on the species of Bristle worm concerned. Some Fireworms are dangerous to touch, but others are not. To stay safe, always wear gloves when handling Bristle worms. The worm’s bristles can snap off, inflicting painful irritation to your skin. If you’re allergic to the toxin contained in the bristles, you may feel dizzy and sick, too.

Other than that, Bristle worms are not dangerous, and they won’t harm you. Just take extra care when moving live rocks or substrate around in your aquarium.

Q: What’s the difference between a Fireworm and a Bristle worm?

Q: Should you eradicate Bristle worms from your marine or reef tank?

In most cases, a few Bristle worms in your tank won’t do any harm to your fish. That said, some species are predatory, so you need to identify what kind of worms you have. That’s often easier said than done because the worms are primarily nocturnal, so you don’t see them very often.

However, if you discover a large fireworm that’s attacking your fish, you do want to get rid of it, using one of the methods described earlier in this guide.

Q: What do Bristle worms eat?

A: Generally, you don’t need to worry too much about feeding Bristle worms. These creatures are natural scavengers that will exist happily on food that drifts down to the substrate from above, as well as leaves and algae.

Bristle worms also eat dead fish and other creatures, and some species, such as the Christmas Tree worm, catch floating food with their special appendages.

Bristle worms are not generally considered to be an undesirable resident in your marine aquarium. Indeed, these inoffensive little creatures can help the aquarist clean up waste and general detritus.

So, in a nutshell, if you want a few harmless cleaners in your tank, you might want to let the Bristle worms stay. On the other hand, fireworms should be shown the door right away and handled with extreme care!