Betta fish in the wild | Where do wild Bettas live? The Siamese fighting fish, better known as Betta splendens or just Betta, is one of the most popular aquarium fish worldwide. Loved by aquarists for its splendid colors, flowing fins and feisty attitude, it’s almost impossible to imagine the aquarium hobby without it. Despite this, many aquarists have little idea of the origins of their finned friend.

For those who’d like to know more about where Betta fish live in the wild, what they eat in the wild and how they became the fish we know today, we’ve put together a brief overview. Don’t underestimate the importance of this information: knowing where your fish came from can be a great help in providing better care for it!

Note: were you looking for a guide on caring for Betta fish? If you’re still trying to figure out what this fish needs, head over to the Betta caresheet instead.

Where do Betta fish live in the wild?

As the name “Siamese fighting fish” suggests, wild Betta splendens originate from Thailand (formerly known as Siam). This species, as well as anywhere between 70 to 90 other species of wild Bettas, can also be found in Cambodia, Laos, Vietnam, Brazil, Colombia, Indonesia, Malaysia, Singapore, and the Dominican Republic. A few of the more popular species kept in the aquarium hobby can be found in the article on wild Betta fish.

Given how hardy Bettas are, it’s possible that they can be found in other countries as well, which can prove disastrous for local species. For example, very recently (July 2019), thousands of rogue Betta splendens were found in the Adelaide River and floodplains of Darwin, Australia. Although experts are not yet sure of what the impact on local ecosystems will be, there’s cause for worry.

Since Bettas have a specialized organ called the labyrinth organ, they can survive in oxygen-poor water and will hop from puddle to puddle in search of new homes if the situation becomes dire. This is a last resort however, and fish can easily die in the process. As such, the idea that Betta fish can be kept in tiny bodies of water without consequences is unfortunately incorrect (more info in “Why Betta bowls are bad“).

The tropical climates within the Betta’s natural range creates a wide variety of water conditions. Temperatures can range from 59 degrees Fahrenheit (15 °C) in the winter to 104 degrees (40 °C). in the summer. The pH varies as well from, with waters ranging from highly acidic to relatively alkaline. Hardness can be anywhere from very soft to hard or even brackish (with Betta mahachaiensis favoring the latter). It’s partially because of this high adaptability that Bettas are so popular in home aquariums.

What do wild Betta fish eat?

The Betta complex’ upturned mouth reveals the diet the species has adapted to. Betta fish in the wild are insectivores, primarily eating midge fly larvae (bloodworms), as well as other larvae (mosquito, for example) and insects. They will also consume smaller fish and fry, if given the chance.

Wild Bettas that are captured and raised in captivity can be trained to accept other types of foods as well, such as flakes and pellets. Domestic Bettas will take these food types with no issue. You can learn more about feeding domestic Bettas in the article on feeding Betta fish.

A (very brief) history of how Bettas spread across the world

Although hobbyists have been passing on stories of Betta fish for centuries, the exact history of how domestic Bettas came to be is not altogether clear because of scarce documentation. Fortunately, because of the sheer passion of hobbyists digging back through the ages, we do at least have an idea, even if some of the exact details are muddy.

As it was mentioned earlier, it’s commonly believed that Betta fish originate from Thailand, where wild males were first caught and bred for fighting. The sport became so popular, and the gambling so rampant, that the king of then Siam, Rama III, taxed these fights. The king himself was passionate about the sport and presented a pair of his prized fish to a man named Dr. Theodore Cantor in 1840. Cantor initially gave these fish the scientific name of Betta pugnax, although they’d later be reclassified to Betta splendens. 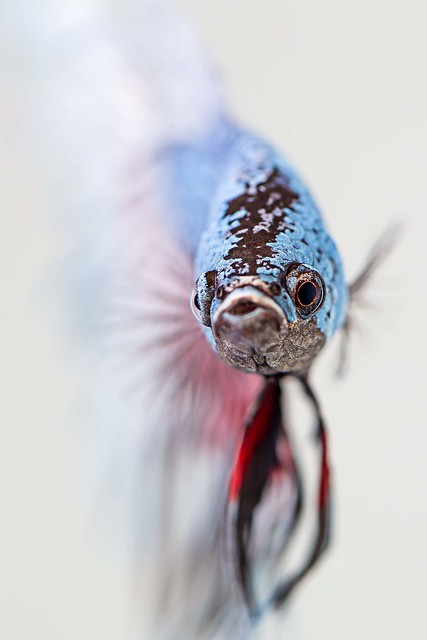 In the late 1800s, interest for these fish began to spread across the world. Although the exact dates are debated, it’s generally believed that one of the first export of Bettas was to France in the early 1890s.

The French weren’t the only ones in love with these fish. For example, there are records of fish being imported to Russia from Germany in the 1890s, suggesting that Germany already had Bettas as well. The United States were a little slower catching onto the craze, with reports of long-finned varieties first being imported much later in the late 1920s.

Note: confused about all the names for different fin types? You can find an overview here. 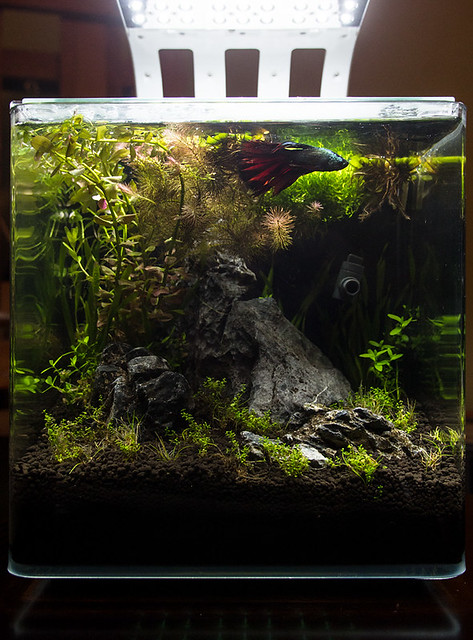 Have any more questions about Betta fish in the wild or want to share your own knowledge and experiences with this little fish with a big history? Don’t hesitate to leave a comment below.