Planaria In The Aquarium: Eliminating Flatworms 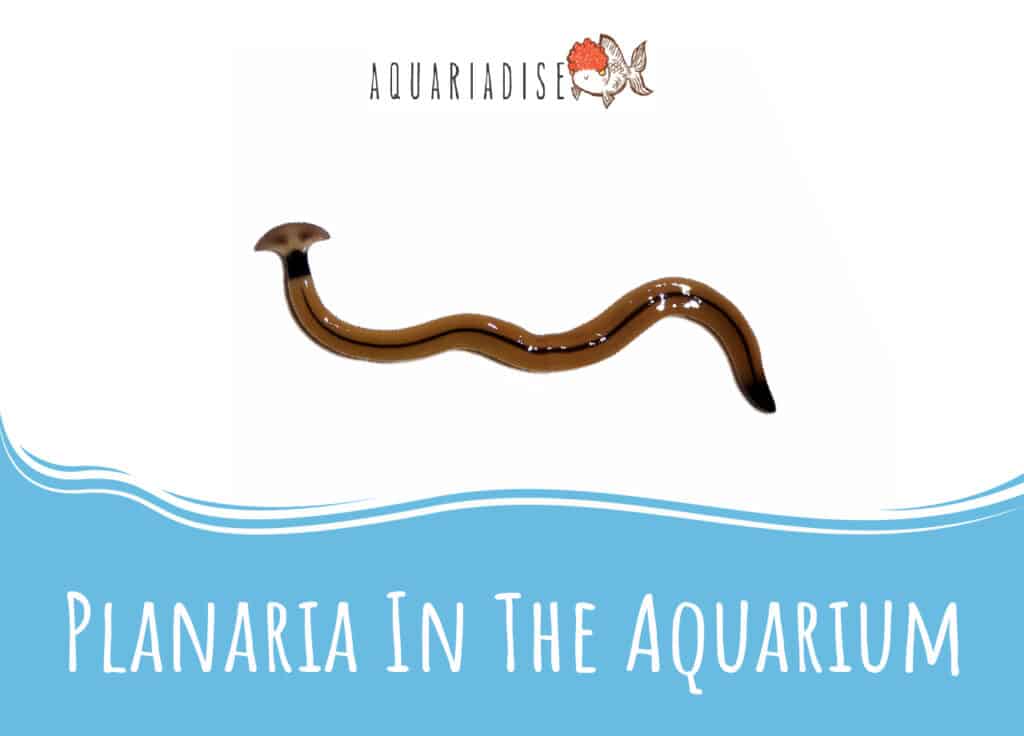 If you’ve been an aquarist for a while, chances are you’ve spotted these white worm-like creatures crawling on the glass. Ew! Luckily, they’re not harmful to most aquarium inhabitants.

Keep reading for more information about planaria, how to identify these creepy worms and what to do about them.

Planaria (singular: planarian) are flatworms that appear in many shapes and forms throughout the world in both fresh- and salt water. Unfortunately, they can also sometimes be found in our own aquariums since they’re expert hitchhikers! They can hide away in plants, substrate, rock crevices, and even attach themselves to fish for a free ride. They’re rather common, so most fishkeepers will deal with these pesky aquarium worms at some point during their fishkeeping career.

Since there are so many types of aquarium worms, how do you know if you’re dealing with planaria specifically? If the aquarium worms in your tank are about 10 millimeters long, flat, have a distinctly triangular head, and glide across the glass with ease, you’re probably dealing with a planaria infestation. They are also typically whitish in appearance, although can be found in shades of brown as well. They may even be pink depending on what kind of food they’re feeding off!

Note: if you find white worms in your aquarium that are tiny, stringy and wriggly and mostly stay near the substrate, they are likely not planaria. They are detritus worms that, like planaria, appear when there is too much excess food.

Planaria can be found in almost every aquarium, which is usually no problem since they are generally harmless. In fact, you may see one or two lone white worms in the aquarium and dismiss them. It’s only when you suddenly see hundreds of unsightly white worms bravely cruising along the glass that you’ll suddenly realize that you have a problem.

If you see these white worms, it’s a sure sign that you’re overfeeding your fish or shrimp. Luckily, if you only keep fish, planaria typically won’t pose a real threat. In fact, some fish species, like Bettas and pleco varieties, are actually said to view them as a tasty snack!

While planaria may not harm fish, if you’re a shrimp keeper, planaria may prove to be more of a headache. Some of these flatworm species are predators that prey on anything small that comes their way, including eggs, shrimplets, other worms, and sometimes even adult shrimp.

Removing planaria from your aquarium can be quite difficult since they thrive off of leftover food. What makes the situation worse is that these white worms are asexual, so stopping them from reproducing while they have a buffet is nearly impossible. However, there are a few things you can do to battle a planaria infestation:

When using medications to get rid of planaria, it’s important to remember that the dead worms will all start rotting and producing ammonia within a few hours. An ammonia spike can be lethal to fish, especially shrimp, so keep a very close eye on water values and do a water change if necessary.

How to prevent a planaria infestation

The best way to prevent a future planaria infestation is to reevaluate your regular aquarium cleaning routine. Although it can be a hassle, make siphoning the bottom of your aquarium a regular part of your weekly water changes to prevent excess food buildup.

You don’t have to clean all the substrate at once. For example, you can mentally divide your aquarium into sections and choose just one to siphon with each water change. By doing the tank in sections, you’ll also avoid stirring up too much gunk that can lead to even more ammonia spikes.

There is still much discussion on the best way to eliminate planaria from aquariums. Various fishkeepers report different treatments and outcomes, so a definite “cure” that works in all situations and is 100% safe for all fish and inverts has not been found yet. The treatments listed above should be pretty safe, but unfortunately unexpected deaths may still occur.

If you have any more questions about planaria and the best way to eliminate them or if you want to share your experiences, leave a comment below. Happy fishkeeping!

11 thoughts on “Planaria In The Aquarium: Eliminating Flatworms”