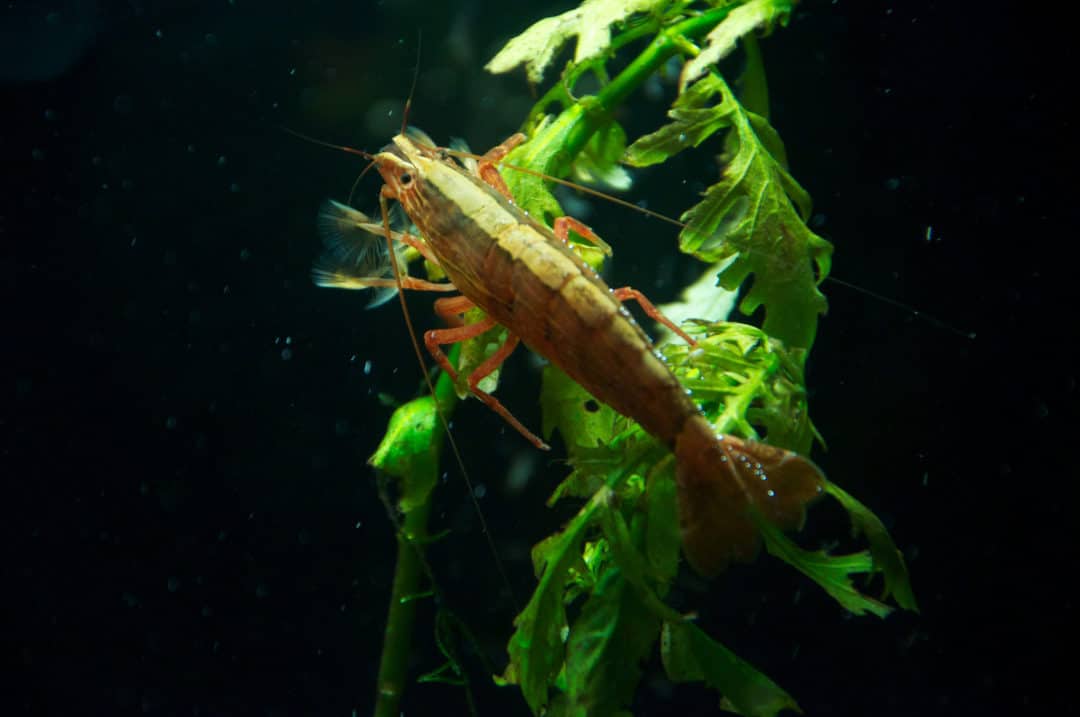 The filter feeding Atyopsis moluccensis is one of the most interesting aquarium shrimp available in the hobby, courtesy of its unusual feeding method. Unlike most of their cousins, bamboo shrimp are not bottom feeders. They use fan-like appendages to filter particles out of the water. This calls for an entirely different feeding method, but luckily caring for these shrimp is not too hard if you know what you’re doing!

Bamboo shrimp are naturally found in South-East Asia, where they inhabit fast flowing inland streams. Despite its popularity across Asia, Europe, and the United States, it’s difficult finding documentation on when bamboo shrimp were first introduced into the home aquarium hobby.

With their reddish-brown color and creamy white back stripe, bamboo shrimp are a decorative addition to the aquarium. Additionally, they may also change to hues of brown, green, and yellow, which is normal. Their most striking feature, though, are the large feathery ‘fans’ used to filter particles out of the water.

With a maximum size of around 4.7 inch/12 cm, these shrimp are significantly larger than dwarf shrimp. Females are larger than males and have smaller front legs.

Although bamboo shrimp are relatively easy to keep, their feeding method does require the aquarist to take a few extra measures to ensure they don’t end up starving. Keep these shrimp in an aquarium of 20 gallons (76 L) or more and be sure to imitate their natural habitat by using a filter with a strong flow.

A hillstream habitat with coarse substrate and boulders would be ideal for this species. Provide a perch, like as a piece of tall wood or rock, in a high current spot so the shrimp can use it as a foraging location.

Bamboo shrimp like to have access to a hide to stay in between feeding sessions. Additionally, like all shrimp, Atyopsis moluccensis regularly molt. They shed their exoskeleton to reveal a new one that has been forming underneath. Right after molting the new exoskeleton is still soft and the vulnerable shrimp will go into hiding for a few days until it has properly hardened.

Be sure to provide an environment with plenty of hiding spots (such as shrimp flats) your shrimp can use as a ‘home’ and retreat to while molting.

Because bamboo shrimp are extremely non-assertive as well as vulnerable, great care should be taken to select tankmates that won’t harm them. This means no cichlids, Bettas or other carnivorous fish that would view them as prey.

Peaceful species from this list and other harmless inverts such as dwarf shrimp and snails would make a good choice. Maybe even consider a single-species biotope aquarium if you really want to enjoy this species! This will also give you the chance to show off your aquascaping skills.

Also be sure to always keep your bamboo shrimp in groups, as they appreciate safety in numbers.

One of the more difficult aspects of bamboo shrimp care is their diet. These shrimp are filter feeders that can stand in the current almost motionlessly for hours on end, waiting for tiny particles to stick to their fans. A fascinating view, but it also means that a few special measures need to be taken if you don’t want your bamboo shrimp to go hungry.

You can target feed these shrimp by releasing (powdered) food just upstream so it flows right into their fans. They are omnivorous and will appreciate anything they can catch: baby shrimp food, algae powder, crushed fish flakes, baby brine shrimp, anything works.

In addition to powdered food, many aquarists like to simply squeeze their filter sponge into the tank. This releases a cloud of particles that bamboo shrimp will absolutely love to feed on. Only do this if you’ve got a stable cycle running in your tank, though!

These gentle giants are contented to sit under the filter all day long to catch food with their fans. In fact, if they get enough food from the flow, they may stay in place so long that algae may grow on their exoskeleton! Fortunately, this is harmless.

When you first get bamboo shrimp, they may be shy until they settle in. However, if you have lots of hides and a large group, the shrimp will typically become more comfortable. They also tend to be more active at night, so you could consider running a very gentle moonlight lamp to see them in action.

A healthy bamboo shrimp should spend most of its time filtering. Are you seeing your bamboo shrimp attempting to scrape food off the substrate using their delicate fans? This is a serious indication that it’s definitely time to increase feedings!

If you find your aquarium is getting dirty quickly with all that powdered food floating around, try keeping a bottom ‘cleaning crew’ to deal with the particles your bamboo shrimp miss. Amano shrimp work well for this and will cohabit peacefully with Atyopsis.

Tip: If you use fertilizer tabs in the aquarium, you need to be cautious when doing regular tank maintenance. While the tabs themselves are typically safe, it’s been reported that stirring the substrate once the tabs have dissolved can be dangerous. The sudden release of fertilizer particles into the water column where the bamboo shrimp filter for food can potentially cause health problems or even death if ingested.

Although breeding bamboo shrimp is possible, it’s a real challenge. Like Amano shrimp (and unlike the easier dwarf shrimp), they don’t hatch as miniature adults but pass through a larval stage during which they require brackish water to survive.

This means the larvae should quickly be transferred to brackish water (sources report 33 or 34 grams of salt per liter) after hatching and then stay there until they turn into actual shrimp. After this, the fry need to be returned to fresh water. Not an easy task, but definitely something to look into as almost all bamboo shrimp in aquarium stores are wild caught.

Although they are not as common as dwarf shrimp, you should be able to find bamboo shrimp at some aquarium stores. Don’t confuse them with their other filter feeding cousin, though. Vampire shrimp (Atya gabonensis) can be recognized by its blueish exoskeleton and larger size. Green lace shrimp (Atyopsis pilipes), on the other hand, are smaller and less commonly available.

A few missing limbs are not much of a problem, as these can be regrown over the next few molts. Do look for shrimp that are actively foraging and seem healthy and active.

If you have any more questions about Atyopsis moluccensis or want to share your own experiences with this fascinating shrimp species, don’t hesitate to leave a comment below! 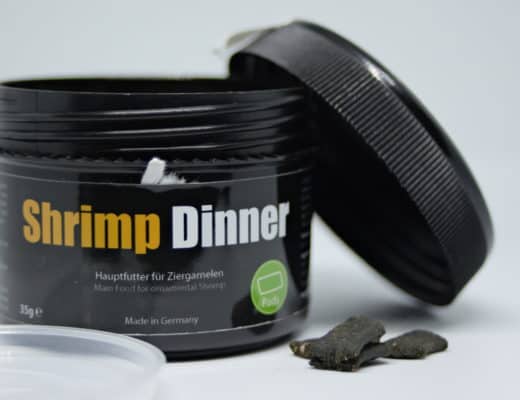 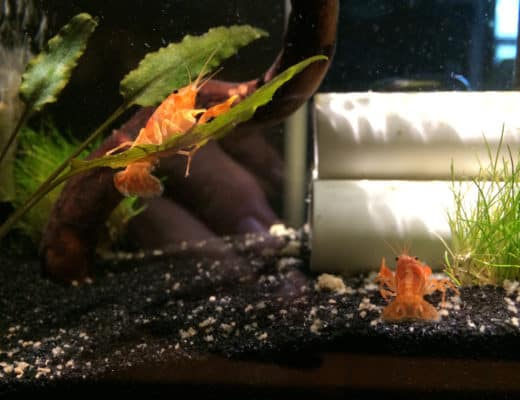 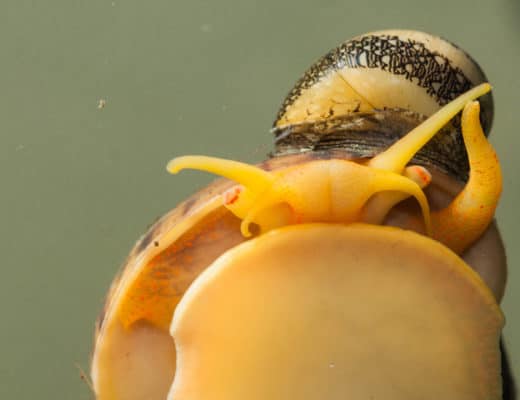