Green Betta Fish: One Of the Rarest Colors 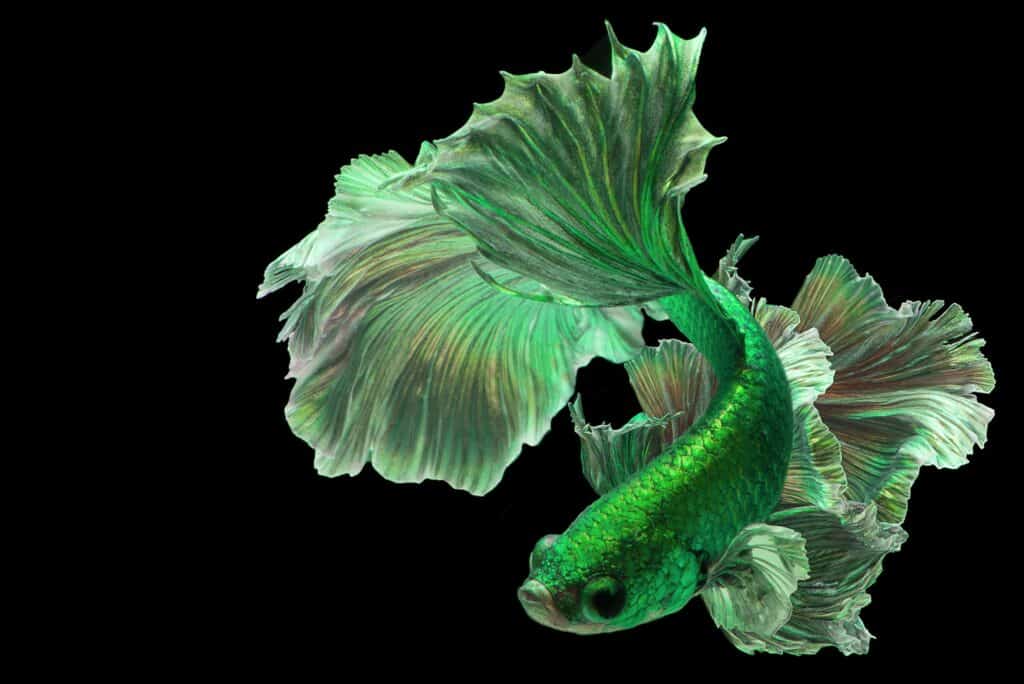 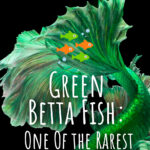 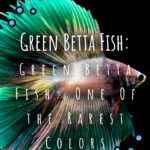 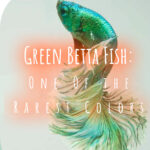 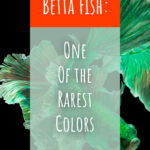 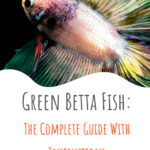 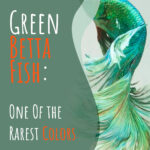 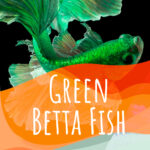 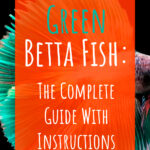 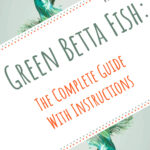 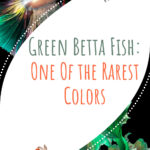 Betta fish, also commonly referred to as Siamese fighting fish, are known for their beauty and aggression but some hobbyists take these traits to the extreme. One of the ways that betta fish have been changed through the years is by selective breeding.

This requires breeding two fish with admiral traits and either getting an even more refined result or getting something new entirely. One of the outcomes from this selective breeding is the rare and beautiful green betta fish.

Keep reading to find out everything you need to know about betta fish colorations and how bettas were bred to be green!

Betta fish (Betta splendens) have been loved by the aquarium hobby for decades. Their natural elegance and simple care make them a favorite among beginning enthusiasts and seasoned hobbyists alike.

However, these fish once started in the slow-moving swamps and floodplains of Southeast Asia, specifically in Thailand; Thailand was formerly known as Siam, which is where the Siamese fighting fish name originated.

Over a hundred years ago, these fish were collected from the wild and used for sparring contests due to their aggressive nature. These matches became so popular and commonplace that a tax was assigned. Eventually, this practice was ruled as inhumane but breeders continued to pair their best fish for the beauty alone.

In the wild, betta fish are usually hues of brown and green and have a pretty short tail. Today, betta fish can be found on nearly every pet store shelf in a variety of shapes and sizes. Serious breeders take their fish to national shows and contests to name their fish as the most stunning and beautiful betta fish of that year.

In terms of betta fish care in the aquarium, this species still needs the attention that most other freshwater fish do; they need a filter, a heater, special consideration of tank mates, and regular fish tank maintenance. The best betta care will result in the best colorations and most flowing tails.

What is the rarest betta color?

In short, the rarest betta color is thought to be a true solid purple; usually, ‘purple’ betta fish tend to show up as a shade of blue or red under certain lights, meaning that they are not truly purple. However, some hobbyists think that completely black or albino bettas are much rarer in numbers while purple bettas are just rarer due to demand.

Betta fish have been bred so much that you can find them in nearly every shape and color at a fairly inexpensive rate. The most common colors include red, blue, white, and yellow combinations; it’s even more common to find fish with patterns involving both. For the most part, all of these colors can also be found across fin variations, though some have been preserved for the specific fin type.

But what makes a betta color rare? There are a few reasons why some betta colors might be harder to find than others, and a lot of it comes down to demand, breeding logistics, and genetics.

Believe it or not, most of the reason you can’t find a specific betta color is most likely because there simply isn’t a specific demand for that shade or hue. Because betta fish are usually only sold one at a time, they are not moved from the shelf as quickly as some other fish and this can result in more deaths and higher upkeep for the store in general.

At a commercial level, more specific colors would involve more specific breeding, which would most likely raise the price in return. For those betta fish connoisseurs that desire a solid color or something more than the typical white, red, and blue betta fish, then they are most likely paying large amounts of money to reputable breeders or selectively breeding these fish on their own.

For now, the simple Siamese fighting fish patterns are what customers buy; it could be argued that different fins are in even less demand than colors on a commercial store scale.

Breeding bettas is expensive and time-consuming. Male betta fish need to be separated from other males, and not all female bettas can successfully be kept in a harem. This means that individual aquarium setups are needed for every male and female fish. Keep in mind that some betta fish can successfully spawn over 100 new bettas every time and this quickly adds up to needing a lot of space!

Not only do these fish need their own containers, but they also need to be fed. Most large-scale operations have their own micro-food farms, like Daphnia and brine shrimp, to keep up with the demand of growing betta fish.

In order for all rare colors to become regularly available in pet stores, these breeding techniques would need to be straightforward and efficient.

Of course, genetics comes into play when determining if you’ll get rare colors or if you’ll get the common shades and patterns. To deliberately generate a color, both dominant and recessive genes need to be known; this means that the lineage of the fish would need to be known to understand what genes have been passed down from the parents. This would then allow some probability to be calculated as to which genes would then be passed down to the offspring.

Because of all the available variations of betta fish, it can be difficult to know exactly what colors you’re going to get when breeding. These patterns often make it difficult to get a solid color betta that is completely a singular tone and hue as well.

Are there green betta fish?

Yes, there are green betta fish. However, more often than not, you will find a turquoise betta fish that has a green metallic sheen to their scales instead of a base color of green. These shades can be difficult to see, especially under certain lighting.

That being said, solid light green and dark green betta fish have been known to exist. It is unlikely that you will ever find one in a regular aquarium shop, though!

What is the most beautiful betta fish?

There are many different betta fish out there, all mostly originating from the same Betta splendens species. Each variation has its own beauty to it that is different from the next, and it’s difficult to say which tail fin type, veiltail, halfmoon, double tail, crowntail, or plakat, truly is the most beautiful fish.

Veiltail betta. The most common betta fish to come across in your local pet store is the veiltail betta. This type of betta comes in basically every color and gets its name from its downward-pointing fins.

Halfmoon betta. The halfmoon betta fish tends to have the signature Siamese fighting fish silhouette. Their fins are large and shimmer in the water current as they swim. They are defined by their especially large tail fins, which resemble the shape of a half moon.

Double tail betta. Double tail bettas get their name after their split caudal fins which make for an even more spectacular display as they swim. These two fins usually differ in size, but the bettas with a more evenly split tail are more desirable.

The double tail betta is not the most popular tail type and hobbyists might have difficulty finding one at their local pet store.

Crowntail betta. The crowntail betta is a recent addition to the many different types of bettas now available, only being discovered within the last 30 years. These fish have quickly become a favorite for many betta enthusiasts due to the spikey appearance of their fins. These fins also make these bettas some of the easiest to identify!

These types of betta fish are thought to be the most closely related to their wild ancestors; with this, it is also believed that they are the most aggressive Siamese fighting fish currently in the hobby. It should also be noted that plakat bettas are one the best types of betta fish to keep as their short tail fins make it easier for them to swim as a normal aquarium fish should.

Betta fish have long been adored for their stunning shades of red, blue, yellow, and white with overlaying metallic scales and ornate tail fins. Their popularity in the aquarium hobby is also due to their minimal tank requirements and forgiving water parameters.

Despite their beauty and easy tank maintenance, betta fish can live up to 5 years and should never be bought on impulse; bettas need a filter, heater, and stable water conditions to keep their magnificent colorations. As always, a new betta fish should never be placed in an uncycled tank.

If you have any questions about betta coloration, general betta fish care, or if you’re lucky enough to own a green betta, don’t hesitate to leave a comment below!