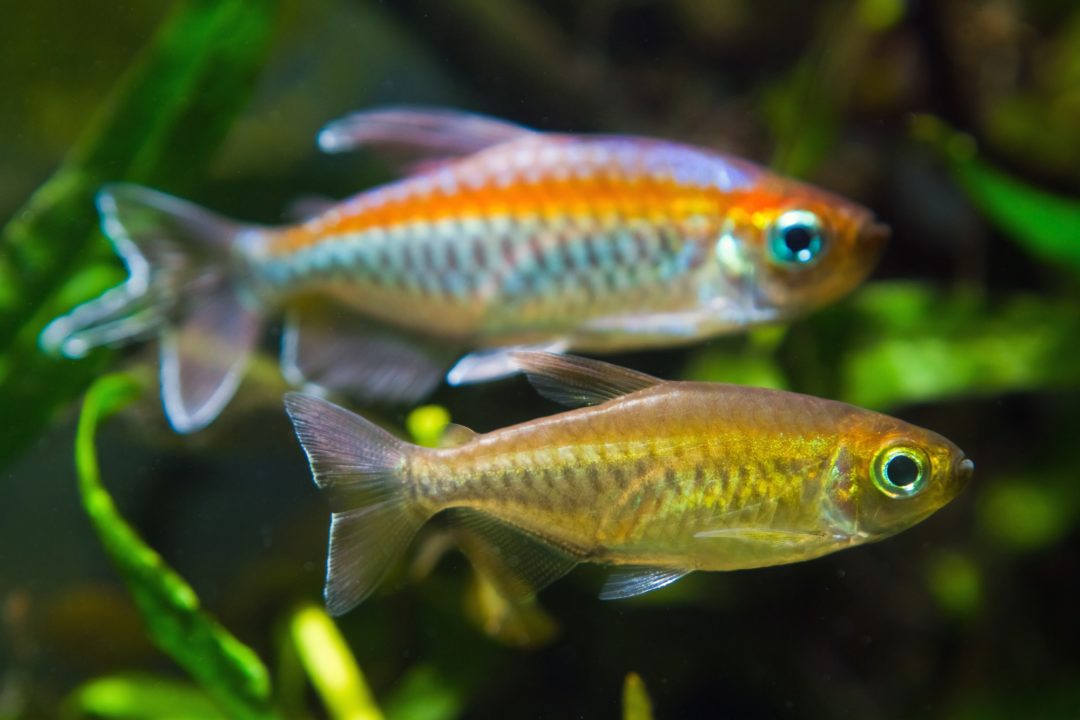 Of the many varieties of tetras, the Congo tetra is perhaps the most overlooked when it comes to the aquarium. These beautiful little fishes have luminescent colors all across their body and make a spectacular sight swimming in a large shoal in any community tank. Many people don’t consider or even notice these fish in fish stores, as they are generally sold as juveniles and lack the spectacular coloration of adults.

In this guide, we take a closer look at this pretty fish species and explain how they must be cared for if they are to thrive in the home aquarium.

The Congo tetra, scientific name, Phenacogrammus interruptus was discovered by Boulenger in 1899. This freshwater fish species is native to Africa, specifically the Zaire River area in the upper Congo Basin, hence the fishes’ common name.

In nature, Congo tetras live in tributaries, streams, and marshes where the water is slightly acidic, and the visibility is poor. These environments are typically sandy-bottomed and surrounded by lush vegetation. These Congo fish also inhabit pools where the water movement is slow, and the substrate is thick with mud and silt, broken up by a few rocks but no driftwood or fallen branches.

There are no immediate environmental threats to the species, and the Congo tetra does not, therefore, appear on the IUCN Red List as being of concern. The lifespan of these fish is typically between three and five years.

Male Congo tetra size is typically 3.5 inches in length, whereas females grow to a little more than 2 inches. Mature Congo tetras are rainbow-colored and opalescent, with the top part of their body being blue, shading to red in the mid-section, through to yellow-gold, and then back to blue. The fish’s fins are grayish-purple edged with white.

Phenacongrammus interruptus is a moderately hardy species. However, their care requirements are quite specific, and these fishes are, therefore, not recommended for complete beginners.

Congo tetras are very sensitive to poor water quality. If kept in unsatisfactory conditions, the fishes’ color will fade, and fin damage occurs.

These are rather shy fish that can become the victims of an attack by more aggressive tankmates, ultimately leading to stress, injury, and potentially even death. For that reason, you must always keep Congo tetras in shoals of at least six individuals so that the fish are confident and feel safe in the tank environment. Although these tetras are peaceful, you should know that they may nip the fins of smaller fishes.

Also, the Congo tetra can be quite skittish, and movement and loud noises near the tank can upset the fish and send them rushing for cover. So, don’t tap on the aquarium glass, and position the tank somewhere quiet.

As previously mentioned, the Congo tetra is not the easiest fish to care for in that they are pretty fussy when it comes to water quality.

Here’s what you need to know about Congo tetra care requirements so that you’re forewarned before you take the plunge and bring some of these delightful fishes home.

You will need a tank of at least 40 gallons to accommodate a school of these fish, as males can grow to over 3 inches in length. These tetras enjoy plenty of free-swimming space in the middle of the aquarium and plenty of thick planting too, so a tank of 55 gallons or more is ideal if you plan to keep a school of six individuals or more.

Congo tetras are relatively straightforward to look after, provided that you keep the tank water clean. If conditions become unsanitary, the fish will lose their coloration and may become sick.

The aquarium should have an efficient filtration system, and you will need to carry out partial water changes of up to 25% every other week, or more frequently if the tank is well-stocked.

A tank with a dim lighting setting and dark substrate suits these fish perfectly, showing off their beautiful colors to the best effect. Be sure to include lots of lush planting too around the edges of the tank, and leave plenty of open swimming space in the central area.

River sand makes an ideal choice of substrate, decorated with some rocks, twisted roots, or driftwood. The addition of dried leaves to the tank will help to create a blackwater environment that replicates the fish’s natural habitat and will help to keep the fish relaxed and stress-free.

When choosing plants for the tank, you should be aware that Congo tetras are partial to nibbling on soft leaves and young shoots, so be sure to choose plant species that are robust enough to withstand a small amount of damage. As these are timid fish, lush, dense planting is essential so that the fish have somewhere to hide and take refuge if they feel threatened.

Congo tetras prefer water that is slightly acidic and flows with a moderate current.

Congo tetras are omnivores. In nature, the tetras feed mainly on insects, although they also take worms, plant matter, crustaceans, algae, brine shrimp, bloodworms, and other forms of zooplankton.

Aquarium-kept fish enjoy a varied diet that primarily includes flakes, as well as frozen, freeze-dried, and live foods as a treat. It’s best to feed these little swimming jewels several times each day, offering just what they will consume within a few minutes or less at each feed.

You can keep Congo tetras in a species-only setup with a shoal of up to 20 individuals. However, if you have a smaller group, you’ll need a mixture of two or three females to one male or all males to maintain a harmonious community. That arrangement will avert any aggression that may occur during spawning or when the fish are establishing a pecking order within the school.

Although these fish do make good community fish, they may try to bite smaller tankmates. As the Congo tetra is a shy fish, they should not be kept with any aggressive species. Good tankmates for Phenacogrammus interruptus include:

Other tetras and some species of small dwarf cichlids can also make suitable tankmates for the Congo tetra. Some Rasboras and barbs can work well too but avoid nippy fish such as Tiger barbs.

It is possible to breed the Congo tetra in a home aquarium, and they are bred in very large numbers commercially, mainly in Eastern Europe and the Far East.

You can spawn the Congo tetra in a group or in pairs. If opting for the group option, make sure that there are two males per female. To encourage spawning, keep the male and female fishes separate for around two weeks before attempting to breed them, and provide them with plenty of rich food, including small, live foods to bring the fish into prime condition.

When they’re ready to spawn, males will develop brighter coloration, and females will have a rounded belly, indicating that they are carrying a full load of eggs.

When you’re ready to breed the fish, transfer a breeding pair or group into your spawning tank in the evening.

Phenacogrammus interruptus is an egg-layer that spawns seasonally. Ideally, you’ll need a large tank of at least 20 gallons with peat-filtered water and bright lighting that will replicate the tetra’s natural environment.

The water should be slightly acidic and soft with a pH in the range of 6.5 to 6.8, a water hardness of between 1.5° to 3° dGH, and a temperature of between 77° and 84° Fahrenheit. Equip the spawning tank with a small, air-powered filtration system, and use aquarium-safe peat.

Include plenty of live plants, such as java moss or a spawning mop where the female can deposit her eggs. A layer of mesh across the bottom of the tank is also useful, as it allows the eggs to fall through while preventing the parents from eating them.

In the wild environment, bright sunlight triggers spawning, so make sure that your tank is brightly lit during the daytime.

Once the fish are introduced to the breeding tank, it may take a couple of days to induce spawning, although you may have to wait a week before you see any action starting.

Lower the lighting to protect the sensitive eggs, and remove any that begin to look fluffy as they are developing a fungal growth that could spread to the other eggs.

The eggs usually hatch within a week or so, and the fry will immediately be free-swimming. Newly hatched fry can eat baby brine shrimp, finely crushed flake, and rotifers.

Phenacogrammus interruptus is a hardy species that doesn’t generally succumb to diseases, as long as the aquarium is kept clean, and the water parameters are suitable.

However, if the temperature in the tank is too low, the fish may develop Ich or White Spot disease. Reassuringly, thanks to the resilience of these fish to the effects of a disease, outbreaks in the tank can generally be limited to one or two specimens that can be treated in isolation.

Anything that you introduce to your tank can bring with it parasites or bacteria.

So, any new fish must be placed in a separate quarantine tank for at least 14 days and monitored for signs of a disease before you introduce them to your main tank. Plants, substrate, and decorations must be washed carefully in a mild solution of distilled white vinegar and water in the ratio of 1 part vinegar to 1 part water, and then rinsed in clean water. That will kill off any nasties that you don’t want to introduce to your tank.

The species is widely available from most good fish stores, and you’ll also find Congo tetras for sale online through dealers.

Because there are plenty of these fishes available commercially, their price is typically quite low at just a few dollars per fish. Some shops and dealers will offer a reduced price deal too if you buy a group of fish.

The Congo tetra that you see for sale in fish shops is usually a juvenile specimen that will not develop its true coloration and finnage until settled in a suitable aquarium with the correct water parameters and fed a high-quality diet.

The Congo is an unusual example of tetra fish species that can make a beautiful addition to a peaceful community tank setup.

You’ll need a large tank size of at least 40 gallons to accommodate a school of these fishes, and you’ll need to ensure that the water parameters remain correct for the species. Although these fish are relatively easy to care for once you’ve established the right aquarium environment and water conditions, this species is more suited to an aquarist with some experience rather than a complete beginner. 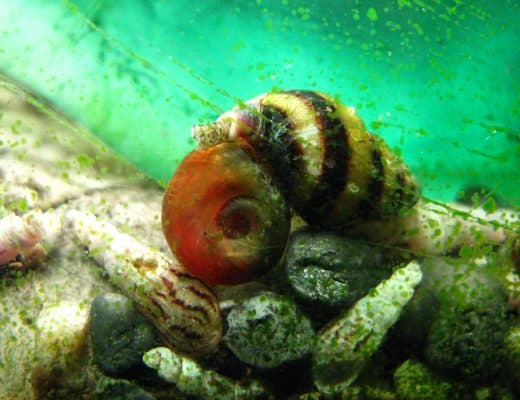 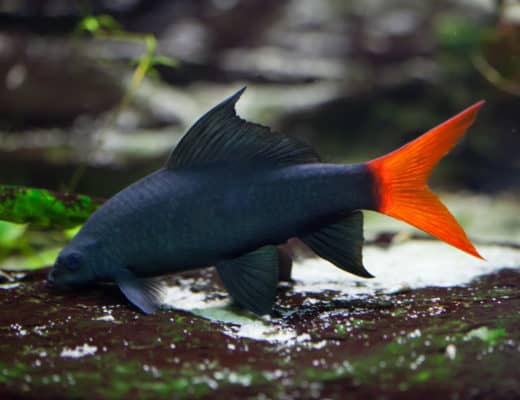 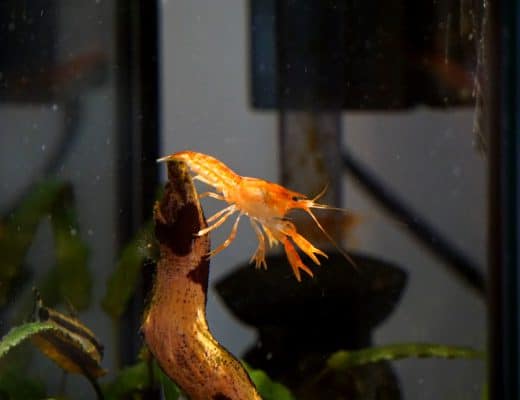