Caring For and Removing Bubble Algae 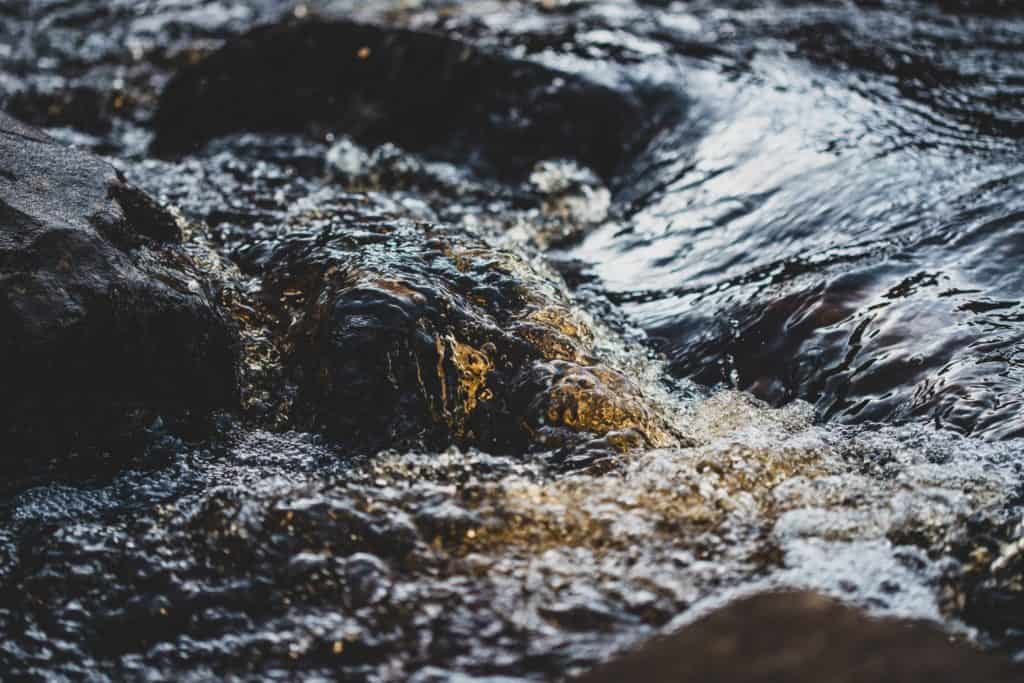 Bubble algae, the scientific name Ventricaria ventricosa, is also known by its common names “sea pearl” and “sailor’s eyeballs.” In a wild environment, the species is widespread and is often found on mangrove roots and attached to living rock.

This form of algae is also an unsightly nuisance that can find its way into reef and saltwater tanks where it rapidly spreads.

In this article, we look at how you can prevent the arrival of this pest species of algae in your tank, and how to get rid of any that does find its way past your defenses.

What is bubble algae?

Bubble algae is a species of algae that can be found in both tropical and subtropical oceans across the globe. Bubble algae have tubular or rounded green bladders that range in size from tiny pea-sized bubbles to quarter-sized or larger.

Each emerald green alga is one single cell, making this species one of the largest recorded single-celled organisms on the planet, with some plants achieving up to five centimeters in diameter. The algae have anchoring structures called hold-fasts, and the bubbles, or bladders, are spore-bearing vesicles that produce more of the pest algae when ruptured.

There are several species of bubble algae.

The variety of bubble algae that’s most commonly a problem in saltwater tanks is Ventricaria ventricosa. Note that red bubble algae can also appear in some tanks, together with the green version.

What’s the problem with bubble algae?

At first, bubble algae can actually look quite attractive in your tank. Since the glistening, green vesicles make an interesting sight, you might think to leave them be. In a balanced system where dissolved nutrients are controlled correctly, a few bubbles growing here and there on rock may add a touch of the unusual to your display.

However, if conditions allow for explosive growth, the bubble algae can even take over the whole aquarium. If that happens, coral, rocks, and any other available hard surfaces can quickly become covered with bubble algae. If one or more bubbles come loose from their attachment site, they can clog substrate vacuums, powerhead intakes, and overflow tubes, potentially causing big problems for your prized reef tank.

How do bubble algae get into your tank?

Bubble algae can sneak into your aquarium undetected as a few spores growing on live rock.

For that reason, always quarantine new live rock just like you would do an invertebrate or fish. Similarly, when adding coral specimens to your tank, closely inspect the disks, plugs, and rocks to which the coral is attached since bubble algae are known to often hitch a ride into tanks aboard these materials.

How to get rid of bubble algae

Although having bubble algae in your reef or saltwater aquarium won’t harm your fish, too much can become unsightly, and you will most likely want to get rid of it.

There are several methods of removing bubble algae, which we explain below:

Sometimes, if you discover bubble algae early, you can remove them by hand. To do that, you must eliminate the complete organism, including the anchoring structures, since otherwise, the algae will simply grow back.

A sharpened screwdriver is the best tool for that job. Carefully grip the bubble toward its base, and pull it gently, twisting it as you do so, to free the algae from the rock. While removing the algae, be very careful that you don’t pop the bubbles. The bubbles contain spores that will grow into more algae if they are allowed to escape into the saltwater. The best way to prevent that from happening is to use a siphon to suck up the algae during the manual removal process.

You must remove the bubbles before they are allowed to grow too big. Otherwise, the algae may rupture, releasing its cargo of spores into the water before you have a chance to remove them.

Any rocks that are heavily coated with bubble algae should be removed from the tank and cleaned more aggressively in a separate bucket filled with saltwater. Bubble algae can flourish in surprisingly shady conditions, so remember to check underneath rocks and feel behind stacks of rocks to make sure that there are no algae growing out of sight.

It’s also possible to control bubble algae by denying them the nutrients that they need to grow and thrive.

There are many marine invertebrates that would help to control bubble algae in the aquarium.

Marine nails, such as turbo snails, may be useful for preventing bubble algae from establishing footholds, but they won’t help much with an existing infestation.

Emerald crabs, Mithrax sculptus, and some types of sea urchins will gobble up bubble algae. However, these creatures would most likely also eat costly invertebrates, such as coral. Emerald crabs are not exclusively herbivorous, and you may find that they will make a meal out of invertebrates and even small fish.

Sea hares are voracious, exclusive consumers of bubble algae. But, unfortunately, once the sea hares have reproduced enough to eat all the bubble algae in your tank, they will probably starve and die off, fouling the water.

With all these bubble algae eaters, there’s the danger that they may tear the vesicles, releasing more spores into the tank and adding to the problem that you already have.

The bottom line here is that grazing herbivores may be extremely effective in controlling a fresh outbreak of bubble algae once you’ve removed most of the plants. However, if your tank is already heavily infested, the most effective method of removal is by hand.

Many kinds of blennies will spend many hours each day picking away at the rock, vacuuming up any algae they can find. Tangs, angelfish, and surgeonfish all like to eat bubble algae, and they can be very effective at keeping control of the nuisance growth in your tank.

Unfortunately, most of those fish need lots of space and can get very aggressive toward other tank residents. Also, all fish that eat algae will almost certainly need more in their diet than just that to survive, as they will eat most of the bubble algae in your aquarium pretty quickly.

It is thought likely that bubble algae, like most other rock algae types, need nitrates to grow. Also, algae-like phosphates for growth. So, if you keep levels of those chemicals in the water as low as possible, bubble algae should find it difficult to grow in your aquarium.

Try to keep your water with zero percent nitrates and an undetectable level of phosphates by using a phosban reactor. You’ll also want to carry out weekly partial water changes, using reverse osmosis water, or run a protein skimmer as well. You will also want to think about running an attached refugium that the macroalgae Chaetomorpha will need to grow.

In this part of our guide, we answer some of the questions that are most frequently asked about bubble algae and how to remove it.

A: There are certain fish species that eat bubble algae, including blennies, tangs, angelfish, and surgeonfish. Also, some invertebrates, such as emerald crabs, sea urchins, and turbo snails, will graze on bubble algae.

Q: Will bubble algae go away?

A: No. Unfortunately, bubble algae won’t just disappear on its own. You will need to remove it by one of the various methods described earlier in this guide.

Q: How do you kill bubble algae?

A: You can get rid of bubble algae by manual removal. Also, certain invertebrates and fish eat the algae and can help to prevent fresh outbreaks. Depriving the algae of the various nutrients, it requires by managing the water parameters in your tank can also be effective. Certain other types of algae compete with bubble algae for nutrients, and introducing these can help to crowd-out the unwanted species.

Q: How does bubble algae spread?

A: Bubble algae spreads via spores contained in the bubbles. Once the bubbles rupture, the spores float freely throughout the aquarium, attaching to the rocks and rapidly forming new colonies.

Bubble algae in various forms grow in saltwater, rapidly spreading throughout your tank and attaching itself to hard surfaces like rocks and decorations. At first, the algae looks quite attractive, but due to its habit of putting out spores and spreading, most hobbyists find the algae too much to keep and want to get rid of it.

There are some saltwater species of invertebrates and fish that eat bubble algae, as well as other kinds of algae that compete for the same nutrients and may help to keep it under control.

Always quarantine any new living rocks before adding them to your existing setup, in case spores are present, even if you can’t see any with the naked eye. Remove by hand any obvious algae that may be growing on rocks already in your tank.