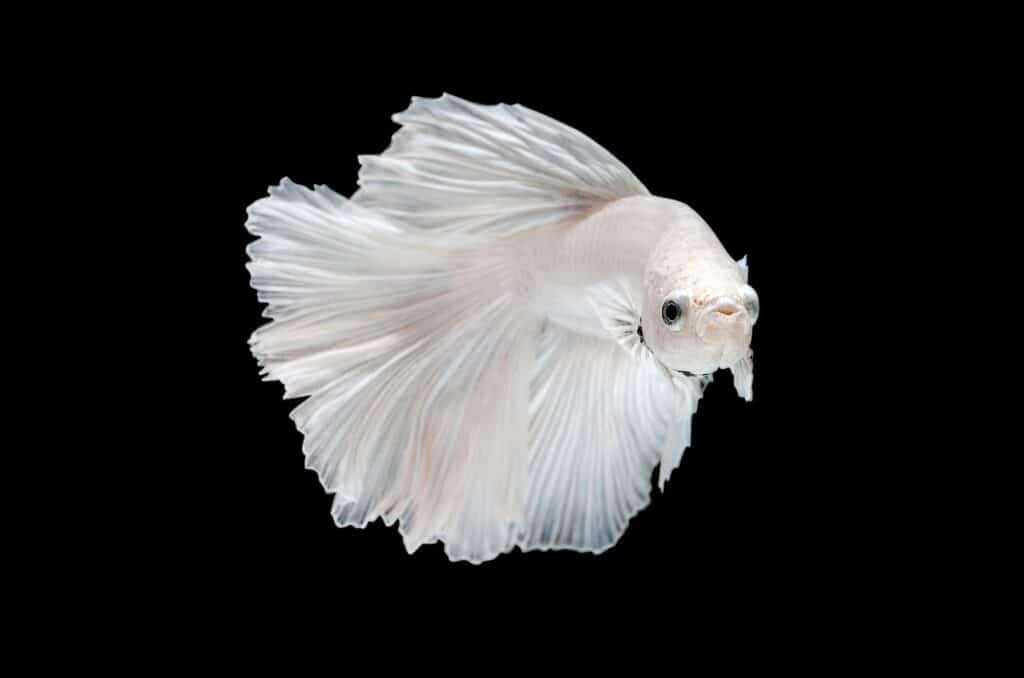 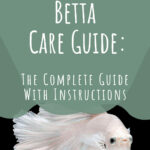 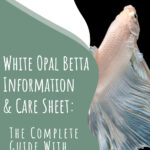 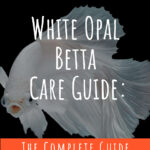 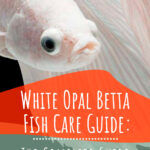 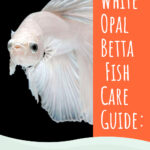 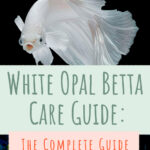 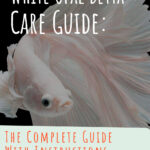 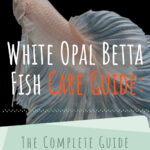 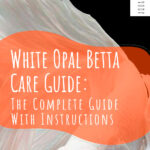 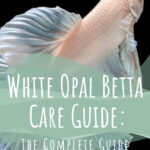 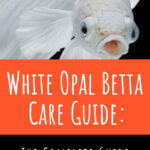 Betta fish are an extremely popular species of freshwater fish that many hobbyists enjoy keeping as pets. Bettas come in a mind-blowing range of colors and forms, many of which are truly spectacular. The White Opal betta is a color morph that’s not as in demand as other brighter shades, and that’s a shame because these guys can be no less beautiful.

In this guide, we take a look at the white opal betta to show you what you could be missing out on!

What is a white opal betta?

Bettas are not difficult to care for, as long as they are provided with the correct water conditions and diet, and that, combined with their beauty, makes them a popular choice with many aquarists. These fish have personalities, too, learning to recognize and interact with their keepers, performing simple tricks, and patrolling their territory with insatiable curiosity.

But it’s the betta’s colors and finnage that makes them such a popular pet. Betta fish have been cross-bred over many decades to produce fish with the most incredible vibrant colors and gorgeous, flowing fins.

White Opal betta fish have completely white bodies and finnage that often has a subtle pearlescent sheen. The fish sometimes appear pinkish in color because the fish’s flesh can be seen through the scales.

White bettas are perhaps one of the more unusual color variants that you find in fish stores, as many hobbyists prefer the brightly colored specimens that really pop in the tank. However, you can find plenty of White Opal specimens online or from specialist dealers.

A pure white betta can look absolutely spectacular, depending on the tail type you choose. Here are some of the tail forms to look out for when choosing your white opal betta.

Crowntail bettas first appeared out of Indonesia around 25 years ago, having been created by betta breeder Ahmad Yusuf.

Males of this variety of betta fish have fins that resemble a long, spikey crown, while females have shorter tails and are less spectacular in appearance.

Veiltail bettas are very commonly available in most fish stores. These fish have long, flowing tails that drape downward like a veil. If you fancy having a go at breeding bettas, the Veiltail is the easiest to breed, as this tail form is the most dominant genetically.

Unlike other betta fish, plakats have short, thickened bodies and round tails that don’t trail and flow. That said, male fish of this variety still have incredible coloration.

Plakats are the original bettas that are found in nature. The fancy tailed, brightly colored varieties that you see today are all bred and hybridized from wild plakat stock. Plakats are the original Siamese Fighting fish that were specifically bred to fight each other while onlookers placed bets on which fish they thought would win.

Halfmoon bettas have large tails that form a half-circle that looks like a half-moon, hence their name. These fish first appeared in betta shows in the 1980s and have remained popular with enthusiasts ever since.

Halfmoon bettas tend to be more aggressive than other varieties except for plakats.

Double tail bettas have two separate tails and large, long dorsal fins. Their bodies are generally short and stocky, similar to that of a Plakat.

Interestingly, the double tail betta gene appears in many other varieties of bettas, sometimes resulting in single-tailed fish having larger dorsal fins with more rays than you see on regular bettas.

Elephant ear bettas are also known as Dumbo bettas. As you can probably guess from their name, these fish have huge pectoral fins that resemble elephant ears. Sometimes, this variant is found in the wild in rather drab colors, whereas the captive-bred specimens come in a wide range of striking colors, including white opal.

Delta tail bettas are named for the Greek letter ‘D’ or Delta. The tail narrows toward the fish’s body, becoming wider at the edges so that it looks like the triangular shape of the Greek letter. There’s also a spectacular variant that’s known as the Super Delta. In these remarkable fish, the tail can have a flare of 180 degrees.

The tail edges are smooth with no crowning or combing.

The rosetail betta is a variant of the halfmoon betta.

In rosetails, the total spread of the fish’s caudal fin is greater than 180 degrees. The tail has branching rays that give the fin the appearance of a rose. In fish where the tail is excessively branched and ruffled, the variety is often called a feathertail.

In general, White Opal betta fish don’t change color. However, if your colored betta fish turns white, there could be a problem that needs investigating or it could simply be that your fish is entering its senior years.

If you have a white betta and he appears very pink, it could be that there’s a health problem you need to address, stress, or incorrect feeding.

Bettas are generally pretty easy to care for, as long as you give them the water conditions they prefer and feed them a varied, nutritious diet.

Here’s a quick overview of how to care for your white opal betta fish.

All bettas grow to between 2 and 2.5 inches, not including their finnage. Provided that you give your fish the correct care and living conditions, you can expect it to live for between three and four years.

Although bettas are small fish, they are highly territorial and do best in a larger tank with a few peaceful tank mates for company.

You can read more about how to choose the best home for your white opal betta here.

Bettas are tropical fish that need warm water to thrive. So, you will need to heat your pet’s tank to a temperature of between 78 and 80 degrees Fahrenheit. The pH level should be between 6.5 and 7.5, and the water hardness should be in the range of 3 to 5 dKH.

You should feed your betta fish twice a day with one fasting day per week to allow its digestive system to process everything. That helps to keep your fish healthy and prevents conditions such as bloat and constipation from developing.

Your betta is omnivorous, although his diet should consist primarily of meaty protein in the form of bloodworms, daphnia, brine shrimp, and more. Your betta’s main diet will be special betta pellets, supplemented by live or frozen meaty foods.

Feed your fish only what he will eat in a couple of minutes. Overfeeding can lead to digestive problems, and uneaten food will pollute your tank.

White opal betta fish are stunning to look at and make just as impressive an addition to your aquarium as their brightly colored cousins.

There is a myriad of tail types to choose from, too, so you’re sure to find a white betta fish that looks truly beautiful. You may even fall so much in love with the white betta that you take up breeding these stunning fish as a hobby to create your own variety.