Goldfish Septicemia – What Causes It, How Do You Treat It? 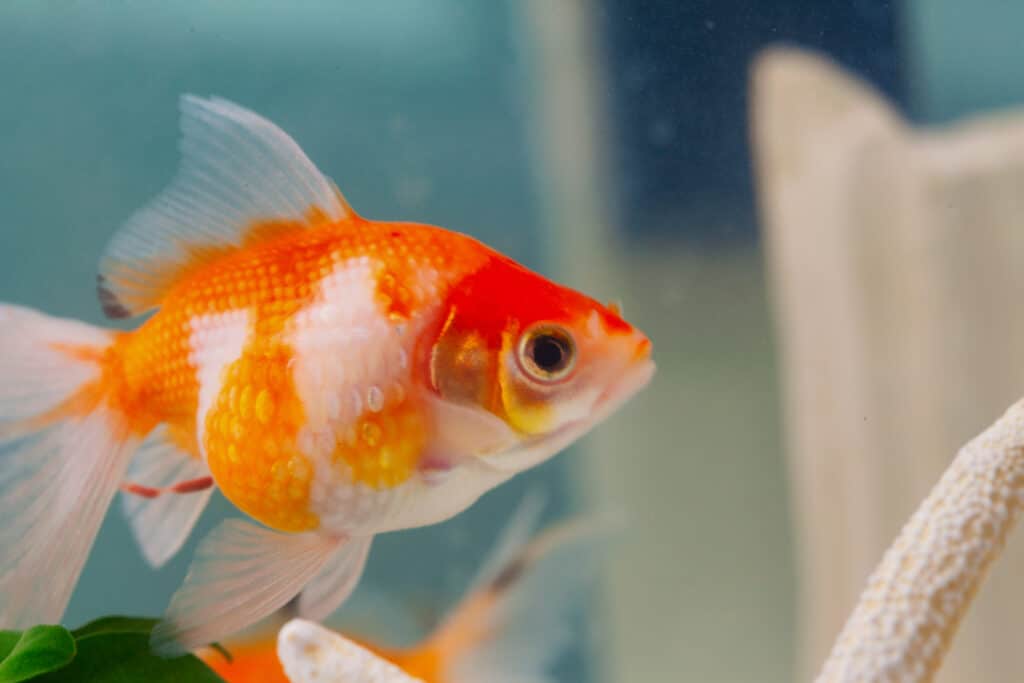 Goldfish are pretty hardy creatures that are resistant to many of the more common fish diseases.

However, like all fish species, goldfish can be vulnerable to a secondary infection called Viral Hemorrhagic Septicemia.

So, what is septicemia? Is the infection fatal to goldfish? And how can septicemia in goldfish be prevented?

Keep reading to find out!

What is Viral Hemorrhagic Septicemia?

Septicemia is a common freshwater aquarium fish condition that’s caused by a bacterial infection in the fish’s bloodstream.

The condition typically occurs when the fish eats food containing harmful bacteria or sustains an injury through which infection enters.

Septicemia can present itself in many ways.

Initially, the sick fish will develop redness under its scales, which can be difficult to detect, depending on the color of the fish.

Generally, Septicemia is most visible around the fish’s face and is almost impossible to detect in red or dark-colored fish.

Lesions and ulcers can eventually develop across the fish’s body. Sometimes, the ulcerated areas will be focused on one area, although they can spread across the body.

Open wounds on a healthy fish are typically pinkish in color and usually heal quickly. If the wound appears fuzzy, black, or greyish in color around the site, it could be infected by Septicemia, and urgent treatment is essential.

Exophalmus or Popeye can also be a symptom of Septicemia, where one or both of the fish’s eyeballs protrude.

Fluid usually accumulates in the fish’s abdomen, and reddish or purple spots appear across the body. Infected fish suffer from hemorrhage around the fins and mouth as the skin becomes discolored.

Observe your fish daily for signs of unusual behavior or color loss that could indicate the early signs of Septicemia.

Viral Septicemia is contagious and can go right through a community tank if you don’t detect and treat it quickly.

There are nine species of bacteria that are known to cause Hemorrhagic Septicemia:

The symptoms of Septicemia remain the same, regardless of the type of bacteria responsible for the condition.

Septicemia generally occurs when external parasites attack the fish, causing external wounds on the fish’s skin. Open wounds can become infected by viruses and bacteria, or the fish can consume bacterial pathogens in its food.

Just like human wounds will become infected if they are not kept clean, common Septicemia thrives in dirty conditions.

So, you need to ensure that your fish tank water is kept clean and properly maintained to keep toxins at bay.

Septicemia is commonly transmitted with live foods that are infected with food-borne pathogens, with poor-quality tubifex and blackworms being the usual culprits.

For that reason, we don’t recommend feeding your goldfish live foods unless you have a home brine shrimp hatchery or you know a reliable supplier.

How To Treat Septicemia

The recommended way of treating Septicemia is to place infected fish in a hospital tank rather than treating the whole aquarium.

Most experts recommend treating Septicemia with antibiotics. If you tackle the problem early enough, diseased fish can usually be treated successfully.

Most aquarium antibiotics are formulated to dissolve in the tank water, where they are then absorbed by the fish. However, since Septicemia is an internal bacterial infection, the best way to treat it is with anti-bacterial medicated fish food.

The drugs of choice to tackle bacterial hemorrhagic Septicemia are gentamicin, amoxicillin, sulfamethoxazole/trimethoprim, and ofloxacin.

Maracyn or Maracyn 2 is an effective method of treating Septicemia.

You can either treat the tank water as directed on the product packaging or by dissolving the product in water and soaking your goldfish’s usual pellet food in it. Feed the soaked pellets to your fish.

The main downside of soaking the fish food prior to feeding is that you have no way of telling how much of the drug each fish has consumed.

In addition, if the fish are suffering from a lack of appetite as one of their symptoms, it can be impossible to administer medicated food.

If the fish are no longer eating, you’ll need to use the standard method of treating the tank water with antibiotics. You can use broad-spectrum antibiotics to treat both gram-positive and gram-negative bacteria.

Resistance to antibiotics is a major issue that faces tropical fishkeepers worldwide.

There are several strains of bacteria and disease organisms, including Flavobacterium columnare, that are becoming a big problem in the hobby. This bacteria can kill a fish in under a day and is pretty much untreatable.

Only use antibiotics when absolutely necessary and when all other treatment methods are unsuccessful.

Following the producer’s dosage instructions can help to minimize the evolvement of new, more virulent strains of bacteria that are antibiotic-resistant.

As previously mentioned, live food is a common source of bacteria and can also come with a cargo of parasites that can make your fish sick.

You can feed your goldfish a diet containing frozen meaty proteins. That ensures your fish are getting the nutrition and variety they need without risking importing diseases into your tank.

Overcrowding your tank can lead to a build-up of toxins, potentially causing an ammonia spike. In addition, a dirty tank can allow bacteria to accumulate, which can ultimately cause Septicemia.

Even though goldfish are sociable creatures that do best when kept in groups, cramming too many fish into the tank also causes stress.

Bacteria thrive in dirty conditions, so it’s essential to keep your tank clean and well-maintained. That’s especially important where goldfish are concerned, as they are notoriously dirty creatures.

You should carry out partial water changes each week to freshen up the water and remove excess nitrates.

As part of that process, use an aquarium vacuum to remove metabolic waste from deep into the substrate, around plant bases, and under internal filter boxes.

Every two weeks or so, remove the filter media from the filter box and rinse the media in tank water to remove accumulations of sludge. That ensures the free flow of water through the filtration system and keeps the system running efficiently.

Avoid overfeeding your fish. Overfeeding leads to a build-up of waste in the tank, placing excess strain on your filter system and potentially causing dirty water.

In these times of rising costs, overfeeding also wastes money!

Only keep peaceful species of fish with your goldfish. If you spot any bullying or fin nipping happening, you might need to remove the offenders.

Watch your fish’s behavior closely for early signs of disease or failure to thrive.

Before adding new fish to an established tank, we recommend placing them in a separate tank for at least two weeks first.

That gives you time to be sure that the fish are not carrying any parasites or diseases that could infect your display aquarium.

It’s also a good idea to treat the quarantine tank with a general antibacterial product to eradicate problems before they arise.

If you have a planted tank, wash new plants in water that contains a solution of antibacterial and antiparasitic medication to kill any nasties before adding the plants to your tank.

Did you enjoy our guide to the diagnosis and treatment of Septicemia in goldfish? If you found the article helpful, please remember to share it!

Septicemia is a bacterial infection that often affects fish as a secondary complication following injury or some other form of disease.

The symptoms of the disease are similar to many other fish diseases, ultimately resulting in reddening of the skin, ulceration, and hemorrhage.

Septicemia can sometimes be successfully treated with antibiotics, provided the disease is diagnosed and treated early enough.