7 Fungus Eating Fish To Add To Your Tank 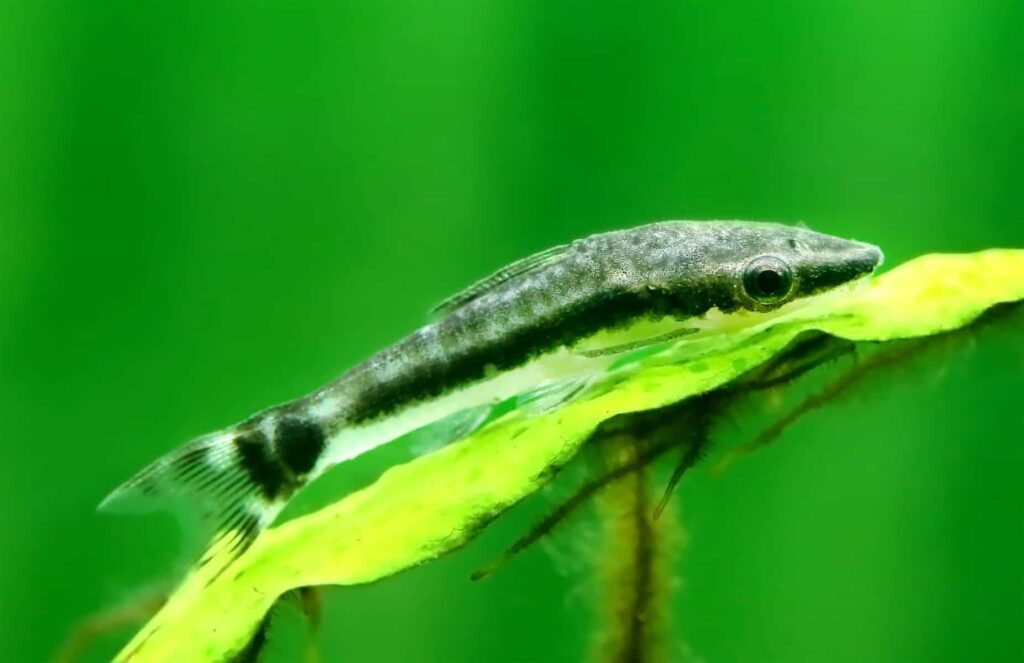 Did you ever notice white fungus growing over the wooden decorations and plants in your fish tank?

Fungus won’t harm the fish life in your setup, but it doesn’t look nice in your aquarium, spoiling the hard work and effort you put into aquascaping your setup. However, don’t despair! There are quite a few ways in which you can get rid of fungus from your fish tank, including recruiting some fungus-eating fish.

Keep reading to discover those fungus-eating fish species that can help get rid of that slimy, white coating that ruins the look of your aquarium.

Luckily, there are plenty of fish, shrimp, and snails that will all eat the fungus that grows in your fish tank. All these creatures are readily available at affordable prices, too. So, you get an added dimension to your aquarium community and a handy cleanup crew, too.

Without further ado, here are our top five fungus-eating creatures that you can immediately bring into your tropical fish tank.

The Bristlenose pleco, also known as the Bristlenose catfish, has a big appetite and can make a wonderful addition to large setups. These fish can get pretty big, growing up to five inches when fully grown. That means they can munch their way through a lot of fungi.

Bristlenose plecos are bottom-dwelling fish that feed on any type of algae, although they will happily graze on fungus, too. Also, you’ll need to supplement the fish’s diet with sinking algae wafers so that the fish get enough to eat.

These plecos are usually chilled-out dudes that will get along with a wide range of fish. Plecos are nocturnal, emerging at night to feed and spending the day hiding out among your aquarium plants. So, if you have a large tank and a fungus problem, the Bristlenose pleco could be worth considering.

These beautiful fish are as helpful as they are handsome. As the name suggests, Siamese Algae Eaters will graze on a range of algae, picking everything they can find from tank decorations, the viewing panes, and even plant leaves.

As a bonus, these hardy fish will also clear away any fungus that’s growing on your wooden pieces and plants. These fish will also eat flake food, pellets, and algae wafers. In fact, you need to make sure that your Algae Eaters get plenty to eat, as they can starve if you leave them to their own devices.

Siamese Algae Eaters only reach a couple of inches in length, making them perfect for fish tanks of all sizes. However, these fish can be territorial, so we recommend large tanks that contain lots of living plants so that each Algae Eater can adopt a patch of their own. If there’s enough space in your setup, you can keep a few of these fish, and they are generally peaceful with any type of fish.

Siamese Algae Eaters are relatively straightforward to care for, provided you keep their tank clean and well-oxygenated. The ideal water temperature for these guys is around 77 F. You’ll need a tank with a tightly fitting lid, as these fish can jump when alarmed.

Otocinclus catfish are extremely popular little fish that make an excellent addition to your freshwater aquarium.

Despite their petite size of up to 2 inches, relentless fungus-eating fish can devour an impressive quantity of all kinds of algae and fungus in a very short time. Although these fish prefer soft green algae and brown algae, they will eat most kinds of dead plant matter and fungus. If there are not enough soft algae to sustain the fish, you must supplement their diet with blanched veggies and algae wafers.

These algae-eating catfish are peaceful little creatures that prefer to live in schools of at least five individual fish. Thanks to their tiny size, you can keep a small group of Otos in a 30-gallon tank. You can keep these catfish with pretty much any other fish species, except large, carnivorous types that might try to make a meal of the Otos.

Another bottom-dwelling species that eats algae and fungus is the weirdly shaped Twig or Whiptail catfish. More properly called the Farlowella catfish, these odd-looking creatures quickly make a meal of any forms of algae and fungus that they find growing on the surfaces within the aquarium.

Although Twig catfish can grow up to 8 inches long, they are so well-camouflaged that they can easily go unnoticed among the plants and other decorations in a fish tank. These peaceful community fish will live happily with other non-aggressive fish species such as tetras, rasboras, hatchet fish, and gouramis.

You can keep Twig catfish in small tanks of 20 to 30 gallons. Set the tank up with plenty of hiding spots, such as driftwood, lush planting, and bogwood, to create the perfect habitat for these unusual fish. Although pretty hardy, these catfish are sensitive to fluctuations in water conditions, so be sure to keep things stable.

Twig catfish can subsist on all types of algae and fungus growing in your tank, but that might not be sufficient to maintain them indefinitely, so be sure to supplement that diet with algae wafers a few times every week.

Mollies are firm favorites with many fish keepers. These brightly colored livebearers are easy to care for and reproduce constantly, making them a fun species to keep in a tropical freshwater tank.

Mollies are omnivores, eating a diet of fish flakes, frozen foods, and live foods. But these attractive fish also eat all sorts of algae and aquarium fungus. Although perhaps not as efficient as some of the other fungus-eaters we’ve mentioned in this guide, a school of Mollies will undoubtedly make inroads into a fungus outbreak in your tank.

If you don’t already have snails in your aquarium, you might want to seriously think about getting some. These peaceful mollusks can do severe damage to algae colonies and plant fungus that you have growing in your community aquarium.

Popular snail species that are especially useful as a cleaning crew in your tank include:

Snails will also graze on leftover fish food and dead plant material before it has a chance to decompose and pollute your tank water. The main drawback to keeping some species of freshwater snails is that they will eat your plants, and they can also lay eggs in the tank that can sometimes make the water cloudy.

There are lots of species of aquarium shrimp that make a quirky, entertaining addition to your tank, as well as provide a useful cleaning service. Many shrimps, including Ghost shrimp, Amano shrimp, and Cherry shrimp, eat algae, leftover food, and plant debris, but they will also make short work of fungus.

Shrimp are easy to care for, inexpensive to buy, and very small, so you can easily fit a group of these industrious little crustaceans into a small tank.

If you have fungus in your fish tank, don’t panic! There are plenty of creatures and fish out there that can make an excellent cleaning crew.

So, rather than resorting to using chemical treatments to kill off the fungus, why not add a few algae-eating fish, snails, or shrimp to your setup instead?

Did you have a fungus problem in your aquarium? Tell us how you got rid of the slimy, white menace in the comments box below!