Freshwater Clams: The Many Different Kinds With Their Care Guides 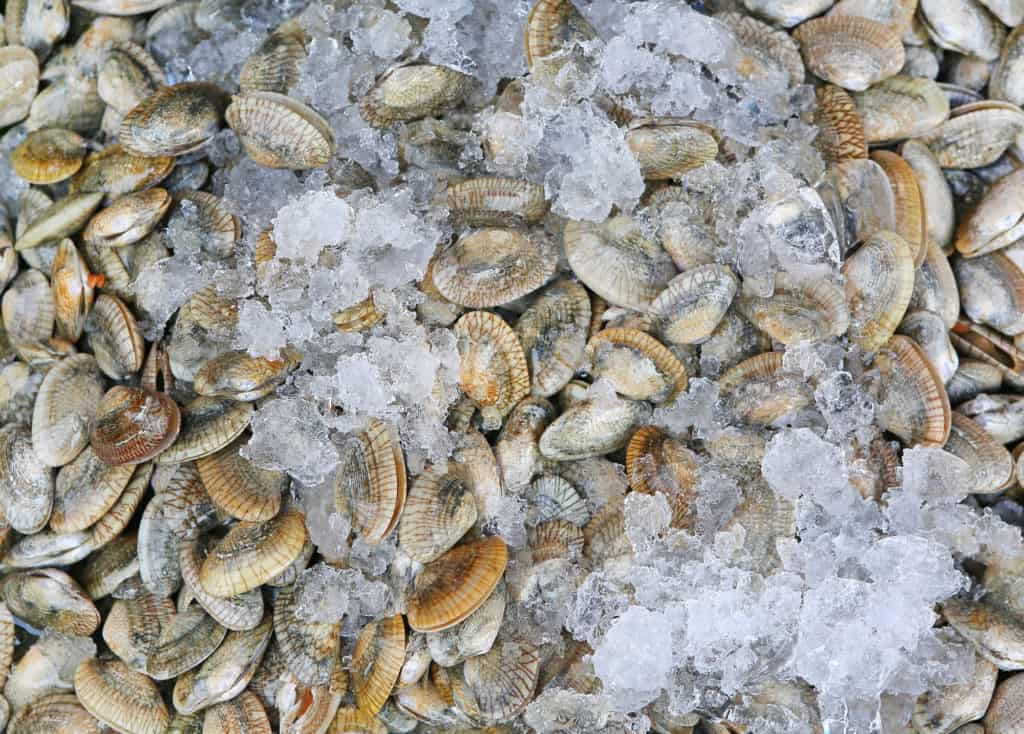 If you’ve ever walked along the beach, you’ve definitely seen clamshells and mussel shells of all shapes, sizes, and colors. Did you know that there are clams and mussels that live in freshwater, too? Did you know that some small species can even be kept in an aquarium setting?

Freshwater clams can make the perfect filter feeder in your aquarium, but require an extreme amount of care and attention and are recommended only for experts. In this guide, we will talk about a few freshwater clams and mussels that you’re likely to come across and the tank requirements they need to thrive.

Keep reading to find out everything you need to know about freshwater clam care and keeping these small mollusks in your own aquarium.

Are freshwater clams good for aquariums?

Freshwater clams and mussels will do best in an established tank (at least a year old) with a soft substrate and lots of plants. There should also be a steady water movement so that food is constantly being moved past your clams for them to filter. Most issues with freshwater clams and mussels are believed to come from a lack of available food in the water column, so it is important to provide as much natural food as possible.

So why are freshwater clams and mussels good for aquariums then if they require so much care?

Advantages of freshwater clams and mussels

These filter feeders do exactly that, filter feed food out of the water column. They are a popular choice of the cleanup crew for tanks with green water problems and film algae. Almost overnight, these clams can make tank water clear and begin to help water quality issues. As we’ll discuss later though, this also means that your freshwater clams will quickly run out of food.

Freshwater clams and mussels are also great because they don’t require much space at all and are different than most other kinds of cleanup crew species. And unlike other cleanup crew members, they get along with mostly every invertebrate and fish (besides those fish that are able to crack open a clamshell, like freshwater puffers).

For most freshwater clams, a minimum tank size of 10 gallons (37.8 L) is recommended; mussels need a little larger due to their size and should be kept in at least 15 gallons (56.7 L). They don’t need any special water parameters or specific filtration as long as conditions remain stable and too much food isn’t filtered out.

Freshwater clams and mussels use calcium for shell growth so it could be worthwhile to include calcium in your water testings to make sure there is enough for healthy growth.

Problems with freshwater clams and mussels

Although freshwater mollusks seem to be straightforward and easy, many hobbyists cannot keep them. What’s even worse is that by the time that they find the dead clam or mussel, the rest of the tank will most likely have been affected. While small, these invertebrates can cause a huge problem if left decomposing in the water.

Because they like to burrow and stay covered for most of the time, dead freshwater clams and mussels are usually not found until there has been a dramatic ammonia spike that has possibly killed everything else in the tank. Sometimes this may even happen just a couple of days or weeks after being introduced into the tank as freshwater clams and mussels do not seem to acclimate to new water conditions well.

If you do manage to keep your small clam or mussel alive past the first couple of weeks, then be ready with food on hand. Like mentioned before, these clams and mussels do an excellent job at filtering aquarium water; the problem is that they also quickly devour all the available food that was in the tank.

While some hobbyists have had success keeping their freshwater clams and mussels happy with just leftover fish food, many turns to supplementing other small foods such as phytoplankton. Others have said that an abundance of live plants helps keep the water full of small food particles and detritus for their freshwater mollusks. The best results probably come from mixing both these methods.

It can be difficult to identify the exact species of your mollusk; this can further lead to providing improper care and affecting the health of the invertebrate. Some species are even poorly studied in the wild, so information can be scarce.

How long will your freshwater clam live?

There is no definite answer to this question; your clam could die the first day you introduce it into your tank or it could continue to thrive for a couple of years.

One thing is for certain though: always make sure you know if your clam is alive or dead!

The most common clam you’re bound to come across is one from the Corbicula genus. Clams from this genus can be found in both freshwater and brackish water areas. They are collectively known as basket clams due to their circular shape and defined ribbing on their shells.

In some countries, these clams make a delicious soup while in others they serve as filter feeders for aquarium systems. Some species of this clam have become a troubling invasive species in many countries, like C. fluminea.

C. fluminea is an extremely invasive species of freshwater clam that is originally from inland areas of Southeast Asia; it is also sometimes referred to as the Asian clam or specifically as the golden clam in the aquarium trade. In the wild, they filter phytoplankton out from the water from the bottom of freshwater lakes, rivers, and canals.

The shells of C. fluminea may sometimes flake, exposing a white underlayer. They can grow up to about 3 inches (7.6 cm) and will need:

While this species of freshwater clam is also invasive, its unnatural range is not as large as that of C. fluminea. Because of this, not too much is known about their wild habitats and natural water conditions. These clams live mainly in Central Asia, but can also be found in the Middle East and Northern Africa.

Mussels are much more likely to be found living in saltwater than freshwater, though there are a few known species out there. Mussels that live in freshwater are part of the Unionidae order, which houses at least 297 different specimens in North America alone. They are mostly found inflowing rivers, creeks, and streams; some species are aquacultured for their pearls.

Within this order is the Pilsbryoconcha genus, which contains five species of freshwater mussel; only one mussel in this specific genus is really available in the aquarium trade, though.

P. exilis is commonly known as the Asian gold clam by hobbyists and is recommended only for experienced keepers. These mussels can grow to about 8 inches (20 cm) and are popular for their golden shells. They also tend to stay on top of the substrate as opposed to other filter feeders that usually completely bury themselves.

They originate from Southeast Asia and are most active at night. They can be seen using their foot to move across the bottom of the aquarium. Because of their larger size, they require:

There are a few other freshwater mussels that you may come across in your search for a mollusk, like the Taiwan pond mussel (Sinanodonta lauta) and the shark fin mussel (Hyriopsis bialatus). However, stories of failure usually outweigh those of success and these mussels will be pretty hard to come by during your search. While most require the same general care, it is never advised to impulse buy a mollusk especially when correct information on care is difficult to find.

As always, never introduce mussels, clams, or any other type of wild marine life into your home aquarium. First, there is a great chance that your new mussel with be carrying a parasite that could devastate the rest of your fish tank. Second, you cannot be entirely sure of the water parameters in the collection area; mussels and clams are sensitive enough in controlled environments, moving them between unknowns will certainly lead to death! And ss discussed before, a dead mussel or clam will devastate your tank.

Can you eat freshwater clams or mussels?

While freshwater clams and mussels may seem appetizing, it is better to leave them in their natural environment. Those species that are used for food are specially grown and raised for safe consumption.

Not only will you be removing the clam or mussel from its role in its ecosystem, but you will also be putting yourself at risk for consuming pollutants. Since freshwater clams and mussels are such good filter feeders, everything they filter from the water (including pollutants) will also be passed onto you.

If that doesn’t curb your appetite, then maybe their taste will. These clams and mussels don’t go so well with garlic and butter! Those who have had success with their foraging search have claimed that these mollusks have a very fishy and dirty taste.

You’re much better off going to the fish market than trying to catch your own freshwater clams and mussels!

Are freshwater clams really worth risking your entire tank? That is a decision for you to make.

If you do decide to search for a freshwater clam for your aquarium though, make sure that the tank is fully established and mature with enough food circulating throughout the water to keep your mollusk fed. Test ammonia levels frequently and maintain water parameters. At the first sign of trouble, make sure that your clam is still alive!

If you have any questions about keeping freshwater clams or have kept a freshwater clam in your own aquarium, don’t hesitate to leave a comment below!

4 thoughts on “Freshwater Clams: The Many Different Kinds With Their Care Guides”