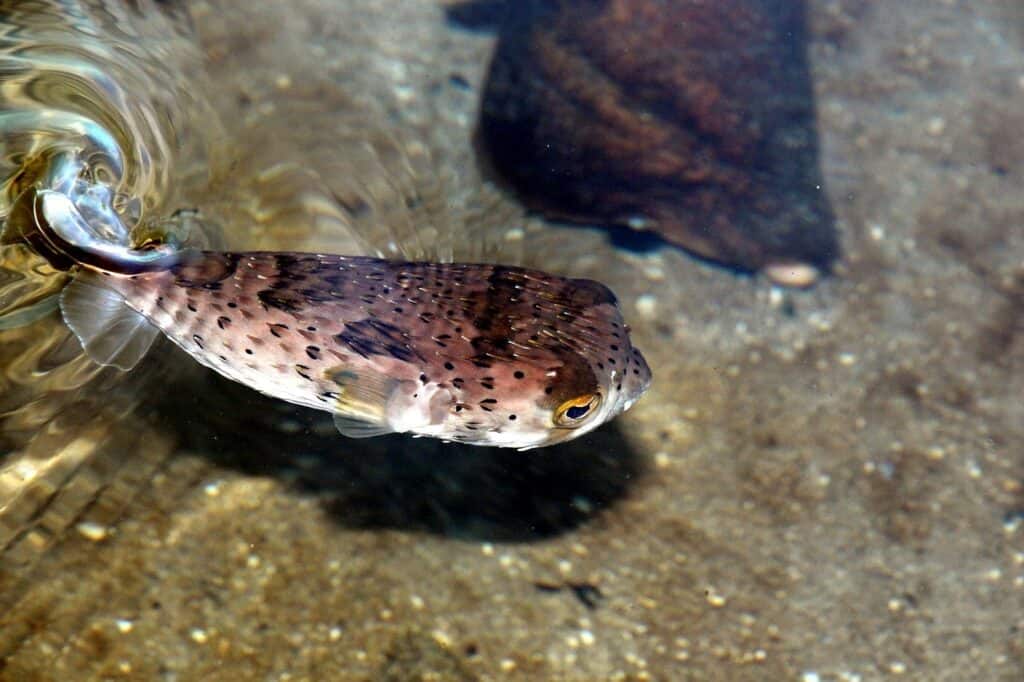 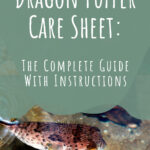 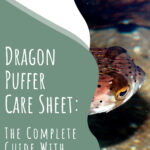 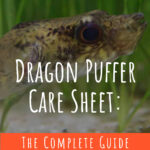 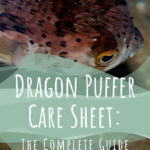 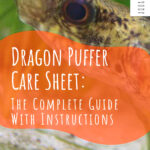 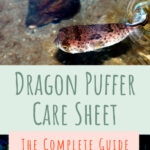 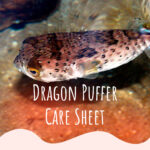 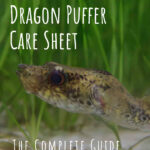 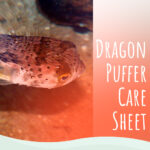 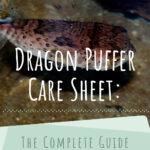 The dragon puffer, also commonly known as the humpback puffer, is unlike any other freshwater fish you’ve seen before. These fish are not commonly found in the aquarium hobby and require a pretty specific setup. Their camouflaged appearance can make them blend into natural aquascapes, but their personality definitely comes through when they’re ready to hunt. If you’re looking for more of a challenge with a species-only tank, then the dragon puffer might be right for you.

Keep reading to find out everything you need to know about dragon puffer care and having one of these fish in your own freshwater aquarium!

Tetraodon palembangensis is commonly known as the dragon puffer, humpback puffer, or king kong puffer. These fish have a noticeable humpback right before their dorsal fin, which has led to their most common name. This bump, along with their serpentine coloration and glowing orange eyes, also make these fish resemble the silhouette and patterns of a dragon.

Members of Pao are freshwater puffers (with only P. leiurus occurring in brackish water as well) found throughout Southeast Asia.

The dragon puffer originates from the slow-moving freshwater streams, rivers, and ponds of Southeast Asia, most commonly throughout Thailand, Laos, Malaysia, and Indonesia. This fish can usually be found resting on the substrate or in the rocks, waiting to ambush any prey that comes along.

Because of their rarity in the hobby and the difficulty of breeding them in captivity, most, if not all, humpback puffers are collected from the wild.

Pufferfish are some of the most interesting fish that you could get for an aquarium, be it freshwater, saltwater, or brackish water! Many species of puffer are known for their bold personalities, outstanding colors, and exciting predatory instincts. However, most puffers cannot be kept in a community setting and have to be kept in a species-only tank or in a solitary setup entirely.

The dragon pufferfish can usually be easily identified if you are versed in puffer species; otherwise, it might be hard to guess.

The easiest thing to look for when identifying a humpback puffer is the humpback! These fish will have a slight arch/roundness at the top of their dorsal, right before their short dorsal fin starts.

Next, you can compare body colors; dragon pufferfish are expert camouflagers, which means that their colors and patterns will perfectly blend in with their surroundings. In order to blend in best, these fish are usually various speckled tones of browns and greys, with some highlights of oranges and yellows as well; their bellies also tend to have larger spots with white breaks. As mentioned before, these fish have deep red-orange eyes that really contrast with their more natural body colors.

There are no discernable differences between male and female humpback puffers.

How big do dragon puffers get?

For being such an efficient predator, these fish stay a smaller size compared to other species. When fully grown, dragon puffers can grow to be about 7-8 inches (17.8-20.3 cm) long.

Dragon pufferfish will do best in a tank by themselves. While they’re not overly aggressive or active like some other puffer species, they prefer calmer setups with lots of plants and hiding spots.

While these fish are on the smaller side, one puffer will still need at least 55 gallons (208.2 L) to itself. These fish don’t require a substrate, but it is best to have as natural of a setup as possible in order to make your puffer comfortable and for it to display its camouflage abilities as best as possible. Because these fish spend most of their time at the bottom of the tank, it’s best to provide a bunch of cracks and crevices out of rocks, driftwood, and plants, so that your puffer can easily hide. It may also help to stain the water with tannins.

Can you have two dragon puffers in one tank?

Since dragon pufferfish aren’t as aggressive as other species of puffer and remain a manageable size, some hobbyists have had success keeping more than one together in the same aquarium. However, one dragon puffer needs 55 gallons (208.2 L) which means that any more will need a reasonably large aquarium with lots of hiding spots.

Though humpback puffers aren’t an active predator like some other species of puffer, they still cannot be kept in a freshwater community aquarium. These fish have been known to eat fish of any size that they can manage to fit in their mouth; even large and more active species can be seen as a potential meal and should not be tried.

These fish do best on their own though some hobbyists have had luck keeping multiple together in bigger aquariums with plenty of hiding spots.

For the most part, you will find your humpback puffer resting on the substrate, waiting for potential food to come along. These fish don’t tend to be very active swimmers but can become territorial if kept with one or more puffers in a tank of the wrong size.

Because Tetraodon palembangensis is a type of pufferfish, this means that these fish have the ability to inflate if threatened. If you find that your dragon puffer is inflating, make sure to check water parameters and other possible reasons why your fish might be stressed, like bright lights, reflections, or strange objects in and around the tank.

As a puffer, Tetraodon palembangensis also contains the deadly neurotoxin, tetrodoxin. However, this poison is only effective when ingested in substantial quantities; still, it is best to wear gloves while working in the aquarium and thoroughly washing your hands afterward.

Since these fish aren’t active most of the day, it’s recommended to feed them every other day. It is also very likely that your humpback puffer won’t accept any food that isn’t live or fresh.

In fact, these fish are so inactive that some hobbyists don’t even see them move unless food is being offered.

What do dragon puffers eat?

In order to keep your pufferfish the happiest and healthiest that it can be, you will need to provide a large assortment of live and frozen foods, including foods that will specifically keep your fish’s beak trimmed. These fish will accept worms (earthworms, bloodworms, Tubifex worms), krill, and even smaller live fish. They will also need to be given a variety of hard-shelled foods, like snails and other mollusks.

For this reason, many hobbyists set up their own live food farms, whether it be shrimp or feeder fish; not only does this pay off economically in the end, but you are also able to monitor populations for disease and nutrient intake.

While rare, breeding humpback puffers has been documented in the aquarium hobby. With a tank of considerable size and perfect water conditions, it is possible that your freshwater puffers spawn on their own.

In the wild, these fish are cave spawners. The male will prepare the cave by digging out a pit for the eggs to be laid and offer protection until they hatch; for the best odds of having your fry reach full maturity, it is best to remove the parents or eggs at this point. However, fry tend to be especially difficult to raise as they don’t actively seek out food on their own. Instead, they wait until manageable pieces float past them, much like their predatory behaviors as adults.

During this time, fry should be provided with a variety of small foods, like brine shrimp and bloodworms.

The dragon puffer (Tetraodon palembangensis/Pao palembangensis) is rare to come across in the freshwater aquarium hobby, but if you have a large enough tank that you can designate to one fish, then they’re definitely a spectacle to be had. Before going out to get your new puffer, make sure to have steady water parameters, lots of plants and driftwood, and have an assortment of live foods readily available.

If you have any questions about the dragon puffer, other members of Tetraodon, or have had experience with a particularly interesting freshwater pufferfish, don’t hesitate to leave a comment below!