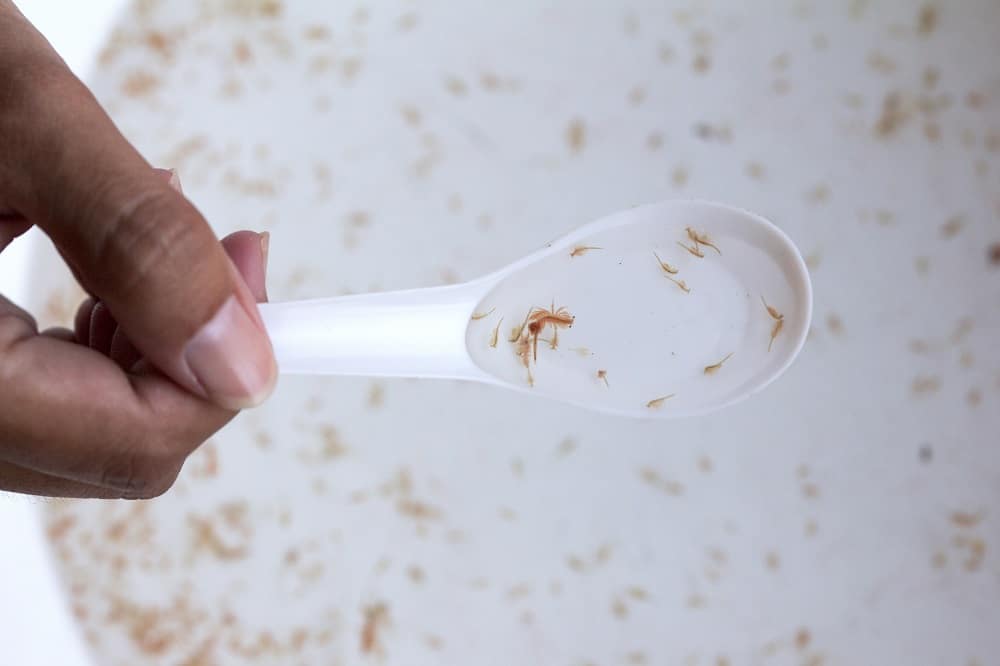 If you’ve been in the aquarium game for long enough, you’ve probably heard of brine shrimp. They’re mentioned as potential fish food in almost every care guide you’ll read, and for good reason.

In this post, we’ll cover everything you need to know about brine shrimp. What they are, the benefits they provide, and how you can grow your own. It’s super easy and your fish will greatly appreciate it!

Note: Brine shrimp are purchased in egg form, since their eggs last for a long time even when dry. If you’d like to give hatching them at home a shot, start by acquiring your brine shrimp eggs (also referred to as Artemia cysts).

Brine shrimp (scientific name: Artemia salina, also sometimes referred to as just ‘Artemia’) are small saltwater crustaceans that are found primarily in inland bodies of water. Despite this, they can survive for extended periods of time in freshwater.

Their adaptability when it comes to water salinity is a rather unique ability and is what makes brine shrimp so perfect as a live food for freshwater aquarium fish. It doesn’t matter if the salinity is super high, or super low. Brine shrimp can find a way to survive.

Brine shrimp are very interesting looking creatures that have eleven pairs of legs, a long tail, and a hard shell. They also have compound eyes that sit on the end of two very short stalks. They typically grow between 12 and 15 millimeters (~0.5″) in length and will reach this size very quickly.

Did you know? Brine shrimp are so easy to hatch that they’re often used as a little science experiment/novelty pet for kids. You might have heard of them under the name sea-monkeys! 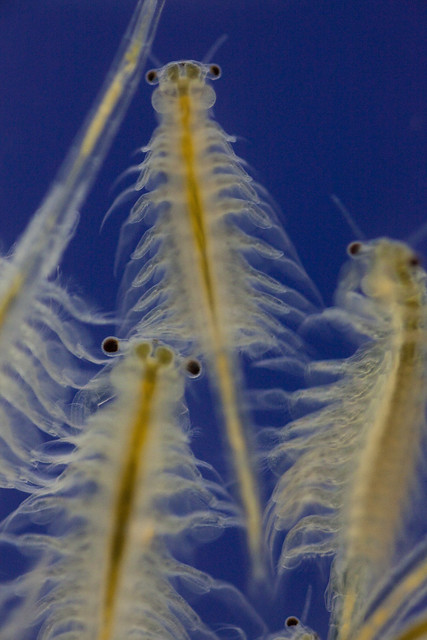 The Benefits Of Using Brine Shrimp As Food

Brine shrimp are an incredibly efficient and energy-rich source of food. In fact, the amount of protein in brine shrimp can be up to 60 percent of their dry weight. This makes them the perfect choice if you need food to facilitate the growth of young fish.

Their protein content is the primary reason why brine shrimp are such a popular food choice in the aquarist community. However, there are quite a few other benefits as well.

Brine shrimp can be fed to a wide range of fish including Bettas, neon tetras, cory catfish, the kuhli loach, and many more. To be honest, it’s harder to find fish that CAN’T eat brine shrimp than ones that can.

Raising your own brine shrimp comes with a number of challenges that you’ll need to deal with. Don’t worry, though: with a proper instruction sheet by your side that lays out all the steps, it’ll be easy as pie.

Once you’ve got your brine shrimp hatchery in order, the next step will be to make sure the water in the tank can actually facilitate hatching.

You’ll need chlorine-free water and a bag of aquarium sea salt to make this happen. Simply measure your tank to figure out its volume and follow the instructions on the bag of salt. You’ll want to achieve a slightly higher than average level of salt concentration (25ppt to be exact). You’ll also want to add some airstones to the larger side of the tank and turn them on before you add the eggs.

Once your hatching tank is ready it’s time to add the eggs! Using the stocking density goal of 1 gram of eggs per liter, add the appropriate amount of eggs and close the lid. That’s it for now.

After 24 hours you should check on the tank to monitor the progress. Depending on the situation you could be ready to move on to the next step, or you might need to wait another twelve hours for further development. f you see tiny specks dancing around the tank, congrats: you’ve got baby brine shrimp.

If you plan on growing your brine shrimp to adulthood then you’ll need to add water to a growing tank. The growing tank should should have the same water parameters and salt density to ensure the baby brine shrimp don’t suffer a shock to their system.

To move the brine shrimp, use a light source to lure them through the hole you created in the divider (described in the previous paragraph). This will separate them from the rest of the unhatched or dead brine shrimp. Then, you can easily transition them to the growing tank with a net, or simply feed them directly to your fish. It can be helpful to use a special super-fine brine shrimp net. 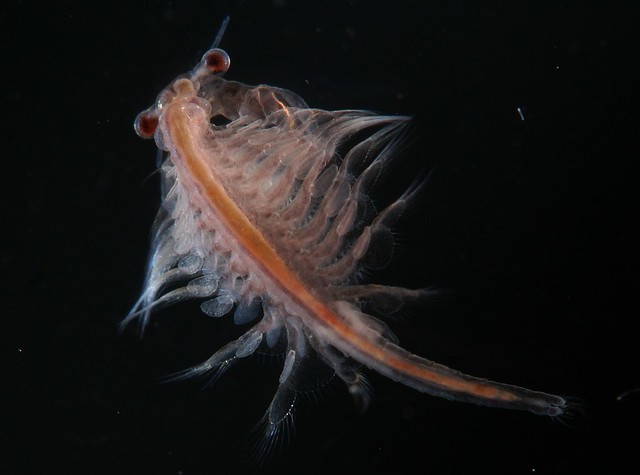 If you want to feed your batch of baby brine shrimp to your fish there isn’t much you need to do. The only thing to remember is to give them a quick rinse with tap water and place them in a container or small tank that shares the same water parameters as your fish tank.

This will ensure that your brine shrimp are clean and acclimated to the same kind of water your fish live in. When your fish eat brine shrimp that come directly from different water there can be health consequences.

Brine shrimp are a fantastic source of protein and energy for your fish. Even better, they’re super easy to cultivate at home! There’s a reason why almost every experienced aquarist has them on their shortlist when it comes to live food.

You should now have a better understanding of brine shrimp, their benefits, and the basics of how you can hatch your own. If you’re someone who’s unsure if hatching and growing your own brine shrimp is right for you, we encourage you to give it a shot!

If you have any more questions about hatching brine shrimp eggs or if you’d like to share your own experiences with this ideal live fish food, don’t hesitate to leave a comment below.

Want to learn more about cultivating other types of live fish food at home? Don’t forget to have a look at the following: 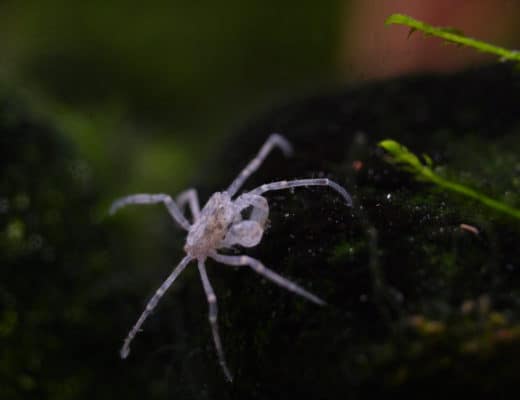 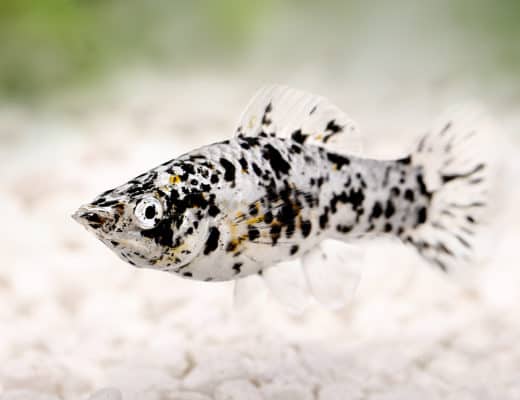 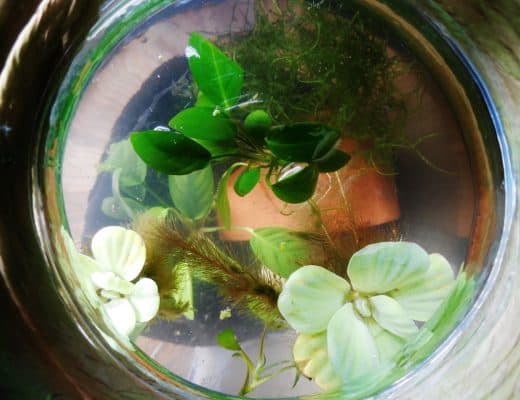 Setting up a planted fish bowl