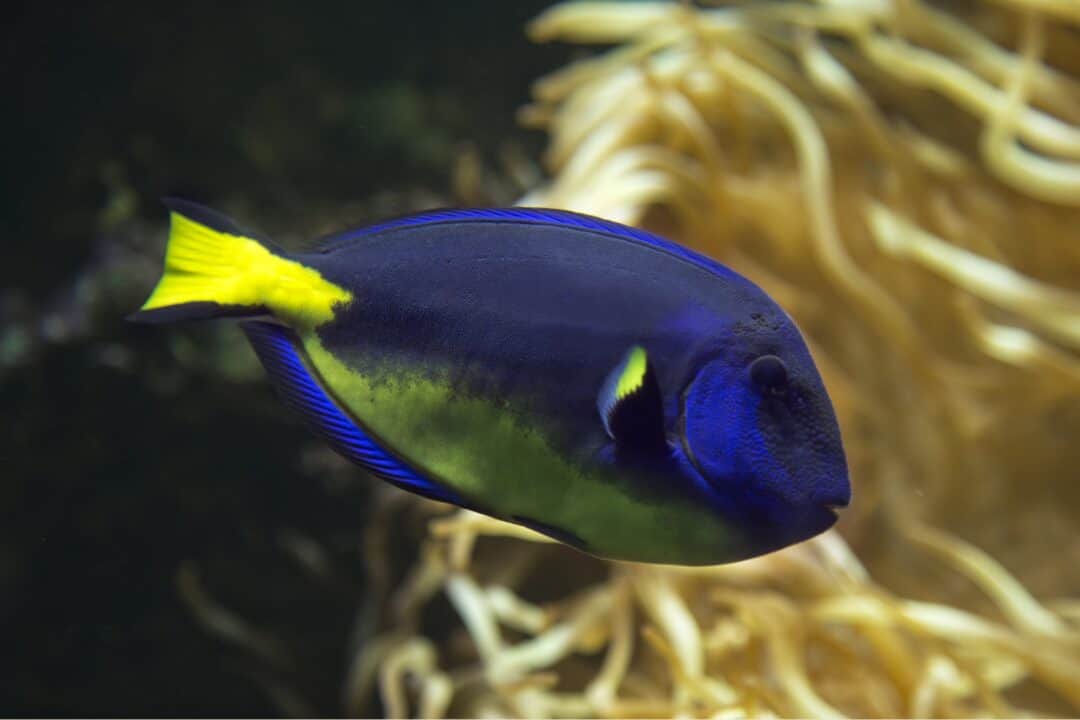 The Blue Hippo tang makes a stunning addition to a large marine aquarium.

Several species of surgeonfish or tang are called Blue Hippo tangs, such as the Powder Blue Tang (Acanthurus leucosternon) from the Indo-Pacific region and the Blue tang (Paracanthurus hepatus) that’s found in the Atlantic Ocean. However, all those species are related, and they have similar care requirements.

In this Blue Hippo Tang care guide, we explain how to look after these beautiful fish.

The Blue Hippo Tang (Paracanthurus hepatus) is a type of surgeonfish that has many descriptive names used to describe the fish’s appearance and where it’s found. Those monikers include:

These gorgeous marine fish are found across the Indo-Pacific from East Africa, north to southern Japan, and southward to the southern area of the Great Barrier Reef and Samoa.

Here, these active fish live in the fast-flowing waters of seaward reefs up to depths around 134 feet. Blue Hippo tangs feed mainly on inverts, zooplankton, and some algae. The active swimmers live in schools, swimming loosely together 3 to 6 feet above the ocean floor. When alarmed, juvenile fish will hide among the branches of isolated colonies of Cauliflower Coral.

Although these fish appear on the IUCN Red List, they are categorized as being of Least Concern since their numbers are stable and they inhabit protected areas of the ocean.

Have you seen “Finding Nemo”? The movie star, Dory, is a great example of a Blue Hippo Tang. These fish are deep, flat-bodied fish. They have a blue body that ranges from a stunning electric to a deep blue color with intense black markings, resembling an artist’s palette.

The fish have a bright yellow tail fin that comes to a point at the caudal area, forming a distinct “V” shape, bordered by a black bar at the bottom and top edges. Some specimens in the Indian Ocean have a pale yellow belly.

Male and female Blue Hippos have the same body style and body shape and look very similar, although adult females can be larger than males.

These beautiful fish can grow up to 12 inches long when cared for correctly.

What is the Blue Hippo Tang’s Lifespan?

If you take on a Blue Hippo tang, you should know that these amazing fish can live for between 30 and 45 years if fed correctly and provided with a well-maintained tank.

Now, let’s take a look at the tank conditions that this awesome fish needs to survive.

Juvenile tangs up to 5” long can be kept in a 75-gallon aquarium. When the fish reach 8”, they must be upgraded to a 125-gallon tank. After that, a 180-gallon tank is required for these large ocean-going fishes. It’s possible to keep a shoal of tangs, but you’ll need a tank approaching the size of a swimming pool.

Ideally, the water temperature should be between 72 and 78F with normal ocean salinity and a pH level in the range of 8.1 to 8.4.

The water conditions need to be stable, and the fish need a strong current that provides good surface agitation. You’ll also need a good skimmer to maintain excellent water quality and oxygenation levels.

You need a mature tank with plenty of live rock for frightened tang to hide in and a coral sand substrate.

The aquarium also needs to have plenty of open water swimming space for these large, graceful fish.

As you can quickly guess, these fish are not for the average saltwater fish tank owner.

Blue tangs are semi-aggressive fish with conspecifics, although they can live peacefully with some other community reef fishes. In fact, Blue tangs can sometimes become the victims of bullying by more aggressive tank mates and other tangs.

Juvenile specimens will often tolerate each other, but you should always house these fish singly when they reach adulthood, as mature Blue tangs won’t tolerate their own species or even some similar-looking fish.

It is possible to keep these popular fish with other species of tangs, but you need to choose those that eat different foods and are different in appearance. So, you could mix a Naso tang and a Purple or Yellow tang with a Blue Hippo Tang since they all need a different diet. However, you would need a tank of at least 400 gallons to do that successfully.

Even so, we recommend that you introduce the fish as juveniles, adding the Blue tang first. That avoids confrontation over territories when the fish are older. Never add a tang to a setup that already contains tangs that have marked out a territory, as that can cause aggressive behavior. That said, you can alleviate problems by arranging rock so that natural barriers are created.

Don’t keep puffers, triggers, or any other aggressive species that can cause your tangs to become stressed, causing potential health problems. Blue tangs have a venomous caudal spine that they will use to defend themselves, so be vigilant and prepared to remove any fish that are triggering aggression in your tangs.

These gorgeous fish are reef-safe saltwater aquarium fish, as they won’t bother your corals, being planktivores. However, it’s still a good idea to glue your corals firmly into position, as these popular saltwater fish have a habit of darting around, which can dislodge your coral. Anemones are safe, as are seahorses and mandarins.

Although invertebrate species are safe from these tangs, Blue Hippo tangs will eat copepods and zooplankton that they find hiding in algae.

This species of fish are classified as planktivores, feeding primarily on zooplankton. However, the fish sometimes eat algae, too. In fact, the zooplankton that makes up much of the tang’s diet has fed on algae and phytoplankton, so the fish derive what vitamins they need from that.

You can supplement that diet with marine algae and meaty foods such as vitamin-enriched brine shrimp or finely chopped frozen or fresh shrimp. Blue tangs also benefit from the inclusion of gut-filled (by algae) live mysis and brine shrimp.

Problems such as Hole-in-the-Head disease and Lateral Line disease can be avoided by feeding them foods that have been enriched with vitamin C and not using activated carbon in your filtration system.

How Much And How Often Should I Feed Blue Hippo Tangs

Ideally, your Blue Hippo tangs should have regular feedings several times each day, offering only what the fish will clear in a few minutes.

Since tangs don’t produce as much body slime as other marine species, they are often referred to by some hobbyists as “dry-skinned fish.” That physical quirk makes the fish very vulnerable to protozoan diseases such as Cryptocaryon or saltwater Ich. The most common fish diseases that affect Blue Hippo tangs include:

In the captive environment, the cleaner wrasse helps the tangs by removing parasites from their skin. However, those species of wrasse are extremely challenging to sustain in the tank environment. Neon gobies and cleaner shrimp are a better bet in your home aquarium. If you treat tangs with medication, take care that it doesn’t contain copper, as that can be harmful to the important microfauna in the fish’s gut.

You can enrich the fish’s food by adding vitamins to the food, soaking dried pellets in liquid vitamins, or putting liquid vitamins into the fish’s water. You might also like to try offering your tangs some veggies such as blanched zucchini, lettuce, spinach, and broccoli.

Blue tangs are open water spawners that form bonded pairs that stay together even within group situations.

Males sometimes develop deeper, more vibrant colors during the breeding season, probably to warn off rival males and attract females. In a group, a mated pair will rise to the surface to spawn. The tiny fertilized eggs are dispersed in the current, hatching into larvae. The baby tangs remain in a larval state for between 42 and 68 days.

At that point, they morph into tiny, 1-inch juvenile fish that join the reef, hiding away in crevices and seagrass forests for safety as they grow. Many an unsuspecting saltwater fish tank owner has bought one of these tiny, fish-nugget-sized fish only to find out in a few months that they have a large marine fish too big for their tank.

Although there are reports of tangs spawning in public aquariums, breeding these fish in a home tank is not common.

You can buy Blue Hippo tangs in good marine and reef stores and online, starting at around $30 for a very small 1” o 2” juvenile specimen.

Are Blue Hippo Tangs Suitable For A Beginner?

Unfortunately, these fish are one of the more challenging tangs to care for. However, if you have some basic experience in keeping marine fish, you can take on one of these beauties.

You will need a large tank so that the fish have the swimming space they need. Overarching rockwork, crevices, and branches of cauliflower coral are also important so that the fish have somewhere to hide and sleep.  Blue tangs are quite shy, timid fish that will refuse to come out and feed if they feel stressed and afraid.

Blue Hippo tangs have a venomous caudal fin spine that can cause a painful reaction if you get spiked while carrying out tank maintenance. If you need to catch your fish, use a container rather than a net, as a net can easily snag the spine and injure it.

The Blue Hippo Tang is a large and beautiful marine species that can make a wonderful feature fish in a large reef tank.

However, these amazing saltwater aquarium fish are not recommended for complete beginners to the hobby. They can be somewhat delicate and vulnerable to many common fish diseases if pristine water quality is not maintained.

Did you successfully breed Blue Tangs in your home reef tank? Tell us your story in the comments box below! 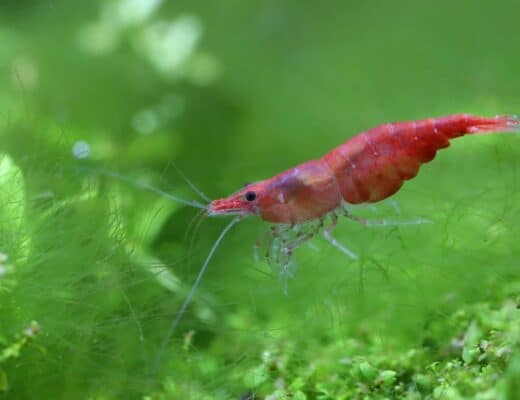 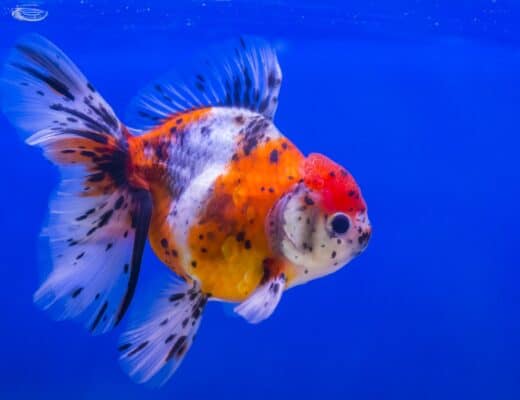 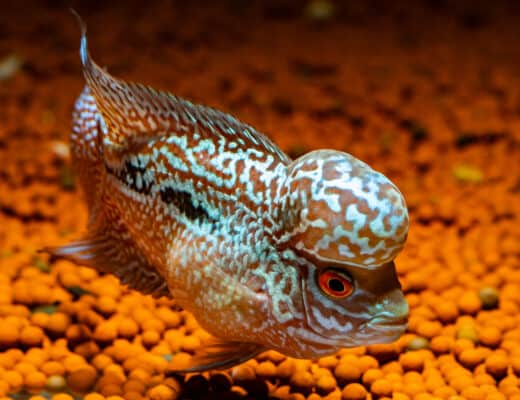