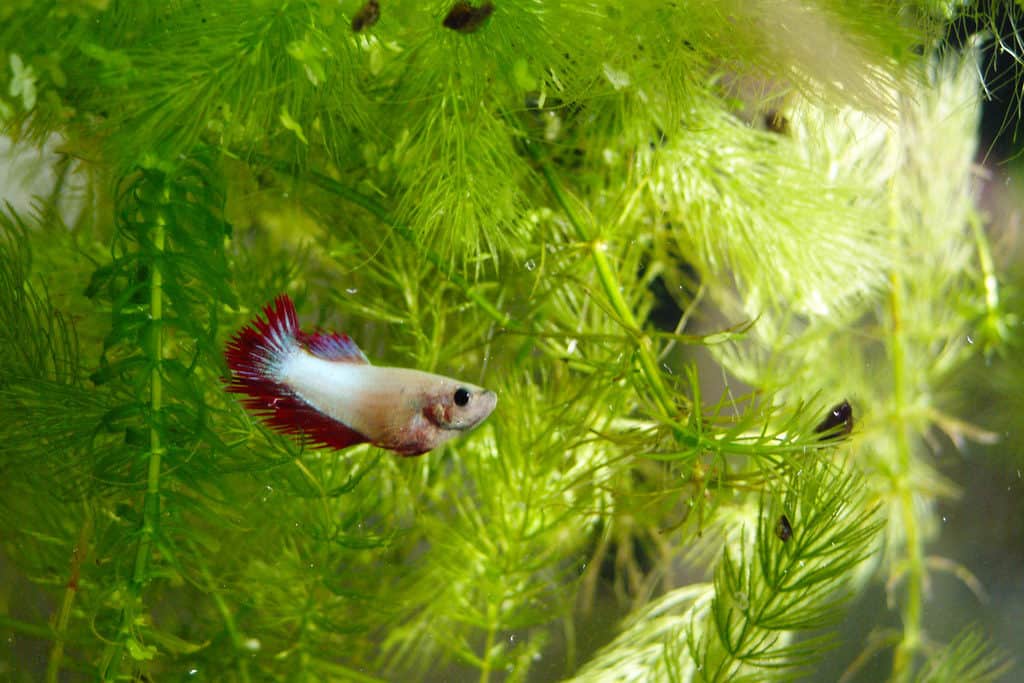 If you’re been in the aquarium hobby for a while, you might have come across the term “Betta sorority”. Many aquarists still advocate for keeping multiple female Betta fish together, as they are supposed to be less aggressive than their male counterparts.

Is this actually true? Can female Bettas cohabit peacefully in aquariums as small as 10 gallons (38 L)? The world of domestic Betta keeping is riddled with myths and as you might have guessed… this is, unfortunately, one of them. Keep reading to find out the ugly truth about the concept of the Betta sorority.

What is a Betta sorority?

When it comes to Betta tankmates, one of the biggest and most stubborn myths is that you can keep a group of female Bettas together. This concept is is known as a Betta sorority. Unfortunately, though the name makes it sound quite fun the Betta sorority is a cruel practice. In our opinion, it shouldn’t be a thing in this day and age where information about Betta keeping is so readily available online.

Just think about it: almost all the major guides for keeping a “successful” Betta sorority essentially tell people how to try and stop their Bettas from hurting and killing each other. If you have to frame keeping a Betta sorority in such a way, it’s obviously not in the best interest of the fish! We’ll go into the specific reasons for not keeping sororities below.

Note: if you’re interested in keeping a Betta (whether male or female) with other fish, pop over to the article on Betta tankmates. This article describes some of the few actual suitable aquarium fish species to accompany your Betta.

Why shouldn’t you have a Betta sorority?

What about Betta sororities kept by many breeders?

It’s not uncommon to see a Betta breeder with a Betta sorority. For many breeders, it ultimately comes down to space and demand, but this doesn’t mean their sororities are successful nor that you should attempt the same thing at home.

Unfortunately, it’s no secret that male Bettas are the ones that fetch high prices. A lot more care is typically given to the boys to ensure that they’re looking their best. This means that males are often separated and given their own jars or tanks to ensure that their bodies and fins are left undamaged, which makes them a lot easier to sell. This also means that males need a lot more space and resources to raise.

Females, meanwhile, are often practically given away since many people typically don’t buy females unless they’re planning to breed… or they’re creating a Betta sorority of their own. It doesn’t help that many breeders, in their desperate bid to offload excess females, often sell groups for cheap.

It’s important to note that Betta sororities kept by Betta breeders are, more or less, like how you see fish kept in pet stores. We all know that fish store aquariums are overstocked and that staff has a bad habit of mixing incompatible fish. Those setups are meant to be temporary, with the goal being to move as many fish as quickly as possible. When it comes to Betta sororities kept by breeders, the goal is much the same. Just as we wouldn’t attempt to squeeze entire schools of fish in a tiny tank-like aquarium store do, we shouldn’t imitate the habit of keeping Betta sororities.

What about keeping wild female Bettas in groups?

What many people don’t realize is that the Bettas we see in pet stores, despite all their different looks, are just one species of Bettas. They’re domestic Betta splendens that are bred to be very aggressive to best show off their form and colors.

There are over 70 officially recognized Betta species with another 20 or so that are yet undescribed. A lot of these species are more docile than domestic Betta splendens and can potentially be kept in pairs or even groups, including groups with multiple males and females. However, much more research is needed since there’s still much debate about how compatible some fish are.

For example, Betta mahachaiensis, Betta smaragdina, and Betta imbellis, three species believed to have had a major role in the creation of our beloved domestic Bettas, are often listed as being able to be kept in pairs or groups with one male and multiple females. Yet, many fishkeepers are finding that they’re just as aggressive as the domestic variants and cannot be safely kept with others of the species. Even the females!

Looking to get into keeping wild Bettas (whether alone or in groups)? The article on wild Betta species describes some of the beautiful varieties out there that can be just as or even more exciting to keep than domestic Bettas.

As you can see, there are lots of reasons why Betta sororities should not be attempted. Give female Bettas a chance by setting them up in their own tanks like you would with males. There are countless stories of people falling in love with female Bettas once they give the fish the best chance to thrive. The females deserve as much love and respect as the males and can be every bit as impressive.

Want to know more about the specifics of female Bettas and keeping them in your aquarium? You can find a full article on the topic here!

Considering keeping a Betta sorority because of the females’ irresistible colors and active, zippy behavior? There are many alternatives that won’t bring you nearly as much stress. Have a look at the article on colorful fish, for example, or read up on keeping the equally colorful but much more mellow fancy guppy.