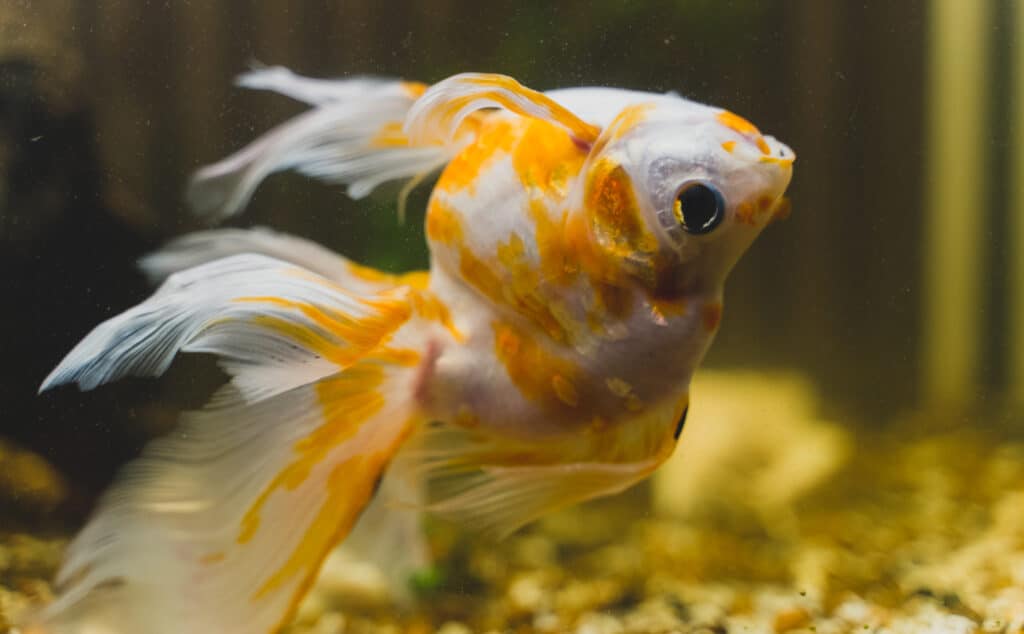 Ammonia is a gas that is produced by decomposing organic matter. It’s found in nature and is also used in many industrial processes. Ammonia is very poisonous to fish and can cause severe burns.

However, there are ways to protect your fish from ammonia poisoning and burns.

In this article, I’ll cover everything you need to know about ammonia fish burns, including the symptoms, treatment, and prevention.

What Is Ammonia Toxicity?

Ammonia poisoning occurs when the ph levels in a fish tank become too high, disrupting the nitrogen cycle. In an ideal situation, there would be no ammonia present. However, tap water and organic matter like dead plants that decompose inside the tank can increase ammonia levels.

It can strike at any time, and various factors cause it. The filter fails due to power or mechanical problems when too many fish are crammed into a tank all at once.

Also, it happens when colonies of bacteria die off due to the use of medications or a significant change in water conditions.

Since you won’t be able to see excessive ammonia levels, you should detect high amounts of organized ammonia (NH3) through routine water testing.

What Are Ammonia Burns?

Ammonia burns are lesions on fish’s skin when they come into contact with elevated ammonia levels. They can occur anywhere on the body but are most commonly found on the fins, gills, and tail.

The fish’s ability to swim, eat, and breathe is hampered as it succumbs to the disfiguring effects. If left untreated, ammonia burns can be deadly.

What Are the Indications of Ammonia Fish Poisoning?

Once your fish has been poisoned by ammonia, the effects will progress and cause more severe symptoms.

Some of the common symptoms of ammonia fish poisoning include:

What Are the Indications of Ammonia Fish Burns?

More often than not, ammonia burns will not appear for a couple of days after fish are first exposed to high levels of it in their tank.

Here are a few indicators that ammonia is causing a lot of damage to fish:

Ammonia poisoning doesn’t happen out of the blue. It’s important to be aware of the causes so you can take steps to prevent them.

Ammonia poisoning is most often caused by:

When the ammonia spikes rise above 1 ppm, it’s time to take action. First, you should lower pH levels with a pH buffer to make the ammonia less toxic.

Then, do a partial water change and vacuum the gravel to remove any decaying matter. I recommend changing 50 % of the water for an ammonia-safe level.

Meanwhile, you should reduce the fish in the tank and feed them less. Thus, the fish will produce less fish waste and won’t break down into ammonia as quickly.

Most importantly, never add new fish to the tank until the ammonia level returns normally. You won’t like it when all your fish start dying!

When you notice sick fish, you should immediately move them to a quarantine tank.

It might be a little effort, but it’s worth it to avoid the headache of dealing with ammonia toxicity.

Here are some tips on how to prevent it:

The key to preventing ammonia poisoning is to create a colony of healthy bacteria in your fish tank. These bacteria will consume the ammonia and convert it into nitrite levels, which are less toxic to fish.

To do this, you can ask a buddy with an established, healthy aquarium for some gravel from the bottom of his or her tank. The anaerobic bacteria in this filthy gravel aid in the nitrogen cycle’s completion, keeping both ammonia levels, nitrate levels, and any other toxic substance at bay.

Within three weeks, the “good bacteria” present in your friend’s gravel will have colonized your entire fish tank, thus completing the nitrogen cycle and allowing you to avoid any ammonia-related problems.

However, if you do not use this established gravel, the procedure might take three to four months. You can do it by following these steps:

Food leftovers and uneaten food result from overfeeding. When you leave this food in the tank, it will start to decompose and release ammonia into the water, thus increasing the level of ammonia.

To prevent this, only feed your fish as much as they can eat in 5 minutes. Also, vacuum the gravel regularly to remove any uneaten food.

Clean water will never hold as much ammonia as dirty water. Ammonia is produced when fish excrete waste, accumulating in the water over time.

To prevent this, do a partial 20-25 % water change weekly to raise the aquarium water quality. Also, you can use an aquarium filter to remove some of the waste from the water.

Further, you do regular water testing to make sure that the ammonia levels are not rising. I recommend using API Ammonia Test Kit twice a month to maintain safe water parameters.

Ammonia poisoning is a serious problem that can kill your fish. However, by taking the necessary precautions, you can prevent it from happening.

Keep your fish tank clean; perform frequent water changes, use dechlorinated water, and don’t overcrowd your fish. Also, make sure to create a colony of beneficial bacteria and adjust the ideal water conditions in your tank.

Following these tips can avoid ammonia poisoning and keep your fish healthy and happy.