The goldies have been in the pond for almost 2 months now, so I figured it was time for a little update! They are doing great 😀 I took some photos the other day while they were out in the sunny part of the pond. 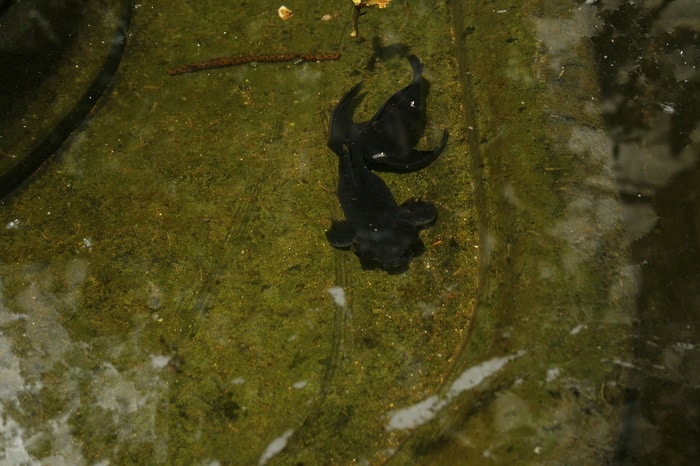 Antoine
I was a bit worried about him at first because he was bottom sitting a lot, seemingly due to the colder nights; now that the temperature has increased, he’s doing much better. He is active, eating well and seems to really enjoy the pond life. He even seems to have grown a bit and even gained a bit of weight, although he’s still by far the skinniest of the three. 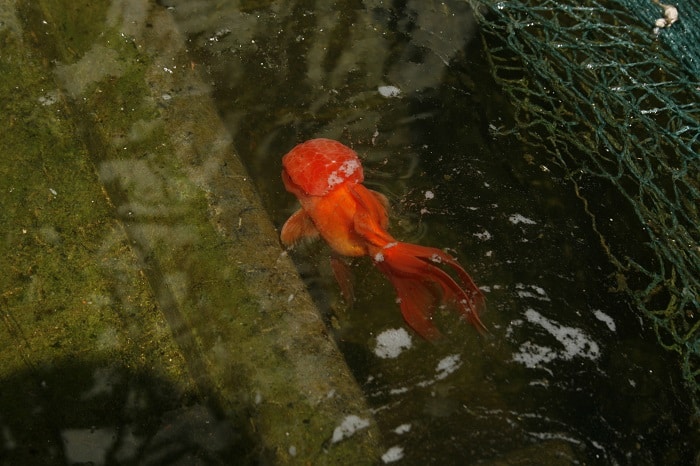 Leon
Leon is doing fantastic in the pond so far and he has grown a lot, especially his wen (headgrowth). You can see the little white growth pimples that indicate wen growth in the photo if you look closely. Leon also seems to have gained quite a bit of mass; I’ll be taking hand photos for the next update to compare sizes. 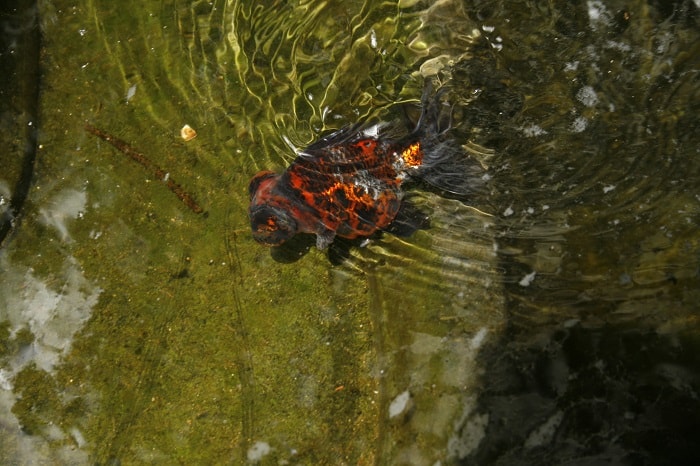 Last but not least, Sauron. He also seems to be doing quite well. His sight isn’t too great, but he often forages in other places than Leon and Antoine so it’s very easy to target feed him and make sure he gets enough food. His colors have become super vibrant during the past two month, and luckily his beautiful pattern hasn’t changed/

The pond was plantless up until now due to the local pond supply stores not having any plants in stock. We finally got some plants today, which will hopefully help with the water quality and clarity and provide the fish with something to nibble on between feedings. 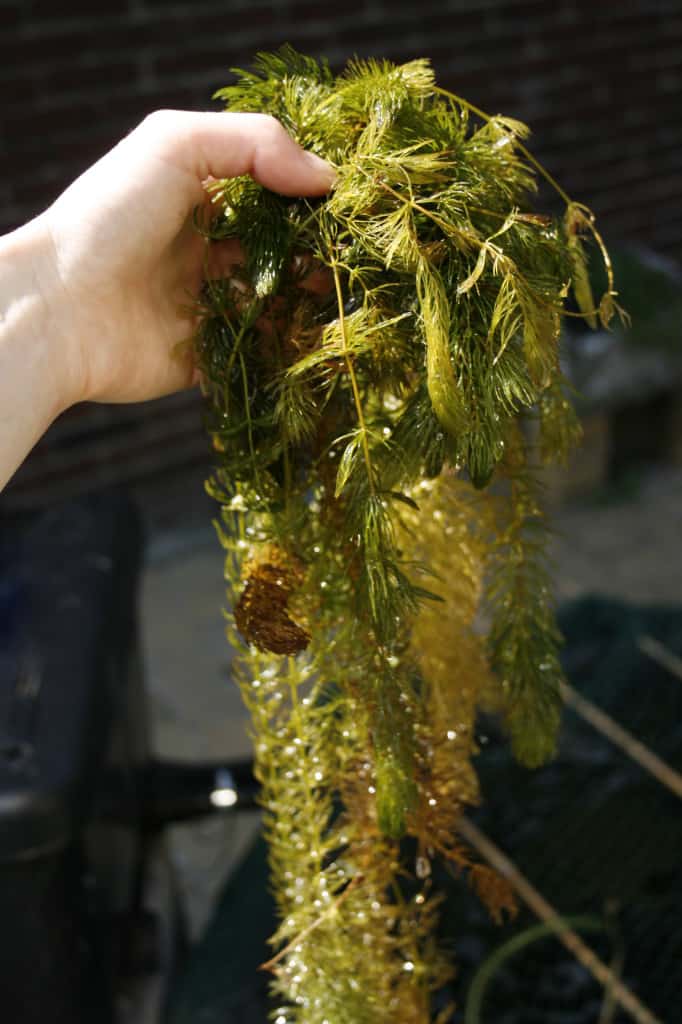 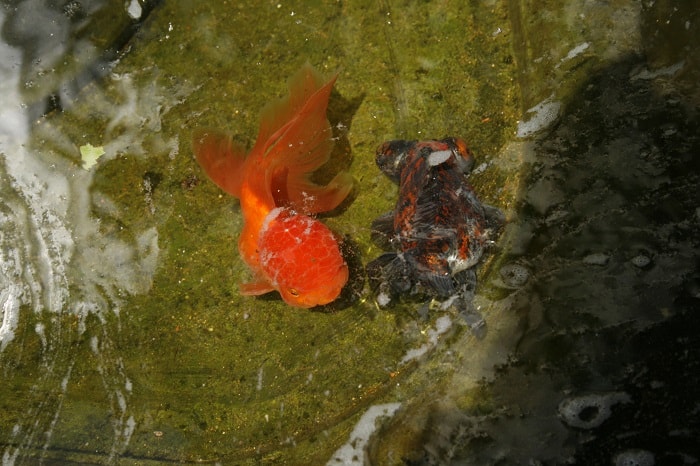 If you’re interested in building your own (temporary) pond, have a look at this article.

My visit to a HQ Goldfish importer!