Can Fishes Have Seizures: Everything You Need To Know About Fish Seizures 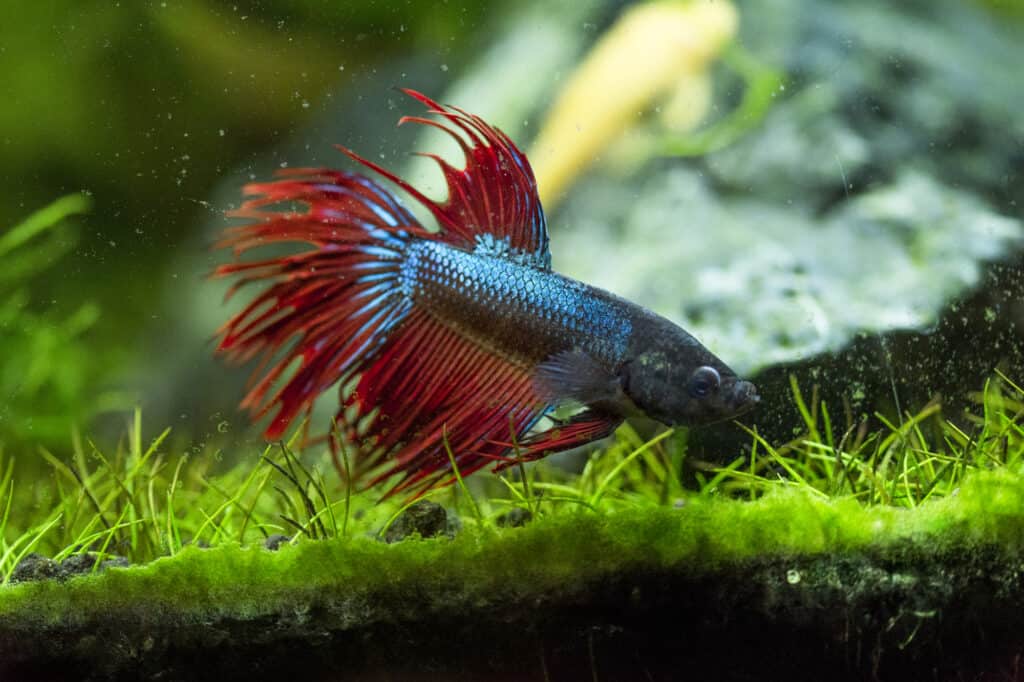 If you’ve seen your fish start convulsing, getting wobbly, or starting to tremor, you might have been concerned about what was happening – and rightly so!

Well, there’s a good chance your fish could have been having a seizure. Although so rare that many fish keepers never encounter one, these can, in fact, happen, and just in case it does, it’s best to know what to look for and how to calm your fish down.

Maintaining a healthy aquarium is the first step to preventing any seizures. However, the root cause may not always lie in your treatment of your pets, and you should still know the signs of a seizure even if your fish is receiving all the correct care.

Can Fish Have Seizures?

You might be shocked to learn that, in many cases, fish are actually used in the testing process of anti-seizure medications. Sadly though, their use as guinea pigs has little benefit to their own kind, as there are almost no studies on seizures in fish.

It’s commonly known that pets such as dogs and cats can suffer from seizures, but not many people realize that fish can too! In fact, any animal with a central nervous system can suffer from some type of seizure. These can be both painful and hugely unpredictable.

In general, a seizure is a sudden disturbance in an animal’s brain or nervous system. It can affect both the behavior (which is why we see muscle spasms as a common symptom) and the consciousness of its victim.

What Does a Seizure Look Like in a Fish?

Seizures are often characterized by abnormal twitching/jerking of the body, strange behaviours, and uncontrollable eye movements, most of which can also be seen in a fish.

It’s not common to see any eye movement in fish anyway, so when looking for signs of a seizure, focus on the twitching and jerky movements of the body.

Your fish may exhibit other signs, such as shortness of breath, when experiencing a seizure. It may hide in the corner of a tank, under a decoration, or behind a plant for hours at a time. Or it may quickly sink to the bottom of the tank and display minimal movement, sometimes even appearing dead.

Why Is My Fish Seizing?

There are several factors that may cause your fish to have a seizure. Read about each of them below to learn about what may be causing this behavior in your fish.

Fish have a lateral line system, which helps them detect noise through cells to sense vibrations and pressure changes in the surrounding water, and these lateral lines are incredibly sensitive.

You may think that normal tapping on the side of the tank is okay, but something even as simple as this can scare your fish due to the vibrations it will feel in the water. The fish’s reaction to this may be fatal. – It’s not a joke when signs in aquariums and pet stores everywhere say the same thing – “Do not tap the glass!”

Light frequencies can also have an effect on a sensitive little fish. Red, blue, and green frequencies are less intense, so it’s worth investing in an aquarium light with adjustable frequency and brightness levels.

Fish also don’t cope very well when exposed to bright lights or flashes, avoid things such as camera flashes or shining a torch into the tank. To help your fish feel more at ease in a bright environment, even a well-lit room, for example, it’s often a good idea to use tannins in order to tint the water, which can aid in reducing light penetration, making your fish feel safer.

Another addition to helping your fish block out light and hide from it is adding plants to your aquarium. These provide shade and shelter and help keep your fish feeling safe and hidden.

Viral infections, bacterial infections, or even fungal infections are all also thought to be causes of seizures in fish. Although there is not enough research to support this, at the very least, the stress the fish may experience from these illnesses may also cause a seizure.

Some parasites may also cause damage to the nervous system of the fish, which can also result in uncontrollable movements and convulsions. The infected fish may experience heart attacks. Lack of oxygen can result in clonic-like convulsions.

As previously mentioned, stress caused by illnesses and infections may cause seizures in your fish.

Stress can also result from overcrowded tanks, poor water quality, and fear, so ensure to keep all of these stress factors to a minimum to keep stress levels low in your fish.

If a fish is startled, sadly, this can cause it to suffer from a sudden seizure. Sudden shocks can overload a fish’s little brain, resulting in a seizure that can be extremely painful to experience.

There are many fear-inducing factors for fish, such as being chased by another fish in the tank, a sudden flash of light (such as a photo), or a sudden noise (such as a tap on the aquarium glass resulting in noise shock). Ensure that whatever you do, you don’t do anything that could startle your fish!

It’s a known fact amongst fish keepers that fish are unable to adapt to sudden changes in water temperature. This is why when we first get a pet fish and transfer them to the tank, it must be slowly acclimated to the water.

For this reason, it’s incredibly important to be careful when changing the water in the tank. Adding a fish to a new tank of water without matching the temperature can result in your fish suffering from a seizure or even dying from temperature shock.

Did My Betta Fish Have a Seizure?

If you notice your fish convulsing or rapidly twitching, then sadly, at the moment, there isn’t much you can do to help him, as there is a good chance he may be having a seizure.

Like some other types of fish, Bettas are more prone to seizures than many other species of fish, so there’s a good chance that if your Betta fish appears to be having a seizure, that’s what’s happening.

It’s important to be able to distinguish the difference between a betta fish seizure and general mating behaviors. Some twitching and erratic movements can be done purposefully by some species in order to display dominance during a mating ritual. Usually, these are easy to spot as these movements will be more controlled, won’t last as long, and will be directed toward another fish.

If your fish looks out of control, perhaps even scared, listen to your intuition, as there may be something seriously wrong with him.

For more information on Betta fish seizures, check out this article.

Can Molly Fish Have Seizures?

Molly fish are among the breeds of tropical fish more prone to seizures. Other fish on this list include:

In Mollies, however, it’s important to ensure you’re not confusing a seizure with the ‘shimmies.’

The ‘Shimmies,’ although adorable, is a common disease in livebearer fish, such as Mollies, with one of the main symptoms being a shimmy, in which the fish rocks its body side-to-side in a snake-like motion.

The ‘Shimmies’ can be caused by:

Can Fish Have Epilepsy?

In epilepsy, these seizures are often triggered by something, particularly flashes of light.

Sorry to have to break this to you, but it’s not a simple answer; this totally depends on the fish.

If your fish is a livebearer, such as a Molly, an appearance of seizing may just be a symptom of the ‘shimmies.’ A condition in which a fish shakes in response to its surroundings, causing them some type of discomfort.

In any other case, if your fish appears to be having a seizure, you should assume that that’s what is happening and be sure to get your fish to a veterinarian or aquatic medic as soon as possible.

If left untreated, your fish may suffer permanent damage or even death.

There are, however, ways to calm your fish down when they’re having a seizure, which may help when you’re unable to seek professional help immediately.

How To Calm Your Fish Down From a Seizure

When fish experience a seizure, they can become frantic and swim in circles. You can take the following steps to try to calm your fish down during a Seizure:

First, remove any items or plants on the aquarium floor, as your fish may swim into them and get injured.

Spray the water with a little bit of vinegar. This can help dissolve some of the substances on the aquarium floor or neutralize the pH, both of which could be causes of the seizure. Maintaining the correct water parameters is essential so as not to cause further stress to your fish.

Next, Hydrogen Peroxide is a great neutraliser for high ammonia levels in the fish tank, another potential cause of the stress.

Talk to an Expert

You shouldn’t wait to do this until you have completed the other steps. You should ideally make contact with an expert first and try these solutions if you’re unable to get through to one, for example, if it’s the middle of the night.

How To Prevent Your Fish From Having Seizures

Now that you’re familiar with the causes of seizures in fish, you may know what needs to be avoided to prevent a seizure. Here is a list of all the measures you can take to prevent your fish from having a seizure:

If your fish appears to have had a seizure, and you are concerned about its well-being, it’s crucial to understand what may have caused this effect on your fish.

I hope this article has helped answer some of your queries about seizures in fish and remember if your fish appears to have had a seizure – Contact your vet immediately!